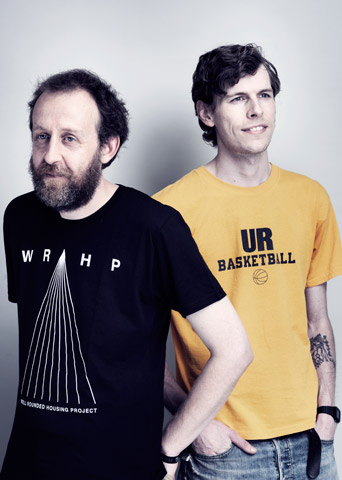 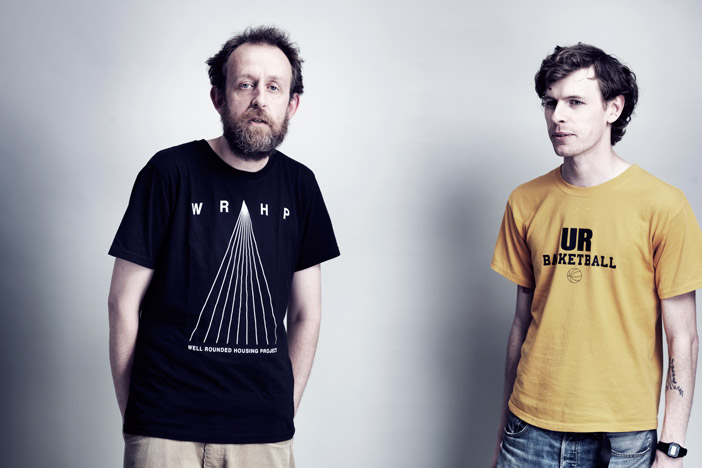 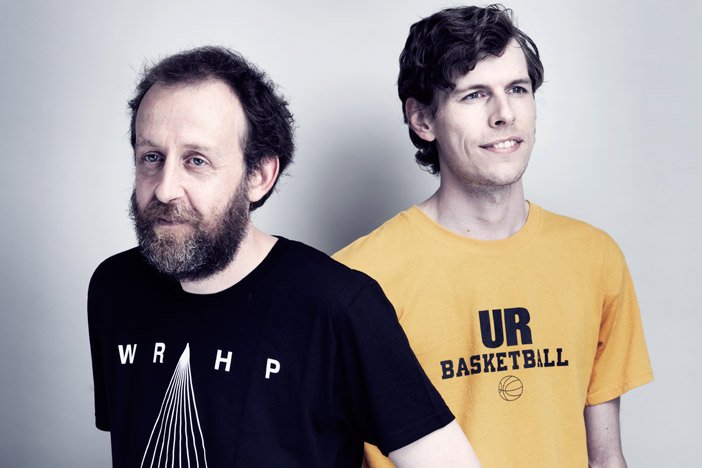 A few years ago you couldn’t get arrested playing house. The music, which characterised the 90s, was dead and buried to all but a few obsessives. But then it was saved by, of all things, dubstep. Some of that genre’s bored producers started looking back for inspiration, past garage into pure house music. Within a few years deep house would be the sound of Brighton’s dancefloors. Well Rounded was the record label that helped it get there.

Headed up by Donga and his right hand man Richta, the label was born when Donga couldn’t believe no one was releasing one of the best tunes in his box, Deadboy’s ‘U Cheated’. He stepped up to the plate himself and the track not only put Well Rounded on the map, but also kickstarted the resurgence in 2-step. At once it sounded incredibly modern and completely classic, something that has come to define so many tracks on the label.

Producers like Brighton boy Leon Vynehall have made a huge impression with tracks like the deep, sensual grooves of ‘Mauve’. The sound that Well Rounded call contemporary house, and some call simply bass, has caught the imagination of young producers and clubbers alike.

“I think people have steadily been working backwards from garage at the end of the 90s towards house music from the early 90s,” says Donga, who has himself produced some of the label’s classics with his partner Blake. “It seems as if the influences are being reformed to have more bass impact for today’s generation. Even techno and late 80s acid house – it’s all back on the dancefloor again.”

But the sounds that Well Rounded offer are more that just 4/4, leading to not one but four record labels under their umbrella. The main label hosts tracks that have a wider appeal (“By nature, not by design,” promises Donga) from “hands in the air, garage-influenced euphoria” through to “tropical bass-heavy fusions”.

In addition there’s Well Rounded Housing Project, but even that boasts a wider sound than the name suggests – travelling from the ‘Slow Spectrum’ EP’s spacy downtempo house to jazzy tracks from Outboxx. It has also released remixes by deep house superstar Julio Bashmore, and was the label that launched Leon Vynehall, who now has had a session on Boiler Room and tracks on Aus.

Making up the quartet are the new, vinyl-only Well Rounded Edits, and the decidedly off-the-wall Well Rounded Individuals. WRI – which is often a testing ground for new musical genres for Well Rounded to explore – bounces fantastically from Wheez-ie’s juke to Archie Pelago’s electronic jazz. The latter is now sponsored by Ableton, just one of the success stories of Well Rounded.

“A lot of stuff we do will have passed people by because it exists in the underground,” says Donga, “but many of the people we work with are incredibly talented, and going on to bigger things.”

But big things aren’t what Well Rounded are all about.
“Well Rounded is about as far away from a corporate way of doing things as you could imagine,” says Richta. “It’s instinctive and intuitive.”
“The idea is that we do what we want to do and don’t pander to expectations,” adds Donga. “Beyond that we don’t have any sense of any musical strategy or agenda. If you asked me what the label would be sounding like in four months time, I couldn’t say.”

If you hang out on websites like Fact you may think that in four months’ it will all be over. It’s been widely reported that Well Rounded are calling it a day, and in a manner of speaking that’s true. At the height of their success Donga is closing down the four labels to start again from scratch.
“I think we need to stop and restart,” he explains. “It’s not an end, the new project is going to be something more in the line of an organisation, a collective. But we have got some of the best releases we’ve ever put out happening between now and then.”

In that ‘wrapping up’ period there’s also Well Rounded’s new Friday night summer residency at Life, a huge undertaking for a culture that now rarely sees clubs appear once a month. And as well as going weekly they’re also breaking conventional wisdom by not putting any of the DJs on the flyer.
“We’re going to get some great people down to play but we’re not going to announce them because we don’t think that that should be the reason to go to a club,” explains Richta.

“The night is about balancing things that people might not have heard before from the underground and bringing in beloved tracks from the history of house music, including associated genres like garage and original electro,” says Donga. “We’re as likely to play an early Todd Terry record or Armand Van Helden track, as we are something on an underground label from Bristol.”

If anyone has got access to great tracks from the underground it’s Donga and Richta, thanks to the Well Rounded record shop in the Rarekind complex at the bottom of Trafalgar Street that also houses RK Bass. Well Rounded Vinyl Vendors is a tiny room but is packed with an incredible collection of 12” records that are curated as carefully as Donga would put together his set.

“The digital thing just doesn’t satisfy me,” he explains, “which is why I opened a record shop. You’d be a nutter to open a record shop selling underground dance music vinyl if you wanted to make money. But we’re doing pretty well, and it seems like it’s building.”

But what’s so special about vinyl?
“We think it sounds better than other mediums in the club,” explains Richta. “We’ve had two DJs playing and one is playing vinyl and the other is playing CDs. With our backs turned we can tell the difference.”
“My body can tell the difference,” adds Donga. “And when I play out sometimes the tune that goes off might be the second track on the B-side of a 12” that no one in the room has even got. People are missing a trick. You can have your own sound and identity.”

That’s something Well Rounded have got in abundance.

Videodrome ‘Temptation’s Daughter’
Brash electro-pop with mad vocal delivery. Quite unique and a deserving hit in a parallel universe.

James Kendall was the co-owner and editor of SOURCE. He’s been a music journalist since 1992 and spent over a decade travelling the globe covering dance music for DJmag. He’s interviewed a range of subjects from Bat For Lashes, Foals and James ‘LCD Soundsystem’ Murphy to Katie Price and the Sugababes. He’s a keen photographer and has work featured in The Guardian.
← PREVIOUS POST
Locally Sourced, May 2013
NEXT POST →
Street Style, Scarlett
Mailing List
Recent Posts
Website developed in Brighton by Infobo
Copyright © Brighton Source 2009-2020
Well Rounded Interview - Brighton Source