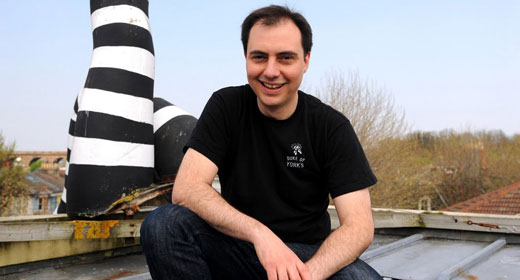 A true Brighton landmark with national recognition, The Duke Of York’s is the best place in town to experience cinema. We spoke to manager Jon Barrenechea on the eve of the duke marching to the top of the cinema hill with Cinecity.

This is Cinecity’s seventh year…
Yes, it’s basically Brighton’s own film festival – the main city arts festival and Fringe only feature film as a small, outside part of their programme, so this is a great chance for Brighton movie-goers to get together and experience some amazing new work.

The Duke Of York’s is famously the oldest cinema in Britain.
The secret of its longevity has basically been being able to adapt to the changes that have faced cinema overall. In the 50s cinemas were the only place people could get together and be alone, but gradually town centres became decimated – people started buying their own homes in the suburbs and staying in them; entertainment became more home-based. Back then there were thousands of single-screen cinemas, but by the 80s they were mostly fleapits in serious decline, until the advent of the multiplex in 1985. Art-house cinemas attracted a different customer – we’d been playing cult films since the 60s to an audience who appreciated the whole cinema experience a bit more.

Home video must have played a part in that decline, and now we have the threat of torrents.
It was a part of it then, yes, but in general people just didn’t want to go to the cinema anymore. Nowadays our audience isn’t the sort of person who wants to see the new Ashton Kutcher film on a download. People do share the more arthouse films online but nowhere near as much. I think our audience just appreciates the whole social aspect of cinema – where you can take a beer in and buy some homemade cake.

You do show more mainstream films as well as the arthouse titles, presumably an economical decision to subsidise smaller screenings.
We show about nine big mainstream films a year – Inception, for example, everyone wanted to see and we had that. We want to be known as the best cinema in Brighton, not just the best – well, only – arthouse cinema. At the Duke you know you’re not going to be surrounding by teenagers shouting and chucking popcorn, watching a torn 35mm screen where people have thrown bottles at it, you’re going to be watching a digital print in comfort. But the bigger movies take a bigger cut – it’s like if you book the Rolling Stones; you know they’re going to take pretty much all the money and you’re relying on beer sales. With smaller films the distribution is more reasonable but of course the audience is smaller. The secret is to sell out the smaller films…

The digital projector must make it easier to get prints, presumably you can just play DVDs.
Well yes you can, but ideally only in cases where you can’t find anything better. DVDs are remastered from film, you can still see the scratches. But with films like Back To The Future for example recently, Universal remastered it from the negative, which was intact, and they released 100 digital prints across the country. Plenty of films are remastered for cinema, The Godfather’s another recent one.

It must be fun picking films for the late night screenings.
Things like Withnail & I and the Wizard Of Oz are fun, yes – you know you’re going to get an audience. Increasingly we’re using social networking – we weren’t going to show The Human Centipede recently for example, but there was a Facebook group with 1,000 people asking for it. At the moment there’s a campaign to get Jurassic Park shown – curiously as it’s very mainstream, but the people seem to want it, so we’re happy to oblige.