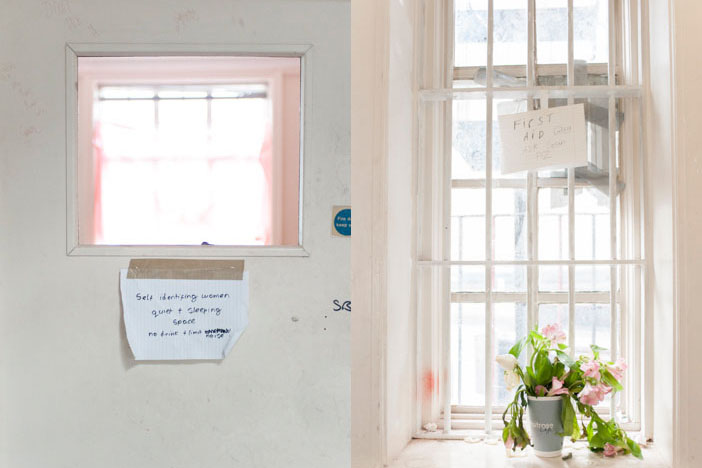 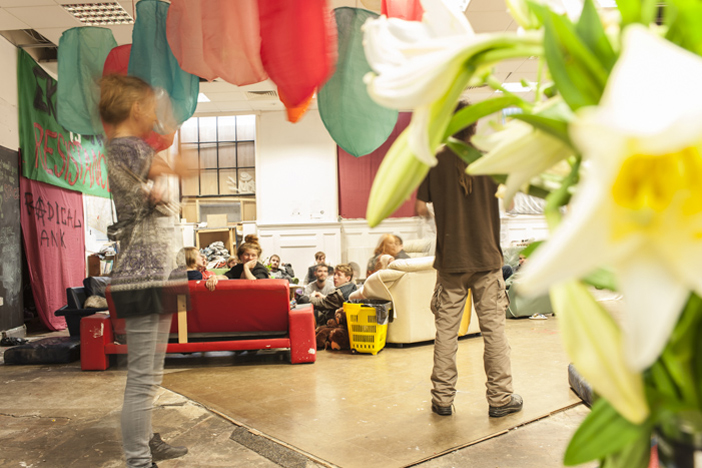 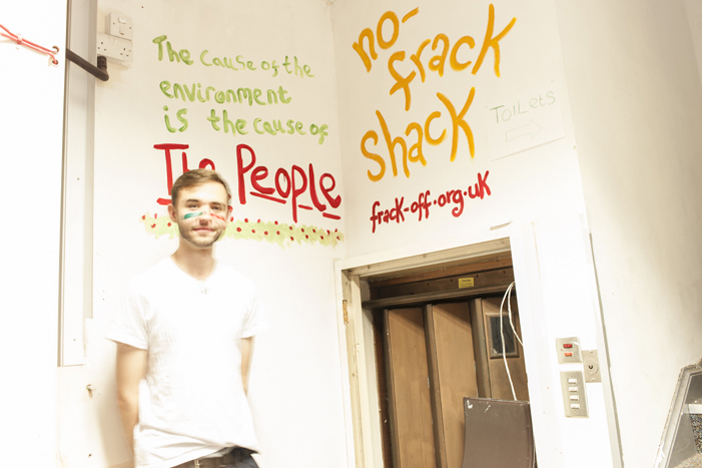 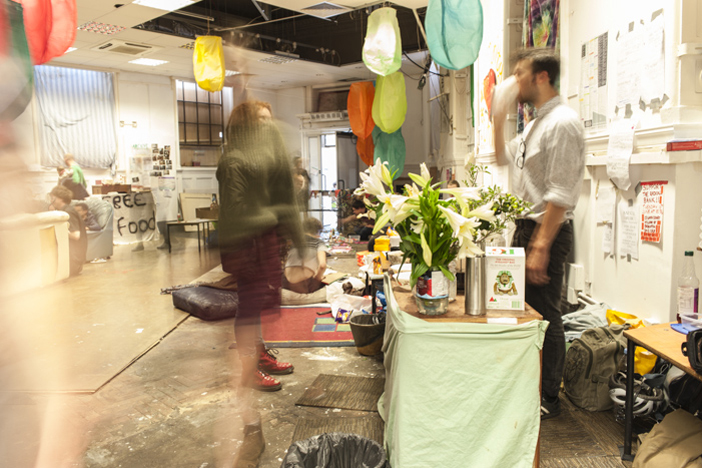 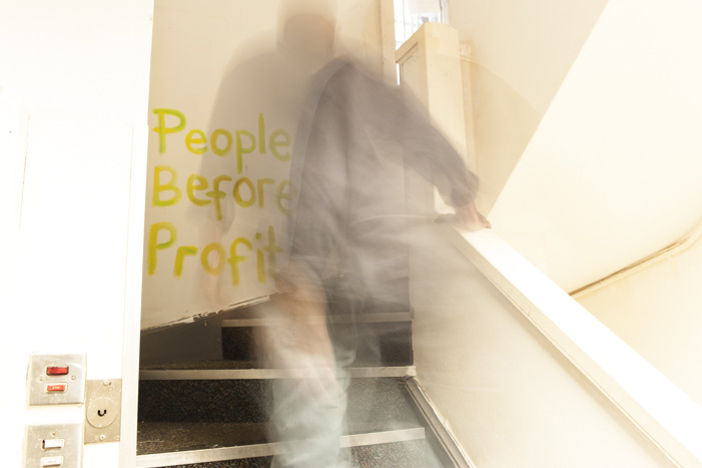 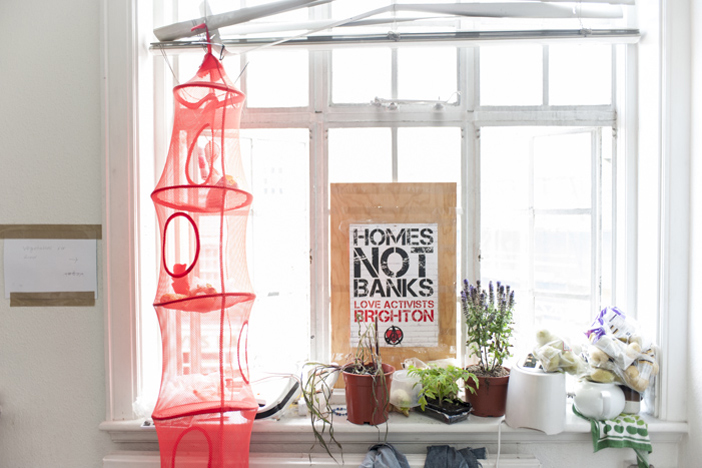 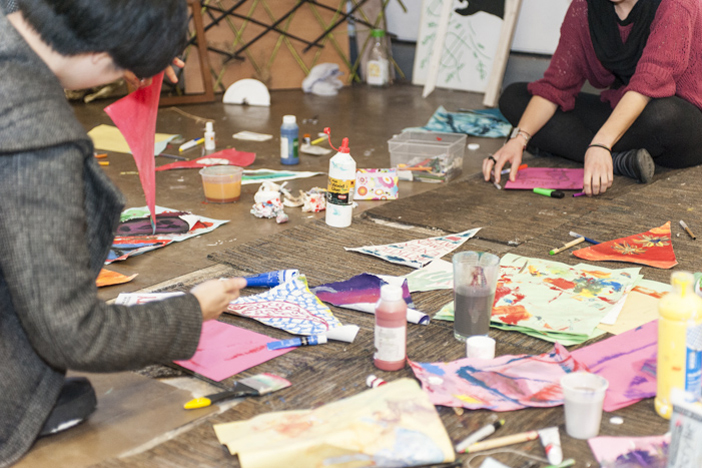 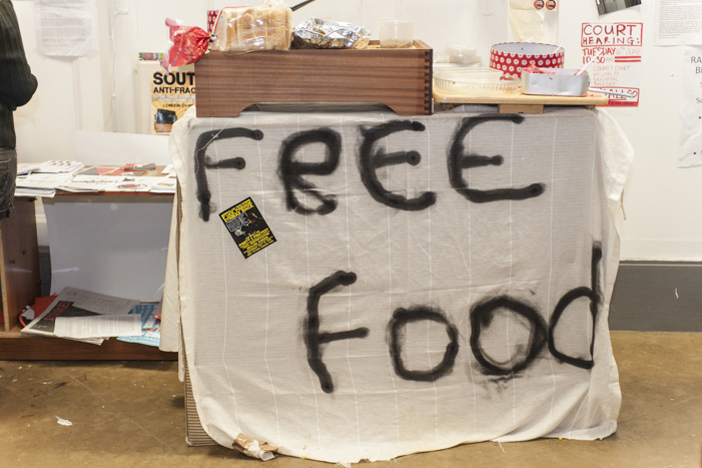 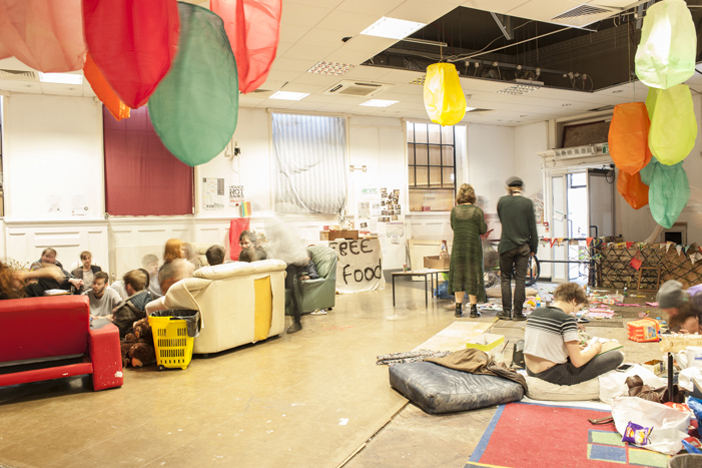 Inside The Radical Bank

If you’re going to squat a building in Brighton to make a point about the financial crisis, homelessness and the effects of austerity, few places fit the bill as well as the old Barclays bank on Preston Circus. In an area of rapid gentrification, just round the corner from the shipping container housing project and smack bang on a busy junction, the location of the so-called Radical Bank would have been apt even if it wasn’t in the premises of a company so shamed by scandal.

Having opened on the day of the big Brighton anti-austerity demo on June 6th, the squat has enjoyed considerable community support and surprisingly even-handed treatment from the local press. Offering free food for the hungry and homeless, as well as a place to stay, the Radical Bank seems to be both a statement of principles and a working example of them.

“All the time we’re told resources are scarce,” one of the squatters told us.” It’s not true. We’ve been able to feed people, free of cost, with the food that been skipped and donated. There’s so much waste. People shouldn’t be going hungry round here.”

As SOURCE found out at an open day last Sunday, the place is clean, well organised and has a no drink or drugs policy. There’s a kitchen, two bedrooms, a ‘head space’ room, another backroom for showing films and a large meeting area decorated by posters and art made by the 500+ people who attended the event. Only a few weird out-of-context trappings, like the blue metal railings, remain from the building’s former life.

Barclays closed the branch in January and have announced no new plans for the property, despite the fact their lease runs until 2027. When the Radical Bank moved in the place was a mess: a mix of random bank stuff, weird graffiti and rubbish left by a previous group of squatters who were evicted a few months ago. The Radical Bankers have spent much of the last fortnight cleaning, decorating and, with the help of the firemen over the road, making it safe.

“Every time we’ve opened the doors it’s been rammed,” one of the organisers told us. “It shows that the community is crying out for this kind of space, to have meetings and come together like this.”

But with the might of a multinational banking corporation against them it was never going to last long. Having been given a mere five days to prepare their case, and thus unable to secure legal aid, the squatters decided to defend themselves.

“We were up until the wee hours doing all the paperwork,” SOURCE heard. “We wanted to make it as good as we could, but democratic decisions take a long time! We were up to our gills in advice, people have been really helpful. Mostly, though, the advice was: don’t expect anything.”

It was fanciful to think that Barclays would go easy on them to squeeze some sort of PR kudos out of the situation. On Tuesday the squatters were taken to court and duly served an eviction order, though they weren’t given a timescale. On the morning of Friday 19th June they were evicted after bailiffs entered through the cinema windows.

“It could be an endless circle,” explained one of the squatters. “Other people could come in here and they’d have to do it all again. We want to show that there are other ways to do things than what the media says is possible. We want to empower people.”

Ben Bailey is the editor of Brighton Source and a freelance writer. He also plays in a few bands and can sometimes be found giving talks on a variety of niche topics. He lives in Brighton and rather likes it.
← PREVIOUS POST
March Of The Mermaids, Sat 18th July
NEXT POST →
British Sea Power Review
Mailing List
Recent Posts
Website developed in Brighton by Infobo
Copyright © Brighton Source 2009-2021
Inside The Radical Bank - Brighton Source