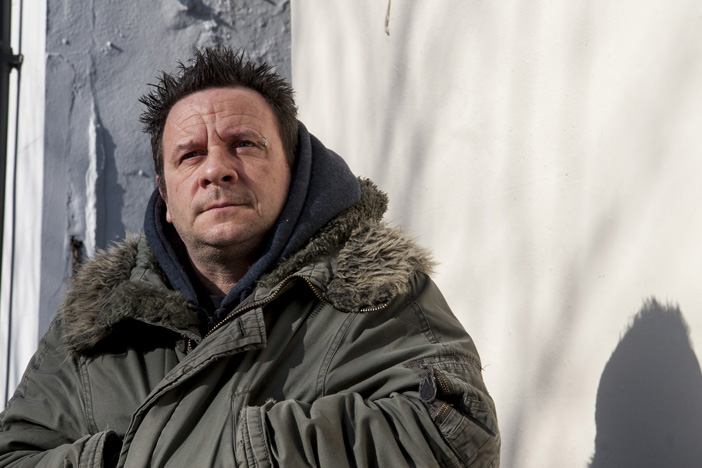 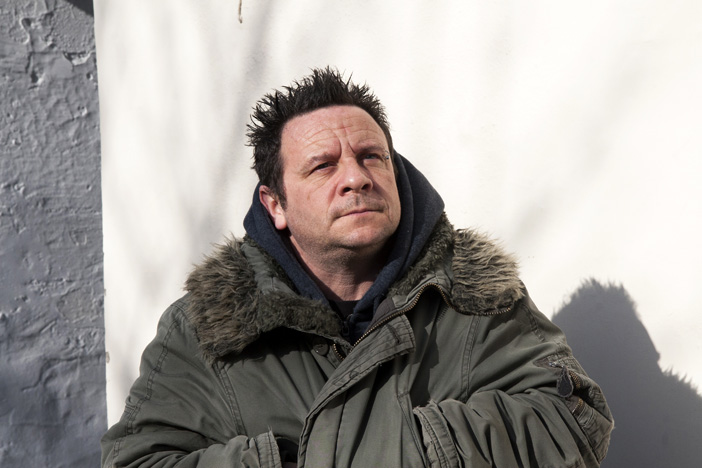 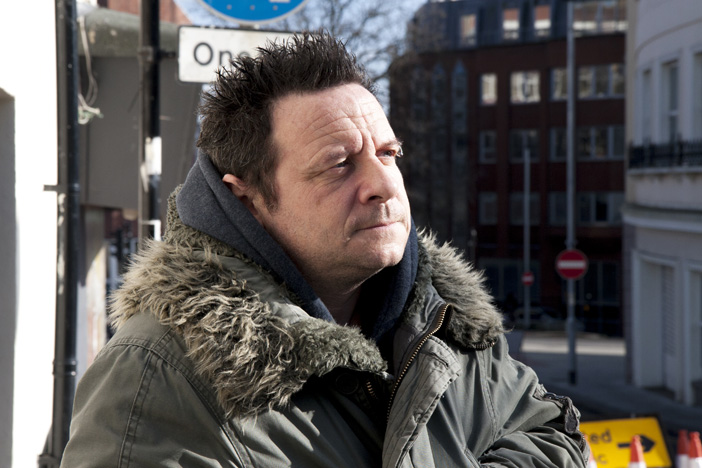 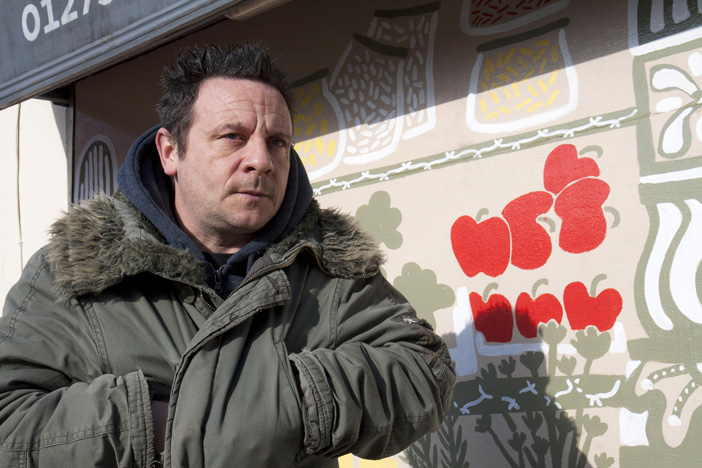 Paul Light is a promoter, filmmaker and founder member of activist newsletter SchNEWS. This month he’s putting on a two day punk festival at the Green Door Store with stalwarts of the anarcho scene Rubella Ballet and Zounds. SOURCE met up with him to chat about putting on punk gigs, having his films banned by the police and teaching kids how to dress up as orcs.

You’re putting on twenty bands over two days. Is this a first for you?
I usually do four or five gigs at the start and end of the year, but I thought I’d do it all in one go this time. I’ve been trying to get Rubella Ballet for ages, but all the others I think I’ve put on before. We’ve got them and Zounds headlining plus TV Smith, Blyth Power and Andy T – and five or six local bands like Interrorbang, Pog, RatBag and Asbo Derek. There’s some spoken word and acoustic stuff in there too. Brighton hasn’t got an annual festi like this – bar Punx Picnic which isn’t on this year. So hopefully it’ll be a regular thing. Let’s see how it goes.

How’s the punk scene faring these days?
Well, what people tend to say about punk is wrong. Punk hasn’t really gone away at all, it’s just whether it’s promoted by the media. There’s been underground punk bands going for years, they’ll always be there. I don’t think that’s any different to when it first reared its head.

Do the punters come for the politics or the music?
Good question. Both, I think. Most of the bands are from the festival circuit or have an activist background with the lyrics etc. I always made sure we had stalls with information, like how it used be back in the party days of the 90s. You’d have these big squats and free parties and there was always info to pick up. It was non-confrontational: they might not read it but they might do. Bit by bit people were wondering over to have a look. That’s how SchNEWS got out really, people reading it on the bus on the way home. I think it’s a great way of clueing people up, letting them know what’s going on.

Will there be something similar at the Green Door Store?
We’re definitely keeping the political element. All the bands really fit in with that. The Green Door Store’s not massive but we’ll have some stalls. We’ll have a merch table and books and there’s some hunt sabs coming too. Maybe we’ll put them under the McDonald’s sign they’ve got in there.

What did you do for SchNEWS when it started?
As well helping on the newsletter, I took on the live stuff. We used to read the SchNEWS live in the New Kensington Pub [now the White Rabbit] every week, every Friday. There were three of us and we’d read out the headlines from big pieces of paper. It became a kind of comedy news show, old-school style but with alternative news – about the Criminal Justice Bill, McLibel, crap arrest of the week. We’d get in someone like Pat out of Tragic Roundabout who was always pissed out of his head and made it very funny. We did that for three years between ’96 and ’99. We toured with it too. It was a live SchNEWS show with video recorders on stage. No one could see this shit really. We had to press the fucking thing and try to get it to work just to show a clip.

Did your filmmaking come out of that as well?
Yeah, I used to make activist films. Documentaries. Filming what happened on demos and putting it together in a user-friendly entertaining way. The main ones were the EDO demos – our friendly little bomb makers up the road in Moulsecoomb. I made a feature film called ‘On The Verge’ which got banned by the cops. It had a premiere at the Duke of York’s, and they pulled it. But it was actually one of those double-edged things that backfired. It was pulled by the cops at its premiere therefore every single human being on the planet wanted to see it. It got into The Guardian. More people came to the demos. It was great. You can’t even pay for that sort of publicity. And it was made on fuck all.

Why did they pull it?
What they didn’t like was that it was made from their footage. I think that’s what really annoyed them. I got access to all their footage and managed to make a movie out of it by mixing it with activist footage and stuff I’d shot. What’s shown is what happened, and it actually implicates a few officers. The classic thing is that people say activists have changed the footage, or doctored it. Do you think the police would doctor their own footage? It’s a film made out of three different mediums, which worked great. And that’s why they hated it. But it’s still going on, the factory’s still there.

Why did SchNEWS fold last year? Was it simply because it’s easier to get that sort of information now?
Yeah, that’s a fair comment. The readership certainly plummeted when the internet really kicked in. The information is out there, in that ocean of stuff, but you can find it if you look. There’s a lot of things like SchNEWS now and it’s great. But I still think the paper copy is important to really absorb it. It’s the armchair anarchist thing. People click on Facebook to say they’ve been on a demo and they feel like they’ve actually been. “I’ve clicked that. I’ve read that. I’m done.” People share information without even reading it now.

What films are you working on at the moment?
I’ve got this small company called Bite Size Movies. I’m a camera for hire really, but given the nature of the stuff I used to do, most of it is community based work. I make a lot of documentaries, a lot of campaign stuff – I love it, I enjoy the medium. At the moment I’m making a film for a Palestine solidarity group and at the same time I’m doing a short film for a business, some green lawyers who want a little profile piece. I’m also doing a music video for The Meow Meows. I don’t get a chance to make my own films anymore, but I’ve been making some zombie shorts to promote ZomBN1, a Brighton boardgame. Doing that is great fun cos it’s so different to what I usually do.

You teach kids though as well, right?
As a sideline I do filmmaking courses for kids. It’s based on genres, so we go and make a sci-fi movie or a horror movie or a Dungeons & Dragons movie. And they all get screened at the Duke of York’s. We do it all in a few days: write the script, get the green screen out, make the models. The kids love it. It’s playtime with a camera. They get to write their own scripts, act the parts and do the special effects. They go away and edit it and then they get to see it at the cinema.

Do they ever argue about who gets the lead role?
Nah, but you get the odd moment. The Dungeon & Dragons one had the most diva-ish behaviour. Who wants to be a dwarf? Not many. Who wants to be an orc? All of them! So you end up with a horde of orcs and one character. I went to the carboot sale and got a load of props. They love it when they walk in and see hundreds and hundreds of swords on the prop table.

Getting back to the music – what do you like best about promoting gigs?
I hate promoting. I don’t know why I do it. I guess it’s just that the thought of not doing it is worse. The thing about promoting is the money. I hate it. It’s the thing that stresses me out the most. If a band are touring and it’s a hand-to-mouth kind of thing, and often it really is, I want to make sure they get whatever they’ve asked for. I can’t just give them 50p after they’ve travelled down from Scotland and say sorry. I make sure that never happens.

Surely there’s something that makes it worthwhile?
Well, one of the biggest crowds we’ve had was when we put Culture Shock on at the Haunt. That was huge. And the one with Anthrax, Part 1, Hagar The Womb and Eastfield last year. That hit the ground running and we had a full house immediately. It’s stressful, but when it works out it’s great. You see, I don’t get out very often so it’s nice to plan my evenings. You might think that’s a joke, but when you’ve got kids it’s kind of a question of “who can I see this year?” If you can’t go to see them, you may as well bring them to you.

Ben Bailey is the editor of Brighton Source and a freelance writer. He also plays in a few bands and can sometimes be found giving talks on a variety of niche topics. He lives in Brighton and rather likes it.
← PREVIOUS POST
Dr John & The Nite Trippers Review
NEXT POST →
Kristin McClement Interview
Mailing List
Recent Posts
Website developed in Brighton by Infobo
Copyright © Brighton Source 2009-2021
Paul Light, Unsung Hero No.50 - Brighton Source