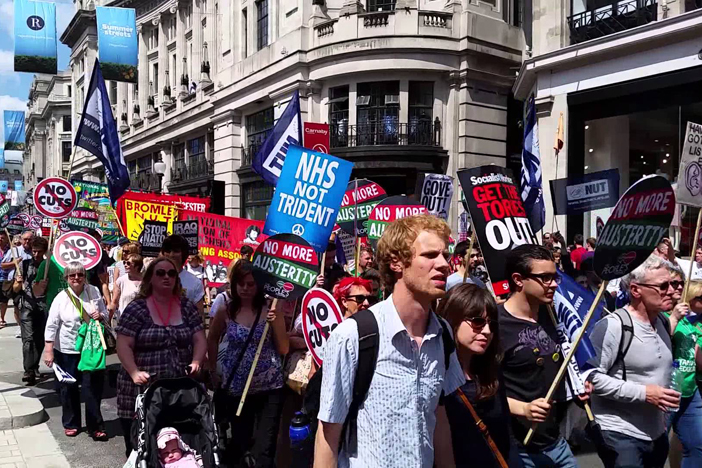 Time To Get Involved?

Only a month ago it seemed like anything could happen. While Hove swung to Labour and Caroline Lucas coasted back in on an increased majority, the rest of the country came out in favour of more of the same. Except it didn’t.

Though our city often feels like a bubble – something The People’s Republic of Brighton & Hove has had a lot of fun with – we’re not alone. It’s worth remembering that only 24% of the population backed the Government. And as this Brighton blogger pointed out, the Tories’ vote only increased by 1.4%.

But there’s more to life than stats. And there’s more to politics than going into a corner with a pencil every five years. It shouldn’t be a spectator sport. Unless you’re happy with how it’s going, you need to get involved. Here’s a few ways you can do that.

Living Rent Campaign
Scared to complain about the leak in case your landlord puts up the rent? Just been told you’ve got to move out with a week’s warning? The Living Rent Campaign is a Brighton-based group calling for caps on spiralling rents and regulation to stop unscrupulous landlords doing as they please. They say the number of people renting a private property in Brighton is almost double the national average. That’s probably because the house prices here are absurd. Though its scope is national, the LRC is currently putting pressure on the council to build more social housing and turn the idea of ethical letting agents into more than an oxymoron.
Next meeting: Tuesday 30th June 6pm, Southover Pub, Southover Street
More info

Love Activists
If you’ve been down Queen’s Road on a Sunday you might have spotted this lot already. Since January they’ve been running a ‘Love Kitchen’ at the Clock Tower, providing the city’s homeless with free hot food and drinks. Highlighting the links between the housing shortage, food poverty and homelessness, Brighton’s Love Activists acts as both a charity and a campaign group. Though they don’t accept cash donations, the project is run entirely on food and equipment given by the community. Show them some love by donating a few groceries or go help them out.
More info

Sussex Defend The NHS
Bringing together health workers, campaigners and the local community this group has been active in opposing the move to sell off services like the drug and alcohol unit at Brighton’s hospitals. As well as making and screening their own short movies, the group created a pledge last year which saw over fifty local politicians sign up to protect the NHS from privatisation (none of them were Tories). There was a success back in March when it was decided that catering and cleaning at Royal Sussex were to be brought back in-house after the outsourced company refused to pay staff a living wage. It’s down to grassroots groups to keep up the pressure.
Next meeting: Tuesday 9th June 7pm, Dorset Methodist hall, Dorset Gardens
More info

The People’s Assembly Against Austerity
Kickstarted by the huge meeting that took place in London in 2013, The People’s Assembly is an umbrella group for various causes (like those above) that oppose the whole notion of public cuts in the name of austerity. The Brighton offshoot runs various actions and events around town including regular fundraising gigs under the banner of ‘Small Revolutions’. The group’s first meeting after the election was the busiest one yet, with one outcome being a local demo this Saturday to build momentum for the national day of action. They’ve also booked train carriages for those wanting to vent their anger in London on the 20th.
Next meeting: Saturday 6th June 2pm, Victoria Gardens
More info

Ben Bailey is the editor of Brighton Source and a freelance writer. He also plays in a few bands and can sometimes be found giving talks on a variety of niche topics. He lives in Brighton and rather likes it.
← PREVIOUS POST
Coal Chamber Photos
NEXT POST →
Brighton Music Conference, 5th & 6th June
Mailing List
Recent Posts
Website developed in Brighton by Infobo
Copyright © Brighton Source 2009-2021
Time To Get Involved? - Brighton Source