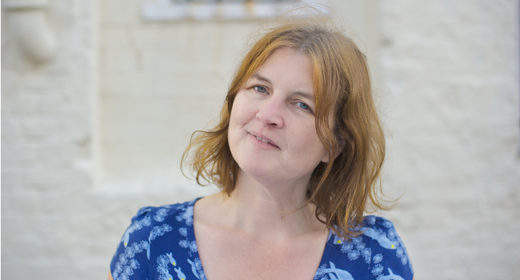 Your comedy workshops are extremely successful – can you make anyone funny?
I believe everyone’s already funny. If you’ve ever laughed – you have a ‘sense’ of humour. The word ‘sense’ means ‘an understanding of’ and ‘a feeling for’. Everyone already has that ‘understanding’ and ‘feeling’ for comedy. People just don’t tend to develop that particular sense unless they go into the comedy business. I show them how to access and develop their latent comedy skills. People can believe they’re not funny at all, which is usually what’s funny about them. It’s important to say that while everyone is capable of being funny, very few people are capable of being funny for a living.

What’s the difference between being funny with your mates and funny onstage?
A shared idea of ‘what’s funny’ is probably one of the reasons why you’re all mates. Making your mates laugh in a pub is a world apart from performing well-crafted, concise, original comedy material on stage to an audience of total strangers. Your mates aren’t paying you money to make them laugh.

What qualities do you look for in a new act for your Comic Boom night?
Originality is key. If you go to a standard new act night there’s usually one, maybe two acts that stand out because they were brilliant. I put six of those stand-out acts on a bill each month with a headline circuit comic and a top MC. They need to entertain an upbeat, fun, friendly regular audience of around 300 who love original, interesting, fresh new comedy.

What’s your favourite joke?
The Government.

James Kendall was the co-owner and editor of SOURCE. He’s been a music journalist since 1992 and spent over a decade travelling the globe covering dance music for DJmag. He’s interviewed a range of subjects from Bat For Lashes, Foals and James ‘LCD Soundsystem’ Murphy to Katie Price and the Sugababes. He’s a keen photographer and has work featured in The Guardian.
← PREVIOUS POST
Secret Eater: Krater Comedy Meal
NEXT POST →
Street Style, Grace
Mailing List
Recent Posts
Website developed in Brighton by Infobo
Copyright © Brighton Source 2009-2020
Jill Edwards, Unsung Hero No.23 - Brighton Source