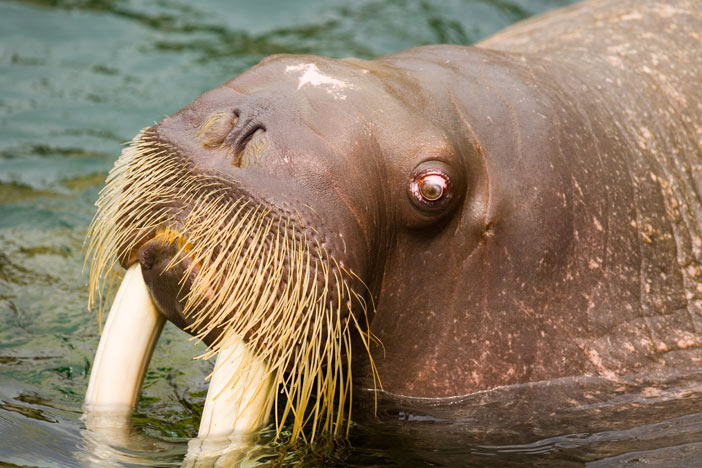 We’ve just had an email from Chris Parkinson – the man behind the amazing walrus Gumtree ad – to tell us that he’s going to be an Associate Producer on the Kevin Smith movie based on his story*. Tusk takes the sweet tale of a man looking to relive his happiest years as a castaway by dressing a tenant as a walrus and turns it into a horror movie. It sounds like a crazy story and Chris will find out how odd when he’s flown over to North Carolina for the filming in, hopefully, November.

Slight bad news (although seeing some of his acting roles, maybe not) is that Quentin Tarantino has passed on the role of the detective.

“I wanted Quentin to play the detective and speak like Les Habitants!” wrote Smith in a Hollywood Reporter column. “I’d heard him do an Australian accent in Django Unchained, so I was hoping he might want to ham it up as a Quebecois as well. Then the weirdest thing happened: Quentin passed on the role of Guy Lapointe. QT said he dug the script and couldn’t wait to watch [Michael] Parks let loose his internal Kraken, but he had no interest in acting at the moment. It was a bummer, as having Q in the mix would’ve been poetic.”

The good news is though, that after a little wobble the production is back on track, and the money is all there. The film is going to be made, starring the extremely likeable Justin Long. We simply can’t wait.

*And that, The Argus, is an exclusive!

James Kendall was the co-owner and editor of SOURCE. He’s been a music journalist since 1992 and spent over a decade travelling the globe covering dance music for DJmag. He’s interviewed a range of subjects from Bat For Lashes, Foals and James ‘LCD Soundsystem’ Murphy to Katie Price and the Sugababes. He’s a keen photographer and has work featured in The Guardian.
← PREVIOUS POST
Smile Instigation Collective Review
NEXT POST →
SOURCE Pop Quiz
Mailing List
Recent Posts
Website developed in Brighton by Infobo
Copyright © Brighton Source 2009-2020
Brighton Hoaxer Made Producer On Hollywood Movie - Brighton Source