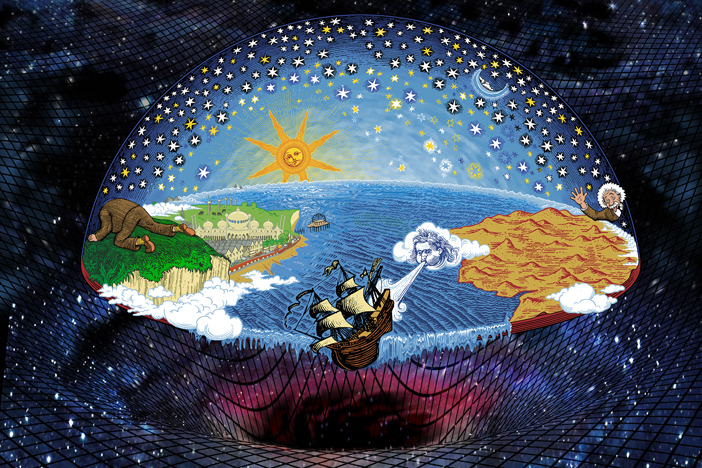 Having spent a decade undoing the damage inflicted on generations by stuffy science teachers, Brighton Science Festival is back this month for the 10th year on the trot. There’s something like seventy events taking place throughout February; all with an emphasis on engaging the layman with live experiments, pub debates and tons of hands-on stuff for kids involving robots and slime.

While some people still find the idea of a science festival innately amusing – aren’t festivals meant to be fun? – this year’s programme features several shows about the amusing ideas innate to science. Robin Ince (Sat 7th Feb), the hilarious iconoclast in a cardigan, sets out to prove you’re not nearly as rational as you’d like to think – even when you’re thinking rationally. Radio 4 regular, Rosie Wilby (Sat 21st Feb), reports from the middle of a midlife sex crisis in the follow up to her award-winning ‘Science Of Sex’ show, while Brighton musician John Hinton dons an Einstein wig for his tragicomic science musical ‘Relativitively Speaking’ (Sun 1st Mar).

The more meaty end of the science wedge comes at the end of the month, with two whole days of talks at the Sallis Benney. The Big Science Weekend (Sat 28th Feb & Sun 1st Mar) sees academic experts and pop science speakers discuss topics like the origins of human behaviour, why people still deny climate change and how to stay upright on a bicycle. To top it off, Zoe Cormier explains why being bad feels good in her talk on the science of sex, drugs and rock ‘n’ roll.

Ben Bailey is the editor of Brighton Source and a freelance writer. He also plays in a few bands and can sometimes be found giving talks on a variety of niche topics. He lives in Brighton and rather likes it.
← PREVIOUS POST
Viet Cong Review
NEXT POST →
Snot, Fri 20th Feb
Mailing List
Recent Posts
Website developed in Brighton by Infobo
Copyright © Brighton Source 2009-2020
Brighton Science Festival - Brighton Source