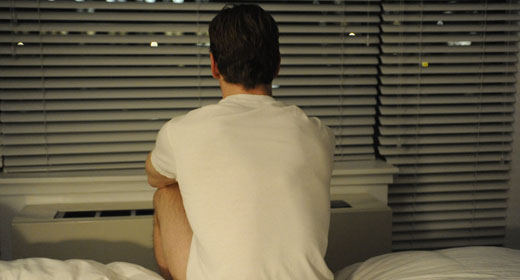 Cinecity: A Festival of Film

Occasional moviegoers might be forgiven for thinking the medium is only ever experienced amid the sicky aroma of popcorn, while snickering idiots chat and text throughout. And that Will Smith is in every film you’re ever likely to see. There’s nothing wrong with such visual fast food now and then of course, but the international diversity and creativity that cinema offers deserves celebrating and promoting to a wider audience. Enter CINECITY, in town for its 9th annual outing with a programme spread across the Duke of York’s and University of Brighton. As well as exclusive screenings there are Q&As, live soundtracks, exhibitions and installations – here’s some highlights.

SOFT PALATE University of Brighton North Gallery Thurs 17th November – 1st December
There’s a saying in the more litigious quarters of Tinseltown – you don’t mess with the Mouse. One assumes Martin Arnold’s cinematic deconstruction of Mickey and Pluto has gone under Walt’s radar. This is a darkly humorous, gradual revelation of cartoon body parts appearing out of the bedroom gloom, set to a hypnotically rhythmic snore score. Just part of a larger film project by the Austrian director, it’s as nuts as it sounds. (NC)

SILENT RUNNING
Duke Of York’s Fri 25th November
Douglas Trumbull made his name contributing to the groundbreaking special effects of 2001: A Space Odyssey and The Andromeda Strain, but his own directing career was brief and troubled. The Duke of York’s is screening Trumbull’s classic sci-fi debut Silent Running, with a live underscore soundtrack by Sheffield post-rock group 65daysofstatic. Starring Bruce Dern, this visually stunning ecological fable was a teatime TV staple for many years, reducing younger viewers to tears. If you loved WALL-E, you must see this. (SH)

WE LOVE ANIMÉ
Duke of York’s Sat 26th November
For all the fans of Japanese cartoons out there (and there are more than you think, some just hide it better than others) this can’t be missed. Whether you’ve got possession of a child and will be allowed into the morning screening of cutesy Professor Layton And The Eternal Diva, or you’re more interested in the late-night gore-fest screening of Tekken Blood Vengeance 3D, the Duke of York’s is catering to all types of animé fan. (JMM)

SEA MONSTERS •
Duke of York’s Thurs 1st December
CINECITY has a stellar reputation for introducing cinemagoers to burgeoning local talent, and this screening looks certain to maintain that. This debut feature by Brighton filmmaker Julian Kerridge is a south coast coming of age tale of two teenage friends who are besotted with the same girl, setting its adolescent angst against the surprisingly cinematic backdrop of Worthing and Shoreham. The screening is accompanied by a directorial Q&A session. (NC)

DO YOU LOVE ME
LIKE I LOVE YOU
University of Brighton Gallery Fri 2nd – Sat 3rd December
Festival patron Nick Cave is celebrated in a biggish-screen outing for Iain Forsyth and Jane Pollard’s series of 14 short films, which originally accompanied the recent CD reissues of Cave’s back catalogue. Cohorts, acolytes, fans and friends alike share their own different relationships with the man and his work. It’s a legacy that’s left a huge indelible mark on the darker side of popular culture and proves to mean a great deal beyond mere music to those featured here. (NC)

Sometimes an article is a bit of a team effort, and those are tagged SOURCE Writers. If you’d like to be part of that team, hit the Contact link at the top and get your work on this website.
← PREVIOUS POST
Lights, Camera, Brighton
NEXT POST →
Critic: November
Mailing List
Recent Posts
Website developed in Brighton by Infobo
Copyright © Brighton Source 2009-2020
Cinecity: A Festival of Film - Brighton Source