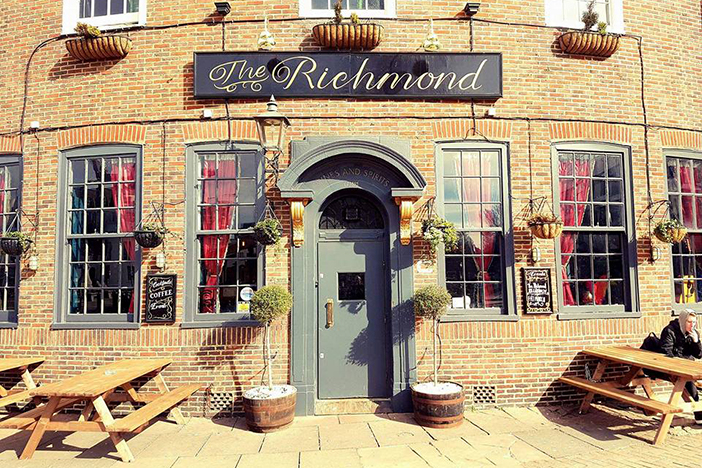 Brighton’s legendary music venue The Richmond has been reborn – sort of.

The downstairs floor of the Home Brighton hostel on Richmond Place has turned into a pub and a live music venue. It’s only been open a month, but it already looks like The Richmond Bar might be a favourite with people who miss going to intimate local gigs at places like The Sanctuary, The Horse & Groom or The Greys.

Of course, Brightontians of a certain age will remember The Richmond for much bigger shows back in the 90s and before; others will have known it in its subsequent guise as the Pressure Point. In any case, it’s nice to see a new place for music opening in town, especially when it’s an independent venture and a decent pub to boot.

“The Richmond used to be a very famous venue,” says bar manager, Finbar Colivet. “We felt that it was best to open it up again to the public as it was a waste just being a reception for the hostel. There is so much history to the building as a music venue, so we opened it as a bar and as a place bands can perform most nights of the week.” 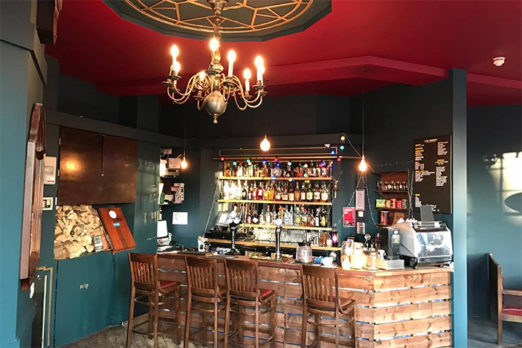 The bar opened with a launch party at the start of March, with synthpop singer Elle Exxe making an appearance before flying off to start a US tour. Seemingly undeterred by the wave of noise complaints that have plagued other local venues, the pub celebrated its opening with DJ Juke of York until four in the morning.

Although the upstairs part of the building remains a backpackers’ hostel (the pub and hostel are owned by the same people), the staff seem committed to continue the legacy of the place.

“Renaming it The Richmond points out what it used to be – and the direction that we’re hoping to take it,” Finbar told us. “Even though it’s a smaller space than before, between 80 and 100 capacity, we’ve got gigs coming up more and more regularly. And the sound is really good.”

The Richmond Bar is a freehouse with a good choice of real ale and ciders. There are plans for a kitchen at some point, but first things first. The pub has a growing list of upcoming gigs, but already its small corner stage has been graced by Just Like Fruit, Blue Velvet Band and local ska punk stalwarts The Piranhas (who surely must have played there back in the day). There’s also an open mic every Sunday. The Richmond was a 200+ capacity venue which was a hub for the Brighton punk scene, as well as being a port of call for touring bands until the 90s. The Stone Roses packed it out in 1988, and we’ve heard that both Blur and Nirvana both played early gigs there. The Pressure Point, which in turn closed in 2008, was a regular venue for local bands and took part in the first round of The Great Escape. In an even earlier incarnation, as the Richmond Hotel, the place was a popular spot for jazz bands as far back as the 50s.

“We’ve had a really good response,” adds Finbar. “The Richmond shut about 20 years ago, so a lot of people of that generation remember it really well and have a lot of stories to tell. We constantly get updates on who was playing here, constantly hearing more and more information about how it used to be. People are happy to come back here and have a drink again, and tell each other stories. It’s a really good vibe.”

For info on gigs see the pub’s Facebook page here.

Ben Bailey is the editor of Brighton Source and a freelance writer. He also plays in a few bands and can sometimes be found giving talks on a variety of niche topics. He lives in Brighton and rather likes it.
← PREVIOUS POST
Now That's What I Call Music and the state of pop
NEXT POST →
The Stranglers Review
Mailing List
Recent Posts
Website developed in Brighton by Infobo
Copyright © Brighton Source 2009-2021
The Richmond Returns - Brighton Source