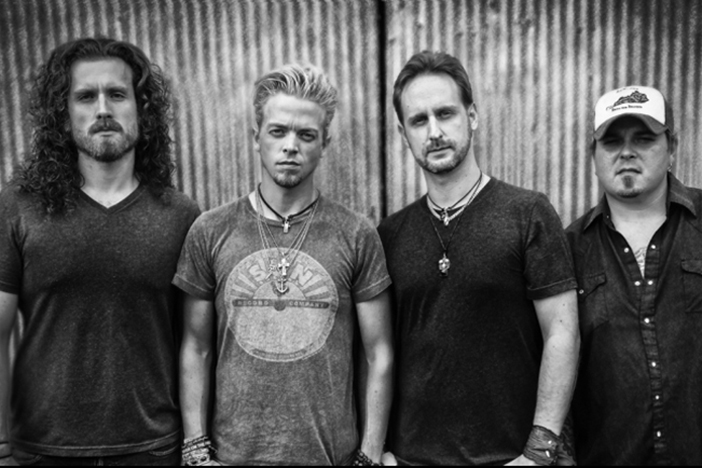 American hard rock band Black Stone Cherry return to the UK for a number of shows in cities across the country and we’re lucky to live in one of those cities. Formed in Kentucky USA in 2001, the band has cheekily dubbed the tour: ‘Experience Kentucky: An Evening with Black Stone Cherry’.

Black Stone Cherry’s current album ‘Kentucky’ crashed into the UK album charts at #5 on its release in April. Unlike the band’s previous headline tours, this time around they specifically selected smaller venues for their show in order to give their fans a truly intimate experience.

“We have been very fortunate to play some incredible shows in the UK the past few years,” say the boys. “After headlining two arena tours and being a part of some amazing festivals, we wanted to bring it back to an atmosphere that we know our fans will enjoy and truly deserve. This tour is a way for us to bring the show to them and to play venues that allow us to deliver a very special night featuring two sets of music, like we’ve never done before. No other bands. Just the four of us and our fans! We are excited!”