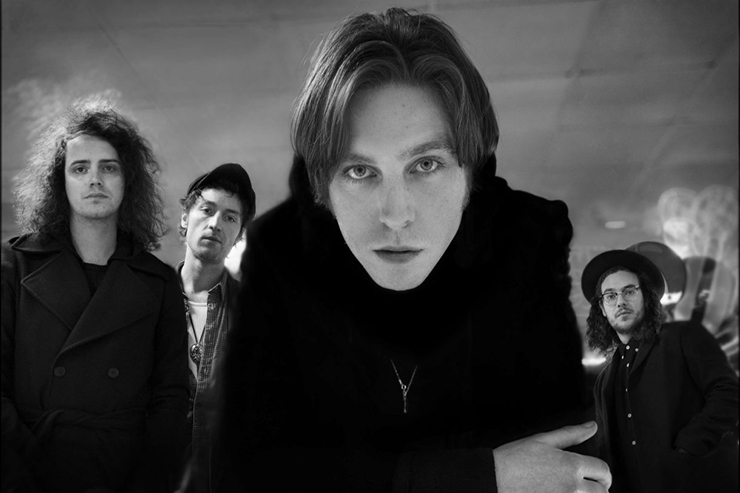 Catfish and the Bottlemen, Thurs 2nd May

Catfish and the Bottlemen return with their third album ‘The Balance’, bringing their UK & European tour here to The Brighton Centre as they hit some of the biggest venues they’ve played so far.

Just two years after their number one album ‘The Ride’ the band were eager to share a taste of their new ablum with new single ‘2all’ following quickly on the heels of singles ‘Fluctuate’ and ‘Longshot’, both released earlier this year. Possibly looking to keep our attention in this era of streaming and short memories.

Having spent their time in Ireland recording the new album and living together, lead singer Van McCann said they spent all day and every day working on songs until they could work no more. Story telling songs of regret, hangovers and failed relationships brought together by anthemic choruses and guitars. It’s no wonder they’re playing venues this big.

Mike is an experienced live music photographer whose work has appeared in The Guardian, The Telegraph, The Spectator and Uncut Magazine. He's been going to gigs for 20 years, expect to find him shooting and writing about rock, hip hop and late night electronic music.
← PREVIOUS POST
Extinction Rebellion in Brighton
NEXT POST →
Street Source No.31
Mailing List
Recent Posts
Website developed in Brighton by Infobo
Copyright © Brighton Source 2009-2021
Catfish and the Bottlemen, Thurs 2nd May - Brighton Source