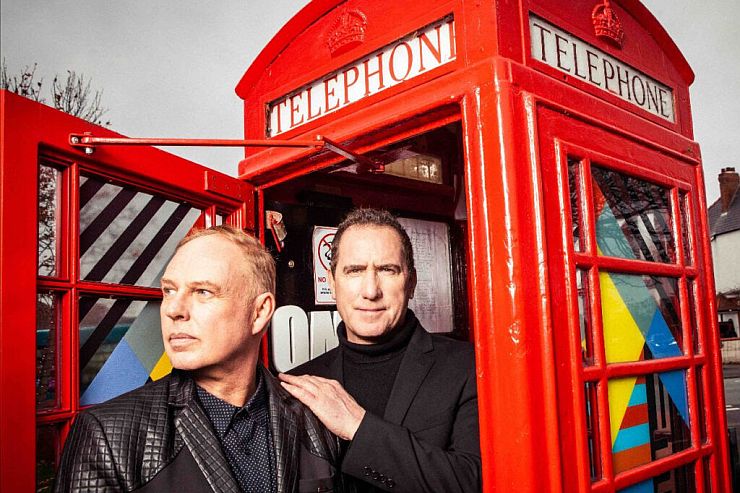 Merseyside synth-pop pioneers OMD are playing The Brighton Centre as part of their latest tour which will see them perform their crossover album ‘Architecture & Morality’ in full alongside fan favourites from their four-decade career. Released in 1981, ‘Architecture & Morality’ was their third album and contained three worldwide hit singles: ‘Souvenir’, ‘Joan Of Arc’ and ‘Maid Of Orleans’. The iconic album cover was designed by the legendary Peter Saville who also provided the artwork for their previous two albums.

You’ll want to get to the gig early as Scritti Politti are opening. Green Gartside reincarnated the band in 2006 when they released a new album and performed live for the first time in many years. He’s kept a relatively low profile since then so this is a rare opportunity to catch him and the band live.