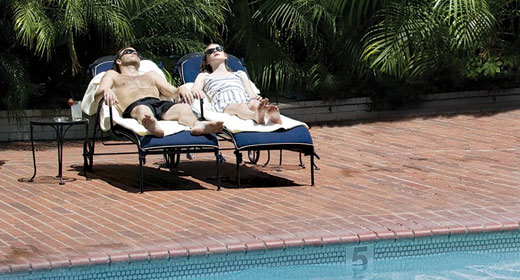 
In an age of lazy, big-budget, big-screen remakes and bankable brand franchises, it’s perhaps easy to forget the potential of the silver screen to enthral and engage as well as just entertain with escapism. Cine-City returns to the Duke Of York’s from Thursday 19th for an 18-day programme featuring the best in contemporary international cinema as well as an all-encompassing agenda of installations, retrospectives, education events, talks and debates. Highlights from the schedule are many – here’s some that are worth turning your mobile off for.

THE KING’S SPEECH
Opening the festival this year is the hotly tipped Tom Hooper tale of King George VI, father of the current monarch Elizabeth II. A reluctant heir to the throne after the abdication of his brother, he stammered dreadfully and was generally thought unfit to assume the mantle of sovereignty. Until, that is, he enlisted the speech therapy assistance of an unlikely friend and ally on speech therapist Lionel Logue. Starring Colin Firth, Helena Bonham Carter and Guy Pearce, it’s a hit in waiting.

SOMEWHERE
Sophia Coppola’s new film, following The Virgin Suicides and Lost In Translation, has plenty to live up to. Thankfully, The Golden Lion top prize at the Venice Film Festival, the first awarded to an American female director, suggests her trajectory is on the right track with Somewhere. Thought to contain reflections on her relationship with her own father, the plot sees a Hollywood hellraiser taming his lifestyle after an unexpected visit from his young daughter. Exquisite cinematography and soundtrack are a given in this future classic.

BLUE
Derek Jarman’s cinematic swansong fittingly deals with his experience of AIDS in a crowded collage of commentary, together with ruminations on the titular hue, which forms the visual element to the film as a static screen-filling presence. The original 1993 print was never to be remastered or restored, giving the film itself an element of gradual decay with each successive screening. Tonight Jarman’s friend and composer Simon Fisher Turner provides a live remix to the soundtrack.

THERAPIST
Barry Adamson, onetime bassist for Nick Cave’s Bad Seeds, Magazine and even Visage, went on to create expansive soundtrack music for films that only existed in his head, before inevitably being called upon to score parts of Natural Born Killers and The Lost Highway. One suspects this short film has always existed in Adamson’s head, and his directorial debut and accompanying soundtrack are certain to score. He’s in conversation after the screening, offering further insights into his work.

DREAMING IN COLOUR
This sub-programme which includes the Jarman screening also features a selection of work from the pioneer of ‘direct cinema’ Len Lye, who painted directly onto film stock, and those he’s inspired with similar techniques. The films are accompanied by a major exhibition at Brighton Museum & Art Gallery, Capturing Colour, Film, Innovation and Wonder beginning on December 4th, featuring analysis from magic lanterns to Kodachrome and a delve into rarely-seen film archives.

THE RIME OF THE MODERN MARINER
The London Docks may now be the setting for red braces banker types, but its history as the largest port on earth is the inspiration for this documentary. The culture, community and folklore are explored as narrator Carl Barat unfurls the centuries-old story, which ended with the port’s closure in the late 60s. A single remaining seaman’s mission provides extraordinary memories, set against an atmospheric score by Klaxons’ Anthony Rossomando featuring samples from the area’s living heyday.