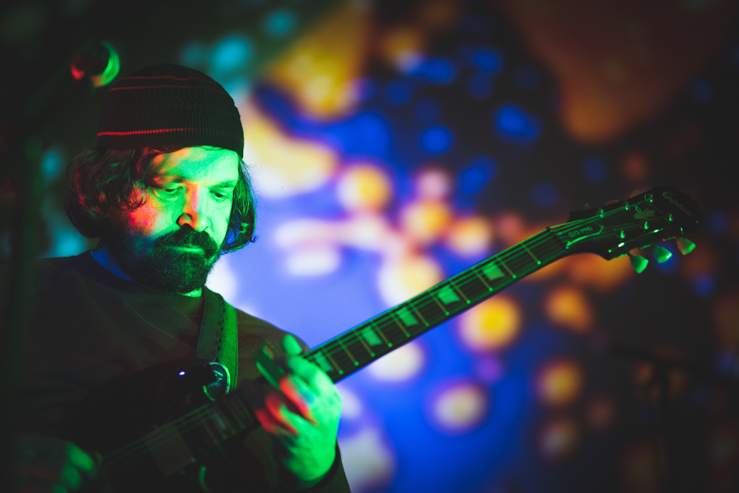 Those colourful swirling patterns have a lot to answer for. When Chris Tomsett started doing visuals for Brighton gigs as Innerstrings Lightshow he probably didn’t figure on creating an entire scene around his oil-based projections. Or maybe he did, given that he also co-founded Lewes Psych Fest.

Anyway, his rig is back in action this month at Psychedelic Sundae, a semi-regular all-dayer that plays the little brother to the wigged-out Lewes elder. The promoters have also thoughtfully booked some bands to go with the lightshow…

This equinox edition features seven acts spanning the full colour spectrum of psychedelic music – from the garage/indie sounds of The Decadent Dayze to the costumed art-jazz of Hill and the funky jams of King Arthur On Mars (that name alone says more than any blurb we could write). You’ll also get hypnotic drum rhythms from Map 71, ambient electronic music from Astral Engineering and accordion-led acid-punk from Dog Of Man. Melt Plastic Group (pictured), who also played at Lewes back in January, will bring the big riffs and banter.

Ben Bailey is the editor of Brighton Source and a freelance writer. He also plays in a few bands and can sometimes be found giving talks on a variety of niche topics. He lives in Brighton and rather likes it.
← PREVIOUS POST
Love Supreme Festival 2022 new announcement
NEXT POST →
The Undertones, Thurs 17th March