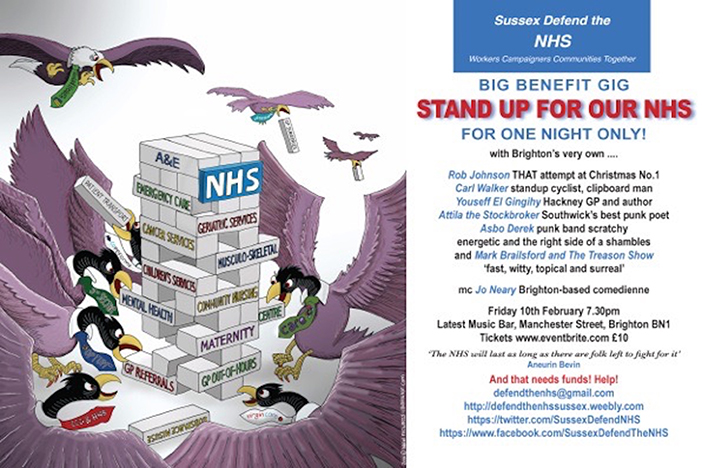 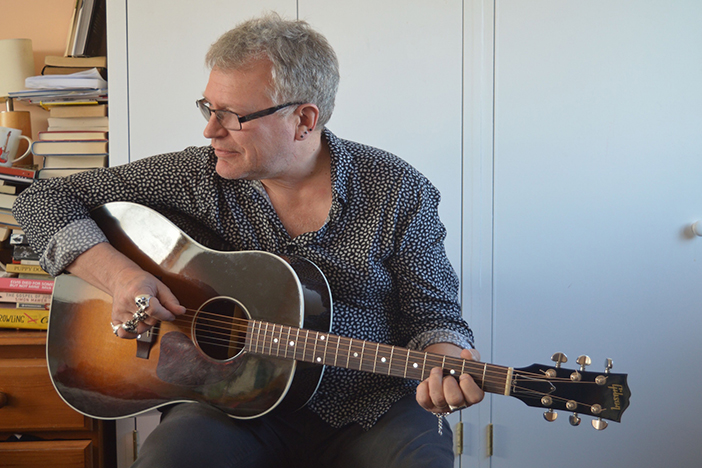 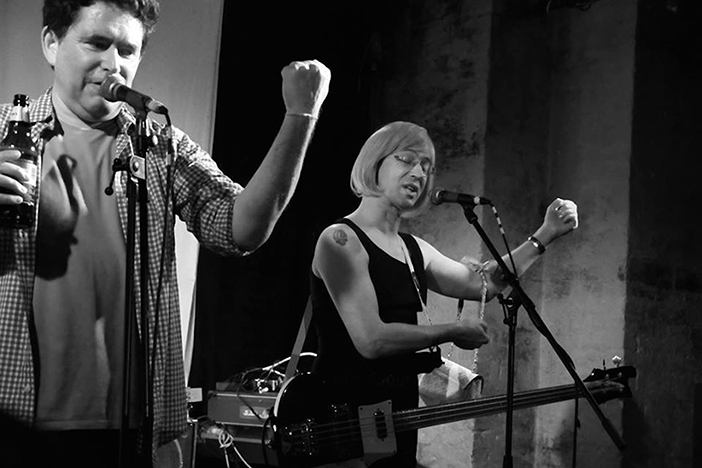 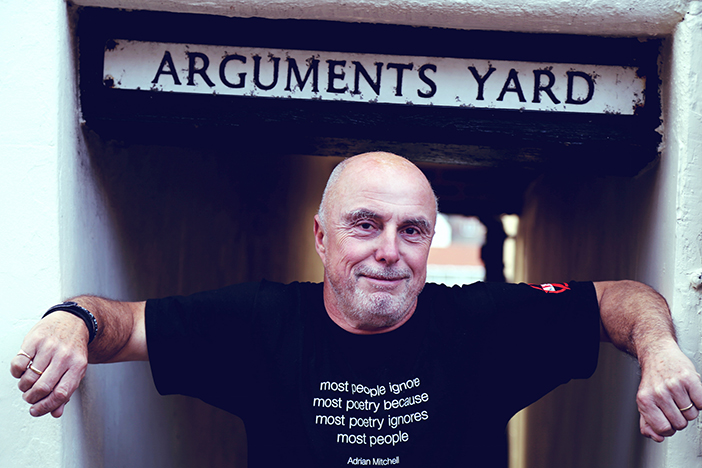 Stand Up For Our NHS Benefit Gig, Fri 10th Feb

Even if you were somehow unconcerned by the cause, you’ll at least get your money’s worth at this Defend The NHS benefit gig. Jo Neary, Brighton-based comedienne, is great value on her own. But, as MC for the night, she’s also one of seven local acts performing stand-up comedy, music and punk poetry.

Carl Walker, an academic turned comic, began writing a book about things that happened to him in the NHS and ended up on stage. He says radical comedy lends itself to radical causes. “In comedy there are no restraints. It allows you a freedom you don’t get anywhere else.”

Watch out for Mark Brailsford and the Treason Show of Komedia fame: ‘fast, witty, topical and surreal’. In addition, political singer songwriter Robb Johnson might just tell us how Corbyn came into his Christmas No 1 bid. On the serious side, you’ll hear from Yousseff El Gingihy – a doctor, writer and campaigner from Hackney.

Serious is not something that can be said about ASBO Derek. The punk pranksters have been knocking around Brighton for 12 years and liken their music to a ‘drum majorette locked up in a garage’. Their album – with 23 tracks recorded in eight hours – comes out this summer. Most of ASBO have worked in the health and care sector so they’re all behind the campaign.

Finally, our local lad, Attila the Stockbroker, has toured the world and released a stack of songs, poetry and an autobiography. He told us: “I was diagnosed with bladder cancer two years ago. The NHS is looking after me wonderfully. I will defend it with my life. Literally.”

“It will be a great atmosphere, you’ll learn a bit about the campaign and it’ll be fun,” says Katrina Miller, who helped organise the event with others from Defend The NHS Sussex. “I grew up with a welfare state so I’m outraged at the neo-liberal project to destroy it. Turning everything into a market is bad for individuals and bad for communities.”

There is also a public meeting the following week at St George’s Church in Kemptown with Caroline Lucas on the 16th. See details here.

Mike lives in Brighton. This is a full time occupation. He's also a researcher, writer and activist. Any time left over he spends hanging around cafes and pubs listening to people on their phones. He loves theatre that pokes into difficult places. You won't find him on Facebook.
← PREVIOUS POST
JABBA Residents, Sat 11th Feb
NEXT POST →
Most Memorable Brighton Gigs of 2016