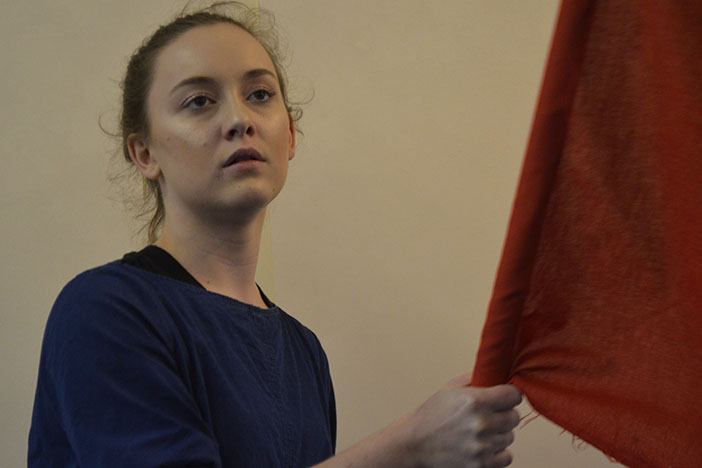 Brighton Fringe Review: About A Revolution

You won’t be surprised to hear that ‘About A Revolution’ is no conventional play. In fact, the form is as disruptive as the theme. It includes agitprop, personal testimony and some audience engagement.

It starts in classic socialist realist art style with actors bent forward with the red flag. Voices call out from behind the audience. Then Lenin begins to tell his story. But any expectations that this will be a linear play are quickly upset. He travels across time to debate with Emily Pankhurst, Rosa Luxemburg and a homeless person camping outside Tesco. There is a namecheck for Trotsky, Che, Allende and Martin Luther King. Then: bang! All dead!

This is a massively ambitious drama in a genre somewhere between Brecht and Boal. We see a bricolage of social struggles from 1917 to the present day. Captions with social facts flash up on the large screen. The lighting accentuates the mood alongside beautifully crafted choreography. Young people in the cast – from Shoreham, Hastings and Brighton – speak with passion about their real anxieties and current experiences of change. The audience are invited to shout out what things are pissing them off. 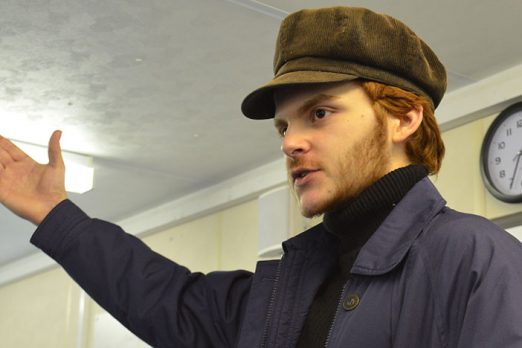 It was the first performance of a project, constructed from historic research and debate among the team, over a six-month period. There may be a few tweaks. Occasionally, the script edges towards sentimentality about the noble poor. But no punches are pulled in articulating injustices faced by disabled people in the welfare system or the high rents young people pay. There’s a thumping power to the voice from Grenfell Tower. “This is not a tragedy, it’s a crime,” says a voice.

But what is to be done? “£10 will buy a blanket for a homeless person,” says another. Lenin intervenes to tell us that capitalists love charity to ‘cover up their crimes’ by saving 1 in a 100. But charity is surely good, another voice says, “people are doing such wonderful things”. This play is a long way from polemic. But you can bet that the Prime Minister woouldn’t enjoy it.

At the end, the packed audience drowns out the noisy generators at the venue with an uproarious standing ovation. Vive la Revolution!

Mike lives in Brighton. This is a full time occupation. He's also a researcher, writer and activist. Any time left over he spends hanging around cafes and pubs listening to people on their phones. He loves theatre that pokes into difficult places. You won't find him on Facebook.
← PREVIOUS POST
Brighton Fringe Review: A Berlin Kabaret!
NEXT POST →
Brighton Fringe Review: David Hoyle's Love In