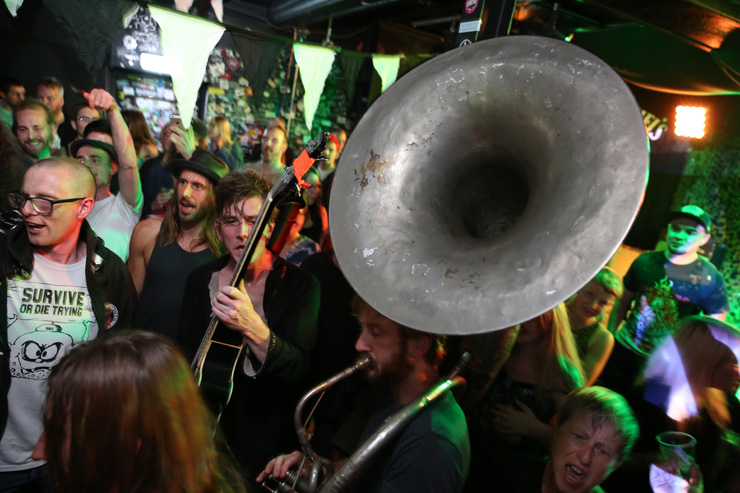 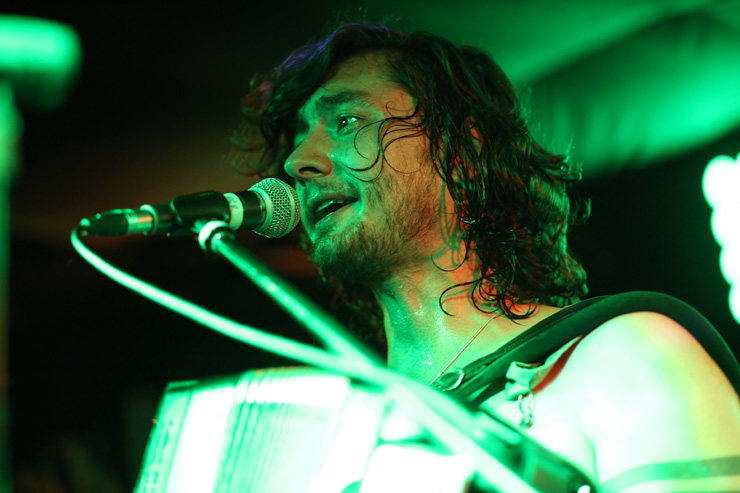 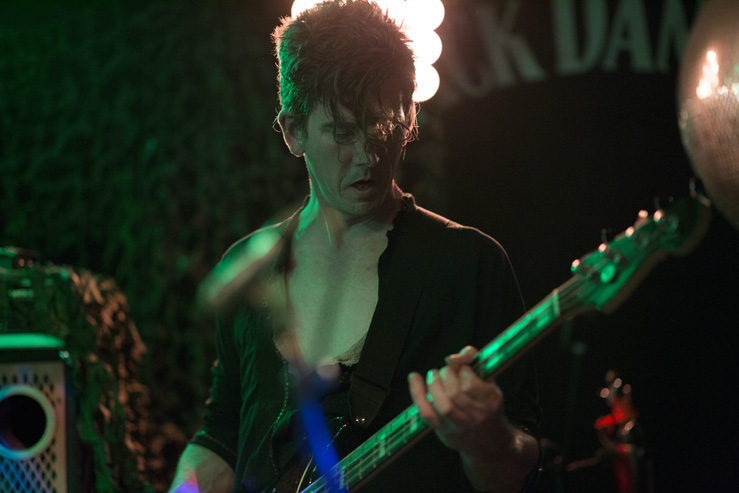 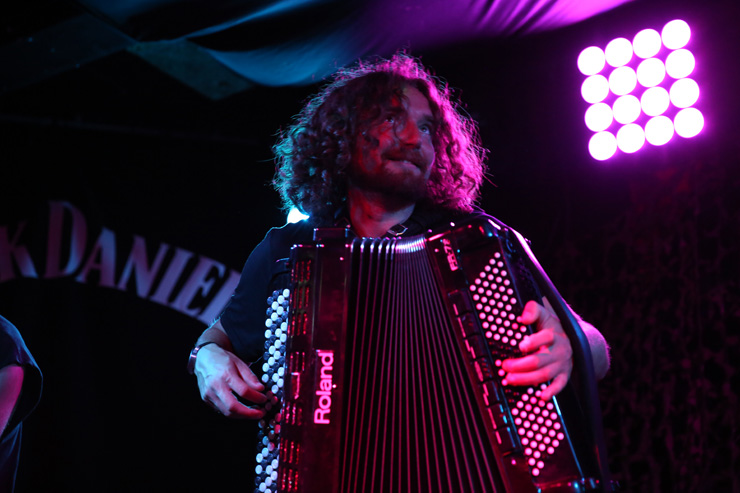 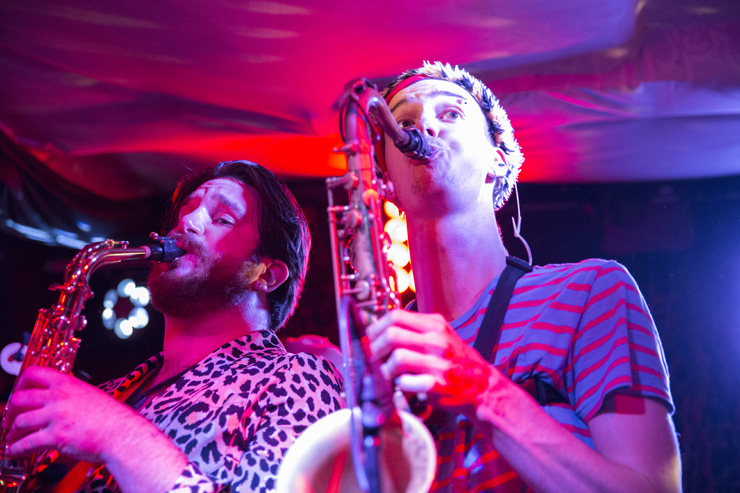 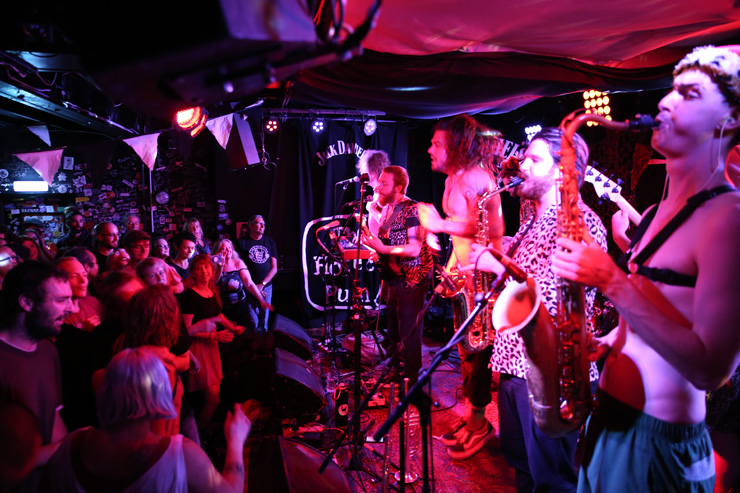 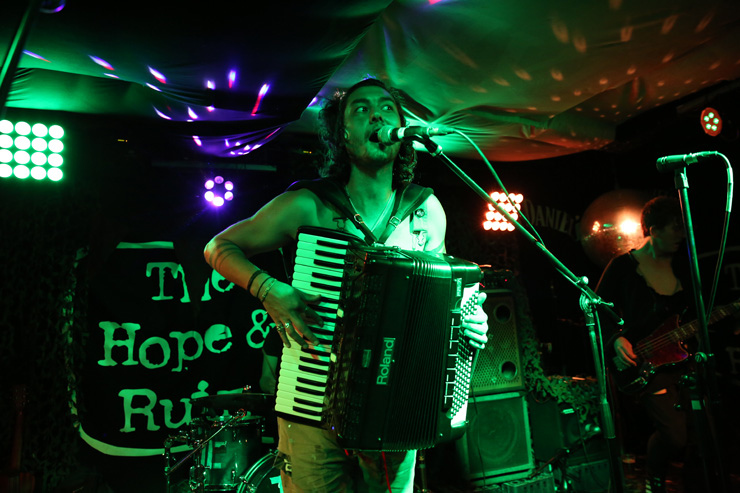 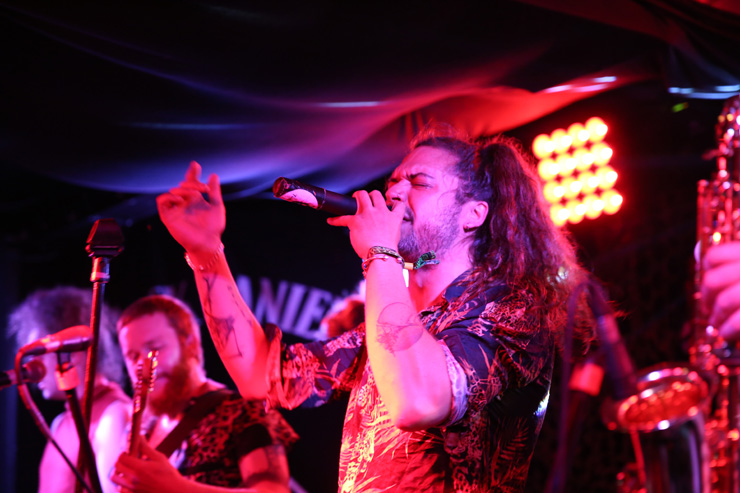 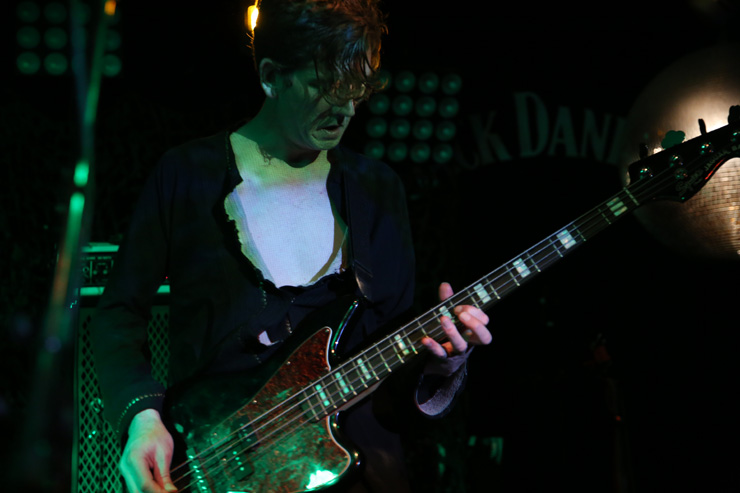 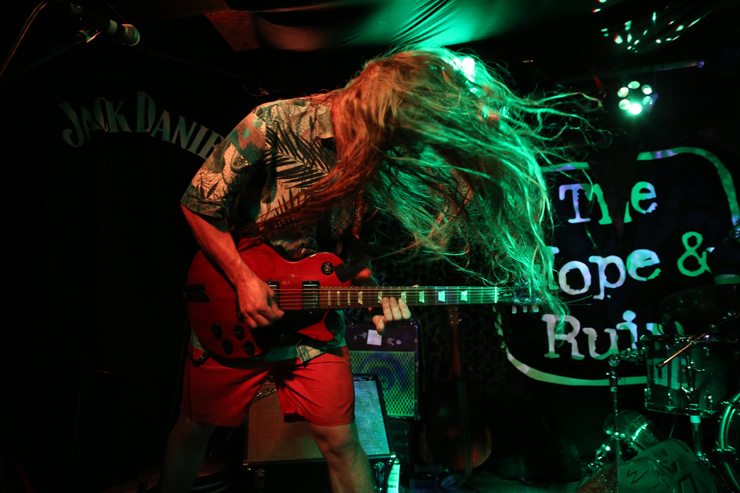 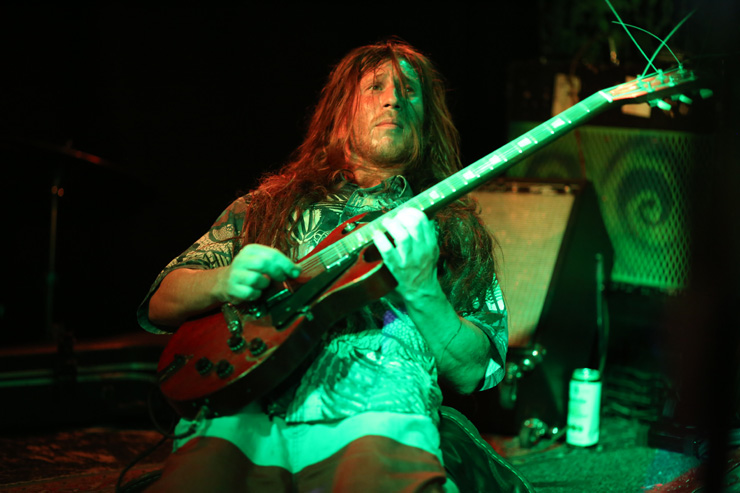 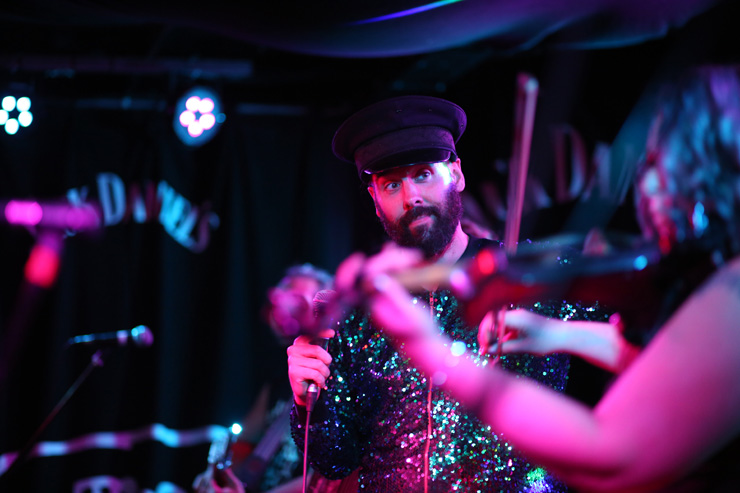 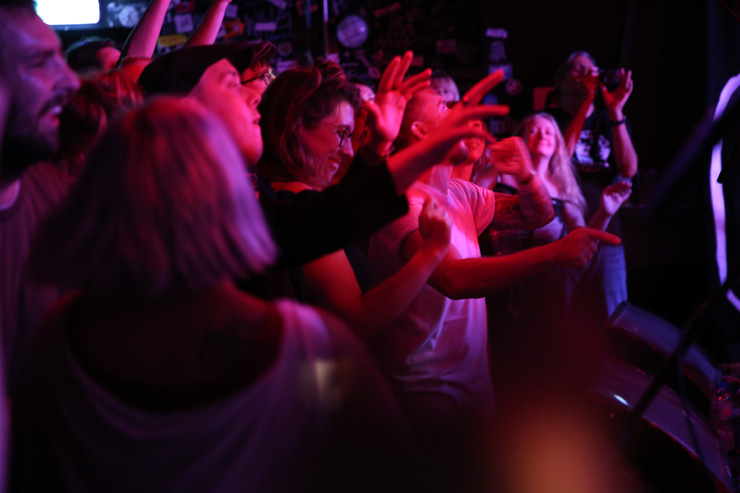 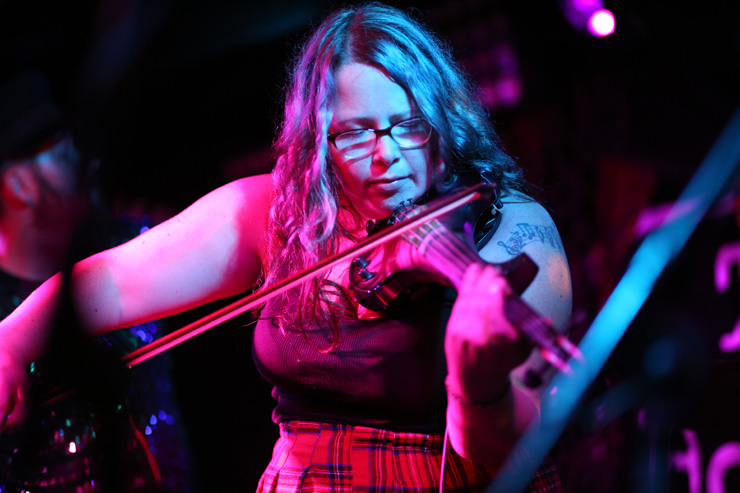 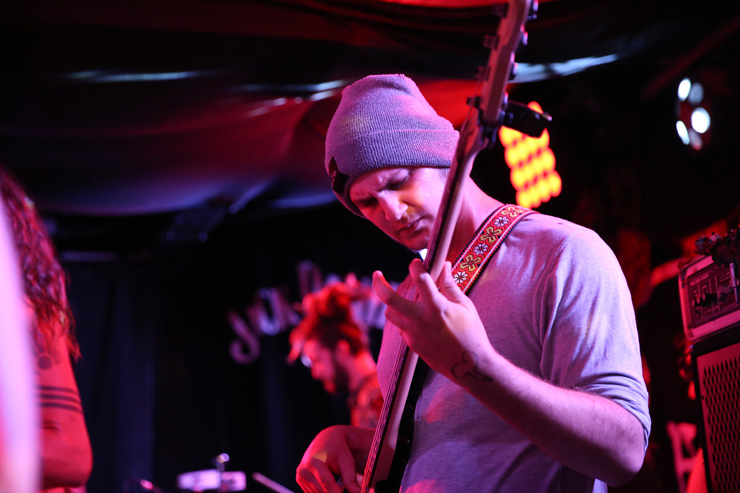 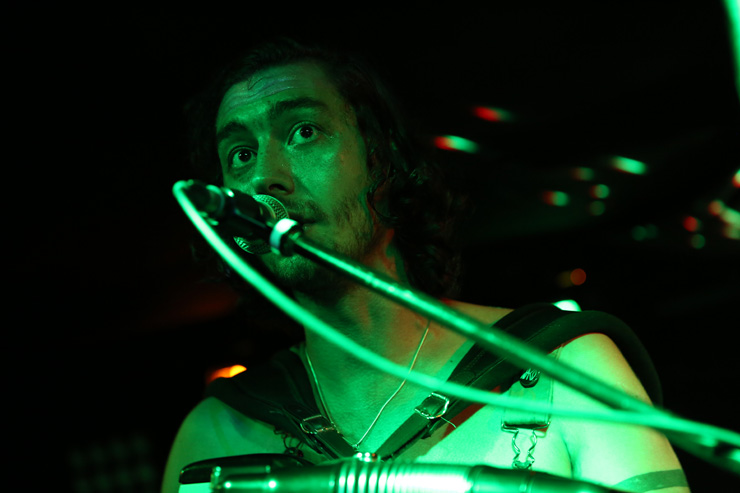 Blues, reggae, soul, folk, rock’n’roll… Back in the day, genres were genres, with no blurred edges, each one fiercely defended by their advocates. Ewan MacColl once defined what he considered acceptable folk music – and when Dylan went electric, dismissed his output as “10th rate drivel”. Such purist pronouncements, however, are a musical dead-end.

Folk and rock have come together in countless bands, from Pentangle to Beirut. The Police adopted their own take on reggae. Eno and David Byrne’s seminal album, ‘My Life In The Bush Of Ghosts’, brought together electronic and world music. More recently, Bowie’s ‘Black Star’ features jazz saxophonist Donny McCaslin throughout. The best music sheds the straitjacket of a defined genre, incorporates influences from a multitude of sources, and thereby constantly reinvents itself. At Friday’s Hope & Ruin gig, four acts prove this point perfectly.

First up is Mhairi Lockett, a folk/punk/chanteuse hybrid, raised in the Yorkshire Dales but currently living in Brighton. Her voice is deep, warm and pure; her lyrics outstanding. “We’re not machine people, we’re flesh and we’re bone.” “The bills don’t get paid if you don’t sign your life away to another dead end job.” “No borders, no nations. Stop the deportations… Say it loud, say it clear. Refugees are welcome here!”

Protest songs then, but with so much humour. The intrusive man at the bar kissing her neck “slips on his own sick”. A dystopian future imagines people “gathered round the last tin of Spam”. And in her last song, ‘Bipolar City’, Lockett roleplays a series of Brighton ‘types’ in language that is as clever, witty and perceptive as the best of Victoria Wood.

Next up are Buffo’s Wake. A six-piece with instruments that include an accordion, a double bass and a violin, they too avoid pigeonholing. Two-tone punk klezmer, perhaps? From the opening bars, one thing is clear. The band is there to entertain us. As they explain, normally they’d be playing later on to a room full of drunks. Their sound, however, proves intoxicating and soon the whole room is bouncing.

It is as though Madness and Devotchka have teamed up, then run off to the circus together. Tracks off their album ‘Carniphobia’ go down well, with ‘Dark Eyes’ encapsulating their very best. The standout instrument is the violin, one moment languorous and yearning, as if accompanying a touching moment from a silent film; the next moment, so fast and urgent, the hapless dancers in the crowd cannot pogo fast enough to keep up. And it is a testimony to their generosity of spirit that they conclude their set by getting the crowd to chant the names of the next two bands up. “Town Of Cats! Dog Of Man…”

The time has come for Dog of Man, band of the night, to hit the stage. With their guitar, bass, drums and… accordion, they too subvert the norms of a standard pop/rock band. As they break into ‘Wedding Night Erection Failure’, the crowd surges forward. The sound is dark and menacing, the lyrics a clever take on having to perform: “you’ve got a job tonight”. Having thanked us all for turning up – and wryly observing that “we’ve sandwiched ourselves between two really good bands”, they play an older track – check out the terrific video – ‘Meatcure’.

The songs keep coming, some old, some new. But how to describe the sound… grunge? metal? post-punk? alt-psyche? There’s definitely a touch of prog there in that accordion playing, from Keith Emerson’s keyboards to Ian Anderson’s flute. But who cares?! Dog of Man are cherry-picking the best and creating a sound that’s uniquely their own. And they’ve been doing it a while. It’s fascinating to go back to their Bandcamp offerings and see how individual songs have developed. Better still, a track like ‘Regicide’ – “This is a new tune, you’re the guinea-pigs” – proves that they’re still exploring, still growing, still delivering the goods.

Dog of Man, up close and personal

Some fans have been with the band a long time now, and when the four of them step down into the audience, a couple of notes on the guitar is all it needs for everyone to join in, “when you rock and roll”, “I should’ve been so lucky!”. This has turned into a huge party, and when the band return to the stage for ‘Taxi’, the ska-injected bounce of this final track prepares us for the band topping the evening tonight, Town Of Cats.

Nine of them are packed together on the small stage; the standard bass, guitars, drums set up augmented by brass instruments. Not surprisingly, the sound is beefy and full, and as they launch into ‘Bastards’, the crowd sings along with them. “Don’t let the bastards grind you down.” No chance! We’re all partying now. Afro-Caribbean beats are dancing with Latin rhythms; there’s ska, calypso, gypsy swing. The lead vocals are a great mix of rap meets grime meets toasting.

A moment of reflection is introduced by ‘New Kind Of Blue’ – “a song about depression, about sadness. Cos it’s important that you respect the sadness in other people”. Then, after a brief vote, they settle on another crowd pleaser, ‘Mr 100’. By now, no one is standing still, and by the time the band play out, we could be on the streets of Rio for caaaarnival!

It’s been a fantastic evening from start to finish. Dog Of Man’s excellent album, ‘Dogmatic Manual’, has been the catalyst for it all, but on the night, four top acts have given it their all. Genre benders, the lot of them. Triffic!