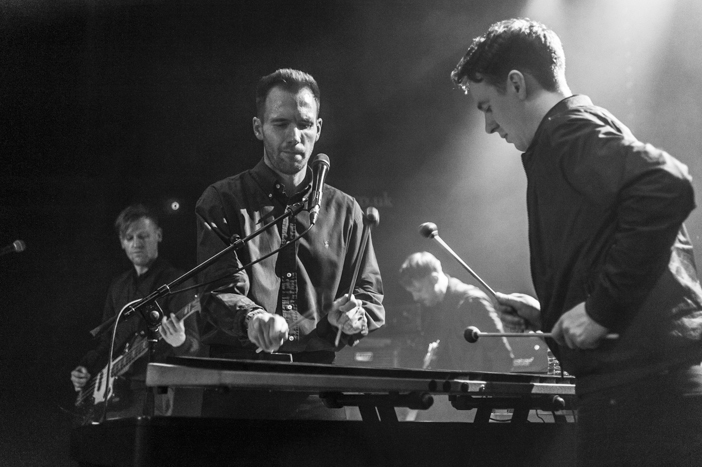 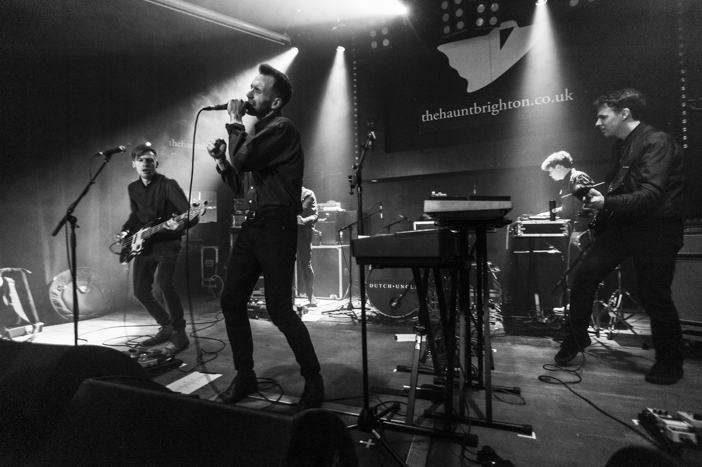 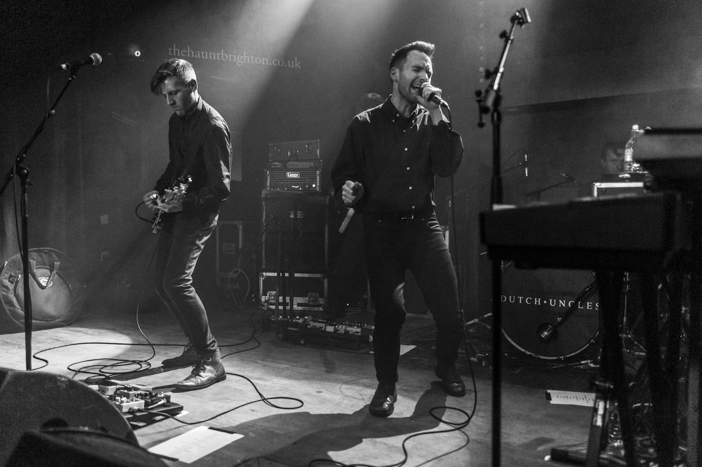 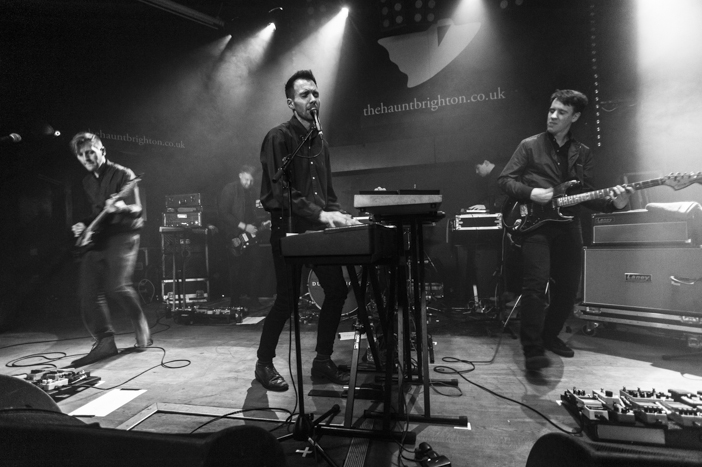 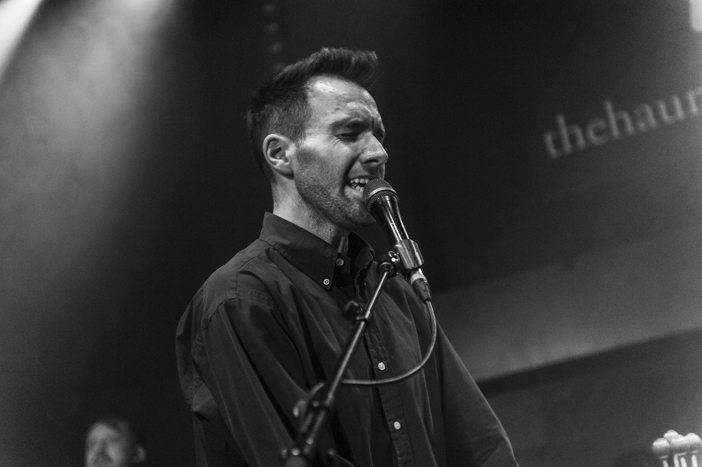 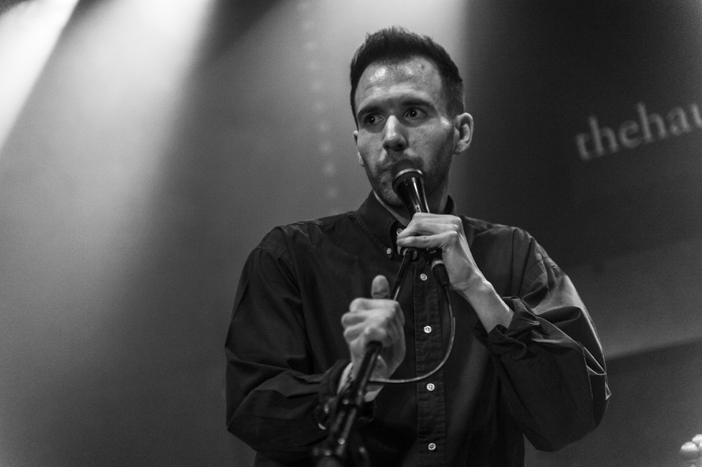 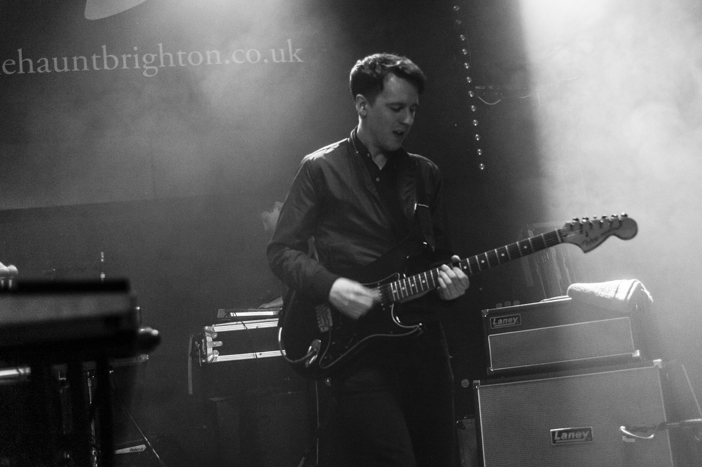 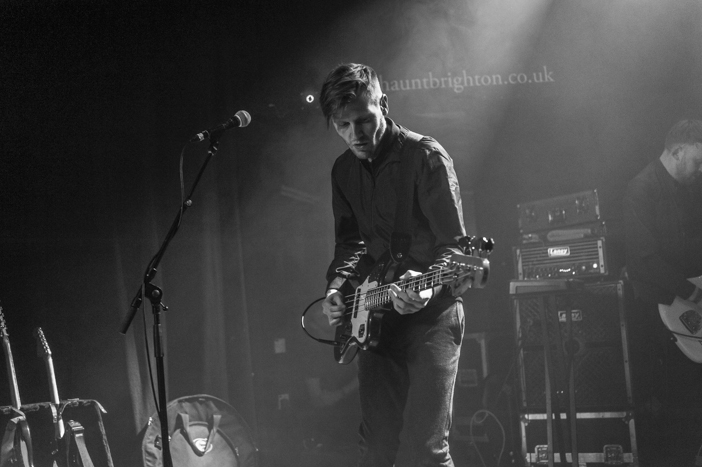 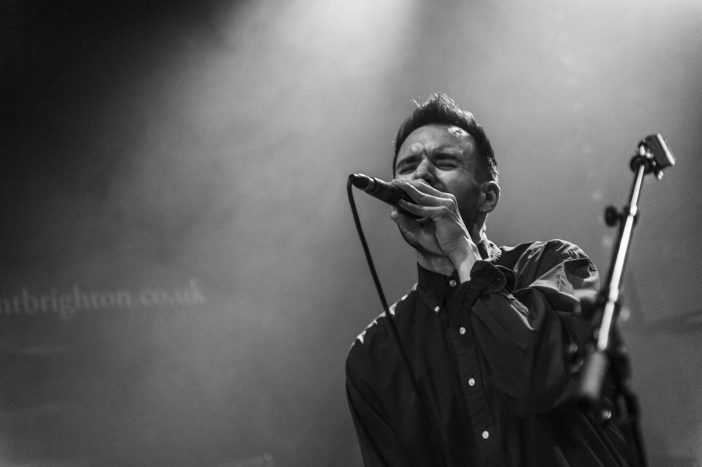 Dutch Uncles brought their uplifting upbeat sounds to The Haunt for their ‘Big Balloon’ tour that’s just over mid-way through. There’s no evidence of slacking though, as frontman Duncan Wallis didn’t hesitate to energise the audience with his jittery hip thrusting and quirky anec-jokes.

‘Big Balloon’ is Dutch Uncles’ fifth studio release, their fourth on Memphis Industries, and deviates from a solitary theme with the album encompassing an array of issues from austerity cuts to fried chicken to therapy.

Notable highlights include ‘Streetlight’, a high-tempo disco track with heavy bass riffs accompanied by Wallis’s androgynous vocals discussing coming to terms with loneliness; and ‘Same Plane Dream’ that addresses benefit cuts and Tory double standards. Both as fast paced as each other, Wallis ironically quipped afterwards “we get blander and blander and one day we’ll transform into Travis, or something… and that would be great!”.

Consistently dependable, the Manchester art-pop alternatives crammed in a full set of tracks, going all the way back to their first ever recorded ‘I Owe Someone For Everything’, a song about love. And there was clearly a lot of love and reciprocity in the air tonight – with one couple of fans receiving a special dedication for coming to every show of the tour.

Dutch Uncles closed with the ‘Big Balloon’ title track, a song that’s been consistently featuring on BBC 6 Music since the start of the year, before returning for a three-track encore. This included ‘Flexxin’, from album ‘Out Of Touch In The Wild’, and summed up the atmosphere of the night when it had everyone clapping as guitarist Pete Broadhead took to the cowbells; meanwhile shapes where thrown on the dance floor to the lyrics: “When you put it in a dance, I see it, you are my plans”.

Francesca Moore’s passion for the performing arts has seen her photographing live stage events for the past ten years; shooting at intimate venues and major stage events for a range of editorial clients, and with the production of limited edition fine art prints. Her personal work stems from interests in people and the environment, where she draws on her scientific background to portray humanitarian, social and environmental issues. She began contributing to the SOURCE after a permanent move from London around the time the magazine was dropped for an online only presence. She’s assured there’s no correlation.
← PREVIOUS POST
Dizraeli & Downlow Review
NEXT POST →
Cosey Fanni Tutti in Conversation, Sat 22nd Apr
Mailing List
Recent Posts
Website developed in Brighton by Infobo
Copyright © Brighton Source 2009-2021
Dutch Uncles Review - Brighton Source