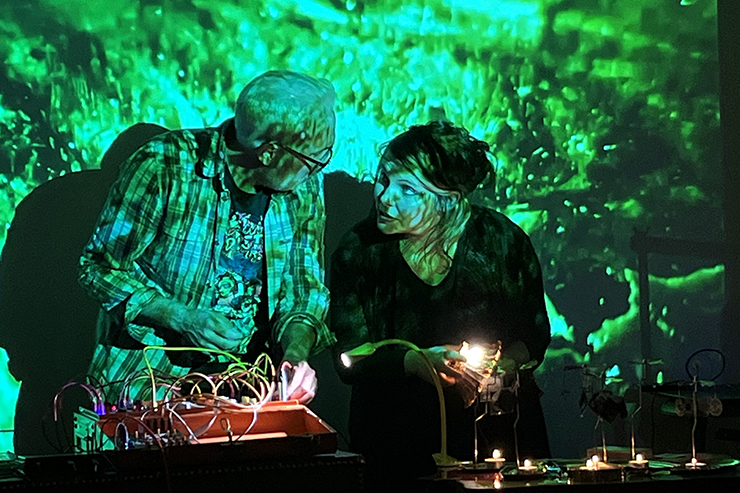 What’s not to love about The Rose Hill? Creative hub and venue, a tavern with charm, the candles, cushions and two-sided bar, Brighton’s version of Café Oto sprinkled with its own personality. Here is a place that brings us music, art, theatre and performance, often blended together, usually from the fringes but always carefully curated by the Rose Hill team.

True to form, for the first Saturday of the festive season, the place offers up an eclectic pairing from differing points on the electronic music continuum. R.Dyer brings a song-based perspective with a wry focus on the clutter of the everyday wrapped in an avant-pop soundscape. The set opens with the bittersweet ‘Lights’, a tune which captures the essential of this multi-instrumentalist’s inventive and individual approach. Deftly chosen Casio beats, looping saxophone harmonies and weeping lines from an expertly bowed saw, serve the song well. Even the Peter Sellers sample amidst the half-rhymes seems perfect.

From here R.Dyer takes us on a quirky journey through the world of stationery cupboards and rainy weather, stories of minutiae and mundanity told with rich and resonant vocal clarity. ‘Little Victories’ reflects on those small things that help the bad days along with a smouldering almost trip-hop vibe topped with fluent jazz-tinged sax lines. There’s some real emotional heft here which carries over into ‘Blaze And Blue’, a song that touches both light and shade with a subtly sweeping melody and underpinning harmonium-like drone. That tinge of traditional folk which threads through R.Dyer’s music shines out on her final song, the exquisite ‘King Alfred’s Cakes’. Played unplugged with harp on lap, the singer’s poignant story of ancient fungi and woodland destruction, told from the perspective of her writing desk, may sound implausible but, like much of R.Dyer’s music, it’s sprinkled with heartfelt magic. 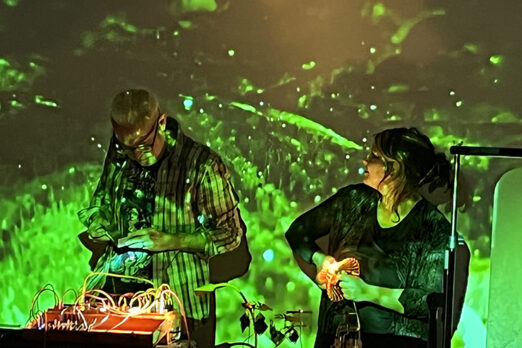 The set-up for Ravine/Machine shifts from the vaguely recognisable to a plethora of wires, strange boxes, torches, candles, projectors, screens and laptops. A relatively new collaboration between recording musician, sound designer and instrument-maker Scott Pitkethly and artist, geographer and film-maker Amy Cutler, their experimental and immersive media soon radiates from the tiny Rose Hill stage. Starting with the minimal tinkling of a hand-turned music box, the candles are lit under Cutler’s shadow carousels. These beginnings seem almost insular, but from here on through a flow of twists, turns, and crescendos, Ravine/Machine’s performance unfolds with graphic power.

As the swirl of back projections, ceiling-projected colour-play, surging chords and delicate passages fill the space, different elements draw attention: the modulation between gorgeous harmonics and rhythmic semaphore that Pitkethly coaxes from the zither; the amplified clatter of the slide tray which distorts to an ominous crunching undercurrent; and that large scale imagery that dissolves from the abstract to the starkly human. There is something ingeniously holistic about the experience, sights and sounds are inseparable, unfolding a chilling narrative around real environmental challenges.

As the candles are blown out and the last jack plugs are repositioned in the drone box, the place of the people at the centre of this riveting experience gets a final emphasis. The understated interplay between Cutler and Pitkethly in their glances, smiles, dips and shimmies, are a reminder that the partnership is also very much about performance. 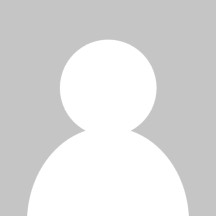