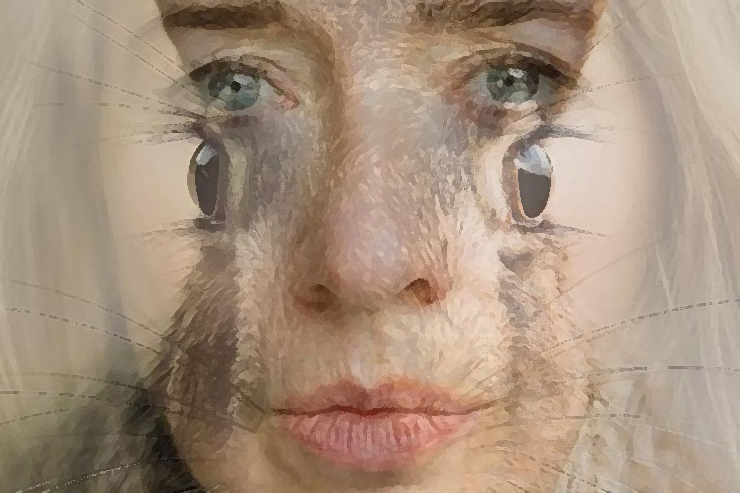 Two women with a well founded fear of persecution are living in the Arun Valley. There may be torchings on the Sussex Downs. It’s the early years of the 19th century.

The play starts with two women weaving baskets, ever watchful, looking out beyond the audience. Their presence on an empty stage is magnetic. We are hooked before we even take our seats.

Could a woman turn into a hare and back again? That would be witchcraft! Could she make your cow run dry by staring at it? Don’t go wool gathering! She’s just a woman. But they might burn her shack down.

The older woman holds a baby to her breast. The younger woman dreams of love. As the story continues their lives converge.

The play, re-imagined and directed by Sam Chittenden, is loosely based on a tale of Ol’ Sary Weaver who lived in Sussex during the 1800s. The vocabulary is rich and arresting. It reveals Sary’s knowledge of healing herbs, a mythic intimacy with the chalk landscape and a life lived as an outsider one step from persecution.

She’s a woman living alone on the Downs in a time between Mary Wollstonecraft and Virginia Woolf. Ten shillings and a hut of your own? The men are circling around. Avaricious and suspicious. Before long Sary feels a bump in her stomach and it is time to get walking. She searches for yarrow to stop the bleeding. But where to hide the placenta?

The Wellington’s intimate theatre means that the atmosphere has been conjured by the time we take our seats. We are close enough to touch the set. Meanwhile, the rural ambience is created by subtle changes of light and sound, designed by Simon Scardanelli. The setting holds both the stillness and intensity of a 19th century oil painting. But, above all, the eye contact and concentration of the two actors, Sharon Drain and Rebecca Jones, remains impeccable throughout.

‘Sary’ avoids the folksy and the sentimental. It’s as tough and tender as old barley with a dash of the ineffable. Top class theatre!

Mike lives in Brighton. This is a full time occupation. He's also a researcher, writer and activist. Any time left over he spends hanging around cafes and pubs listening to people on their phones. He loves theatre that pokes into difficult places. You won't find him on Facebook.
← PREVIOUS POST
Fontaines DC, Thurs 6th Dec
NEXT POST →
Therapy Review