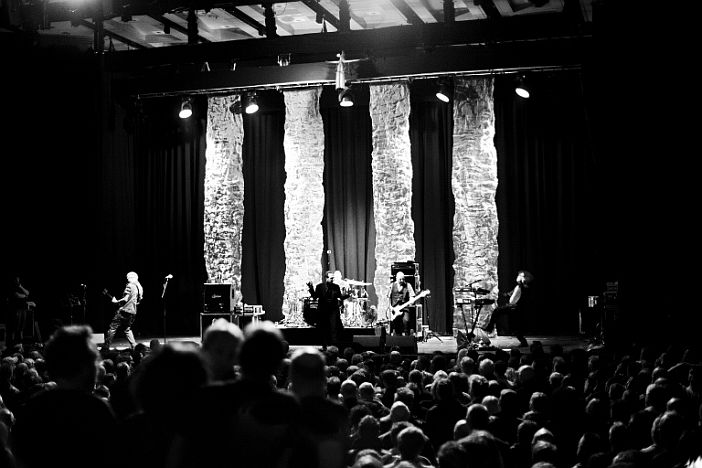 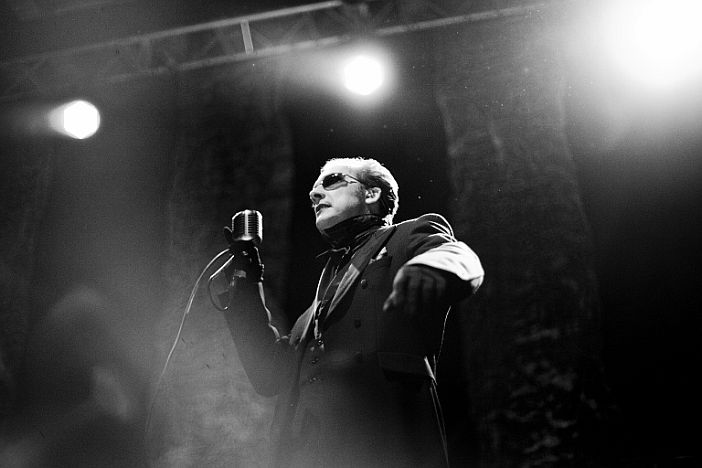 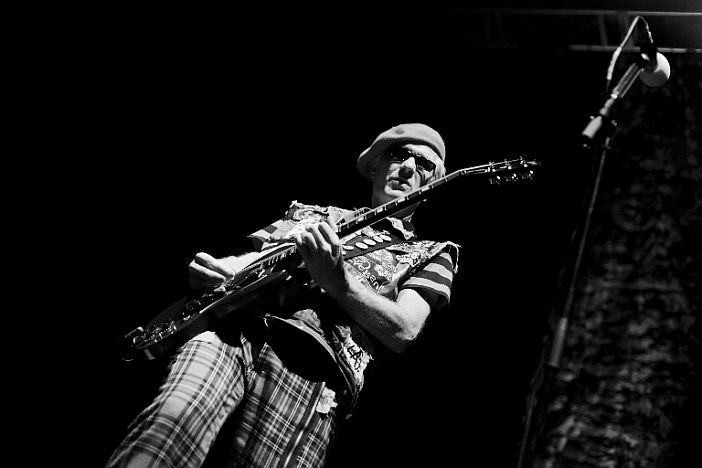 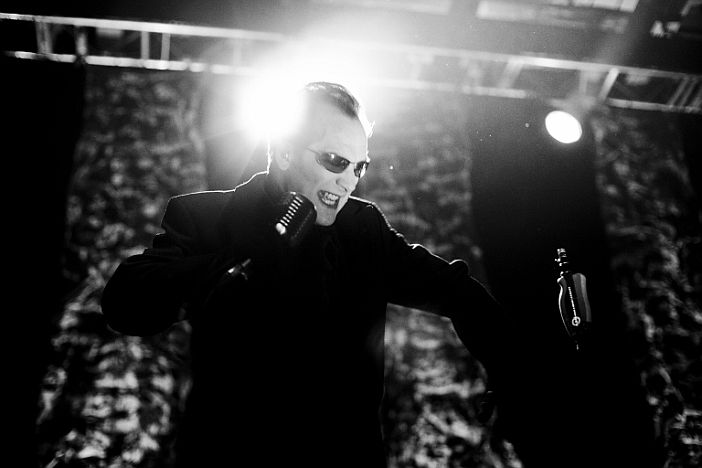 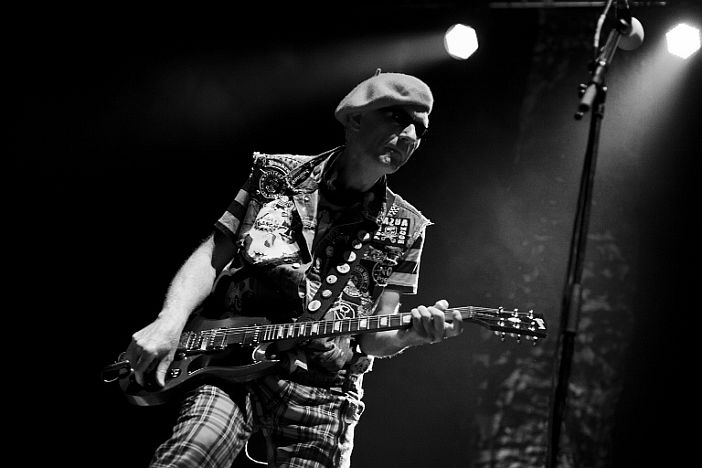 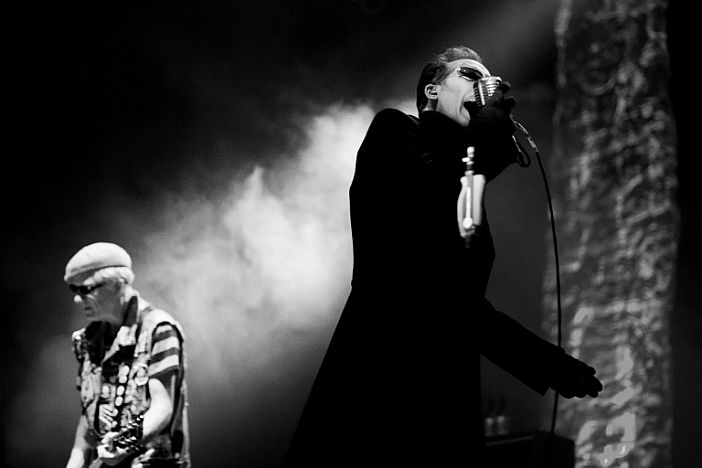 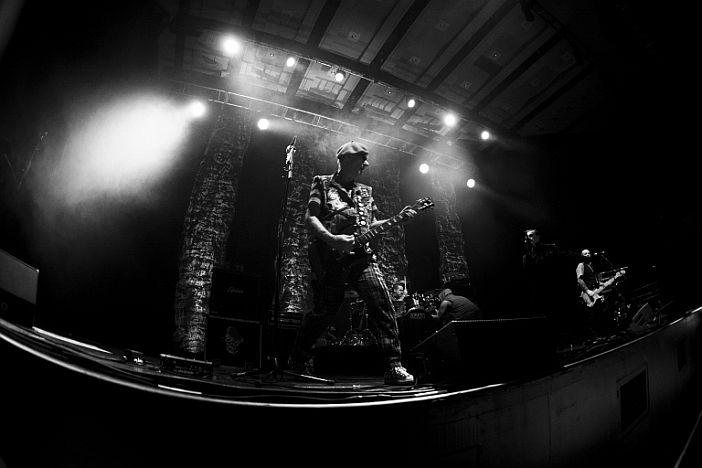 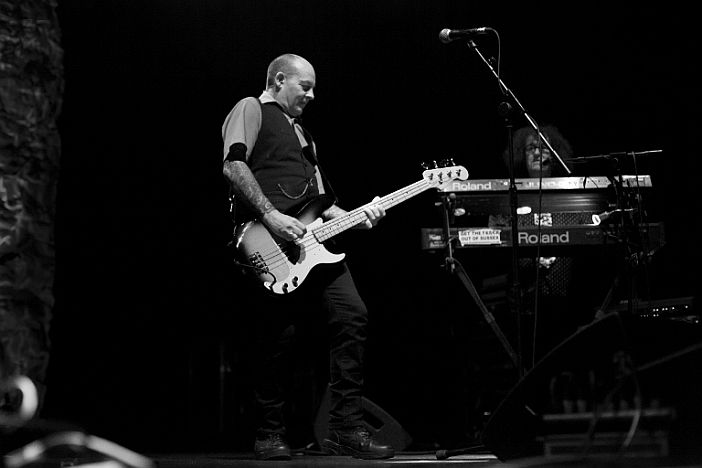 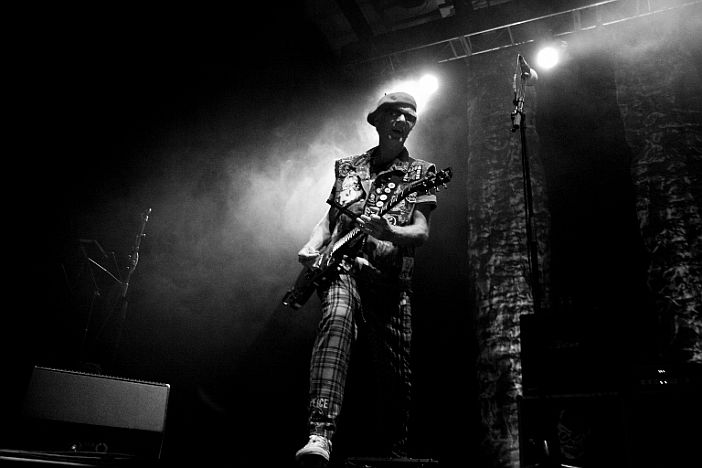 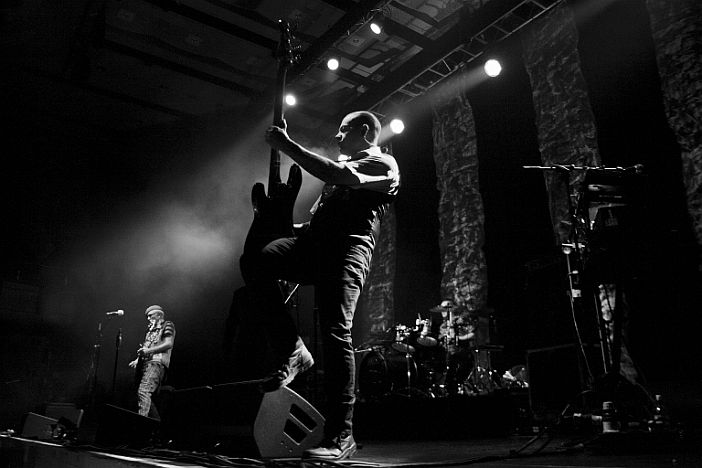 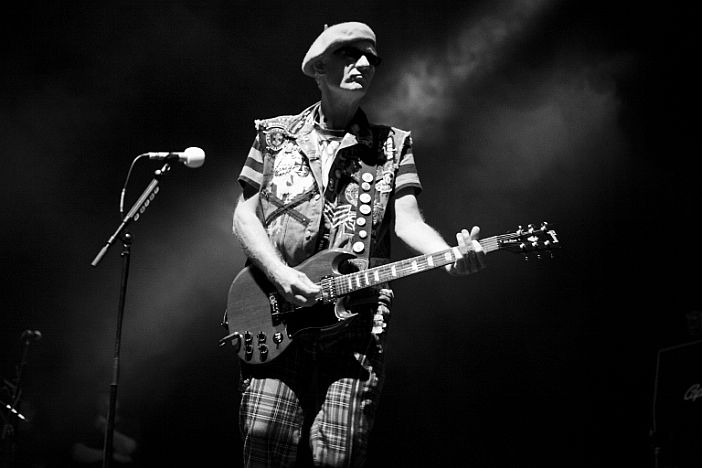 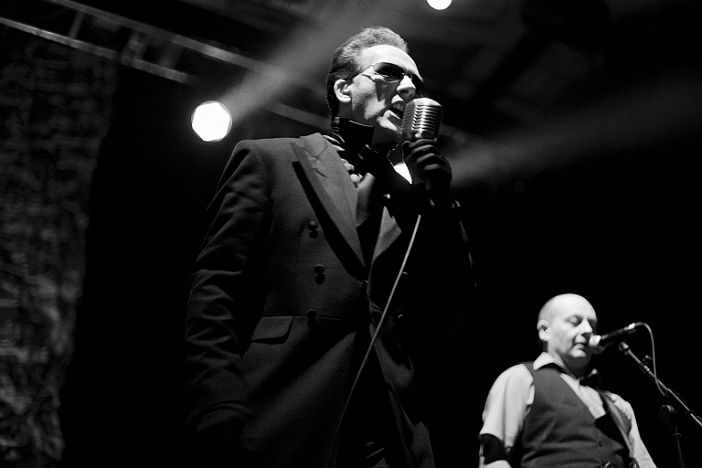 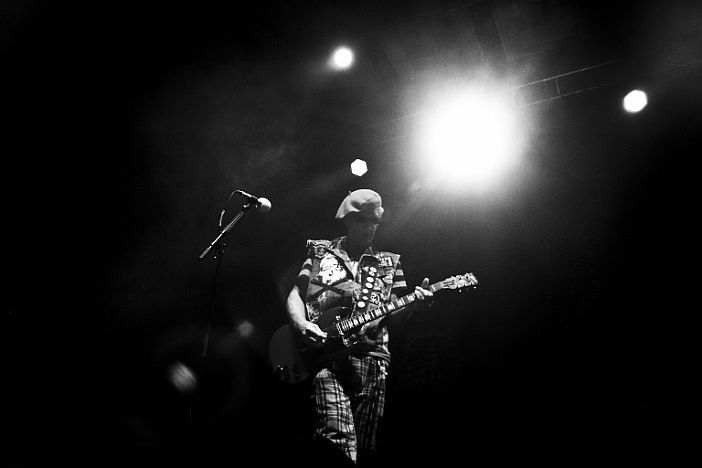 It seems incredible that we are here to celebrate the 40th anniversary of punk rock but as a seemingly ageless Captain Sensible bounces on to decry the ironic intro of rock dinosaurs Emerson Lake & Palmer’s ‘Fanfare For The Common Man’ before launching into the still-exciting ‘Neat Neat Neat’ it’s clear that this is far from being a going-through-the-motions revivalist show. Dave Vanian stalks the stage, spinning on his heels and by their third song there’s a drunk bloke with his shirt off bouncing off the statues at the front.

‘Born To Kill’ sees keyboard wizard Monty Oxymoron getting over-excited as the Captain shows off his guitar skills before a brooding ‘Feel The Pain begins’ with a cackling Vanian’s spoken introduction that escalates to an electric finish.

The only problem with bands playing classic album sets is that you always know what’s coming next, yet when Dave Vanian asks “Is she really going out with him?” the hairs on the back of your neck tingle and as soon as the tribal drums kick off we found ourselves jumping around to the timeless ‘New Rose’. Monty runs to the centre of the stage bouncing around like an uncoiled spring, genuinely propelled by the song’s unbridled power.

The album ends with The Stooges’ ‘I Feel Alright’ followed by a seaside organ snippet of the absent ‘Stab Your Back’ courtesy of Monty. ‘Eloise’ sees Vanian in full crooner mode, working the crowd before falling to his knees as the tight band supplied an anthemic backing.

Local trumpeter Chris Corr joined the party to enhance the very pre-Britpop sounding ‘Grimly Fiendish’ and a stomping ‘Stranger On The Town’ that saw the crowd getting a second wind. Their 80s period continued with their version of Love’s ‘Alone Again Or’ that saw their goth fans dancing with their arms waving along to the mariachi trumpet.

Drummer Pinch and bass player Stu may take a backseat to the original members’ showboating but they underpin the whole set to complete what is possibly their strongest line up since the original four piece formation.

The lulling psychedelic noodlings of ‘Smash It Up’ drew us in with a slow build-up that suddenly ignited into one of the night’s high-points as beer flew and the mosh pit multiplied. The night ends with everyone singing along to ‘Noise Noise Noise’, and with the band showing no sign of calling it a day it’s likely that, all being well, they’ll be around for some Golden Jubilee shows.

Steve has been a SOURCE contributor since Summer 2010. Favourite quote - "There's no such thing as a sold out gig".
← PREVIOUS POST
Brighton Theatre To Close
NEXT POST →
The Answer Review
Mailing List
Recent Posts
Website developed in Brighton by Infobo
Copyright © Brighton Source 2009-2021
The Damned Review - Brighton Source