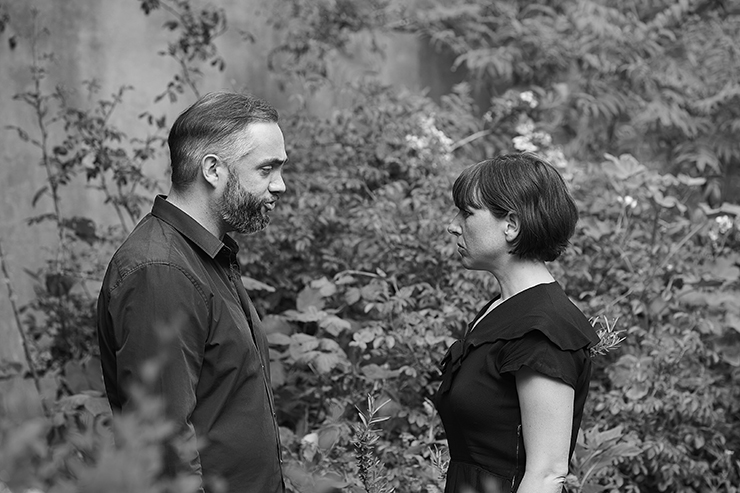 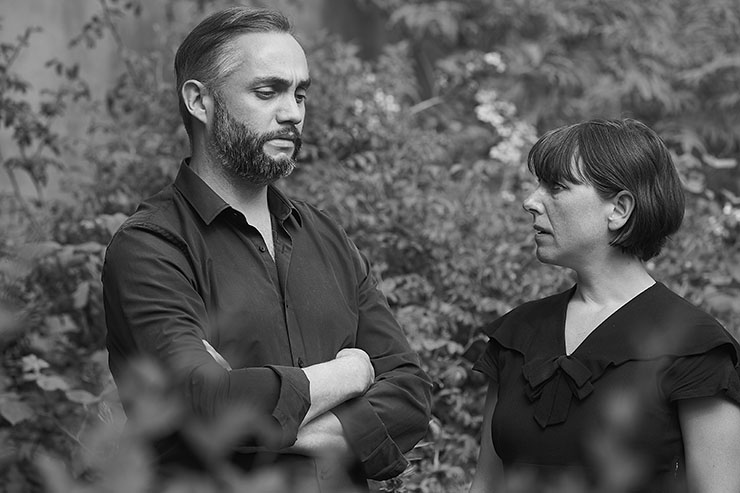 This is the play you dream for – especially on the kind of wet and windy Monday night that’s been stolen from November and stuck into mid-June. But who cares about the weather when there’s great theatre to see!

‘You’ is that kind of edgy emotional drama – with no props and a black background – that only theatre can deliver. The actors embody the feeling, show us the pain, and challenge us to visit the darker corners of our experience.

Kathleen said she was 16. She got into a dance, met a soldier, and they slept together. There were consequences of course. “You’re 15 years old. Get rid of it!” The parents had spoken. But the feelings were strong for both of them. “He told me he was in love!” There were letters. But the baby was adopted. Time passed. So what about, thirty years later, meeting the ‘baby’ boy?

The play explores the feelings of Kathleen, her soldier boyfriend and that comfortable professional couple living in Woodstock Road, Oxford who have been trying for a child so many years.

Our two actors, Sarita Plowman and Sam Tull, are front of stage for the whole play as they morph into their characters at different ages and in contrasting lifestyles. Sarita’s body language and expression runs the spectrum from fear and despair to timidity and, finally, anger. We follow the spoken words, but her embodiment of Kathleen feels complete in itself.

There were a few times late in the play when it was hard to be certain which role was being projected by the actors. Nevertheless, this may have been a poignant device given the universality of the theme of loss. In a sense we might all be a Kathleen, a soldier boy, or a childless couple in Oxford.

‘You’, written by Mark Wilson, has been picking up the honours over the last five years and rightly so. Gina Laline, who directed this performance, brought out the full range of emotion at each stage. If you don’t get a lump in your throat, or a tear in your eye at the end, you should stick with PlayStation.

Mood music plays an integral role in setting the atmosphere with Fred Hills (guitar), Andrew Stuart-Buttle (violin) and Alfie Weedon (double bass) playing from a corner on stage left. This never dominates or distracts but rather attenuates the mood before and during the performance. Are they suggesting melancholy, sadness or forgiveness? A bit of each. It’s an excellent complement to the play.

The venue – tucked away at the edge of the Warren in Valley Gardens – consisted of black oil drums stacked on steel poles to support the roof with the sides open to the rain and road. But it’s tribute to the growing reputation of Theatre No More that well over 60 of us were ready to fill the rows even on a wet Monday evening. Fortunately, the usual posse of ambulances and police cars screaming along Lewes Road had a night off.

Mike lives in Brighton. This is a full time occupation. He's also a researcher, writer and activist. Any time left over he spends hanging around cafes and pubs listening to people on their phones. He loves theatre that pokes into difficult places. You won't find him on Facebook.
← PREVIOUS POST
Lodgefest, 24th & 25th July 2021
NEXT POST →
The Sensemaker Review