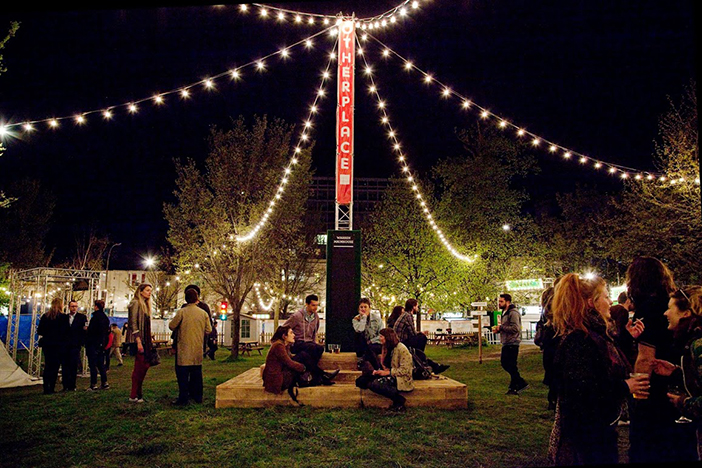 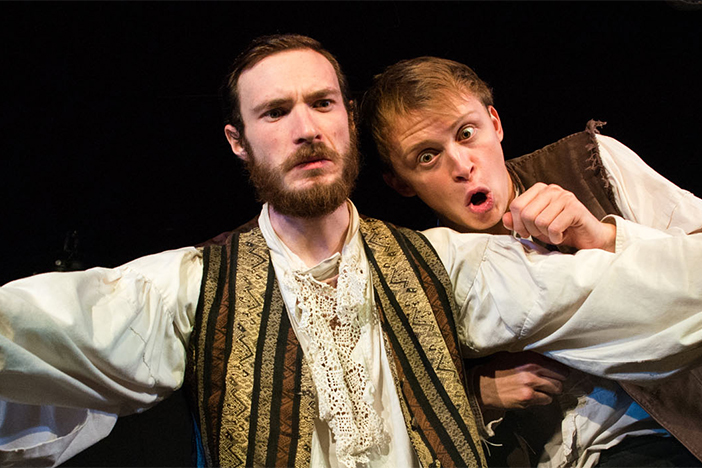 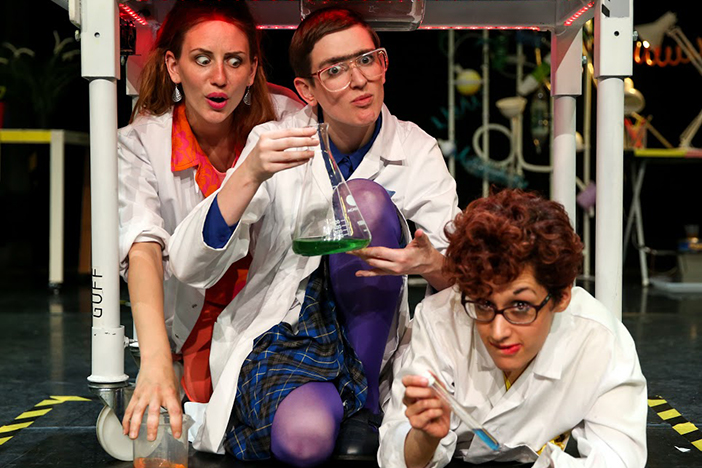 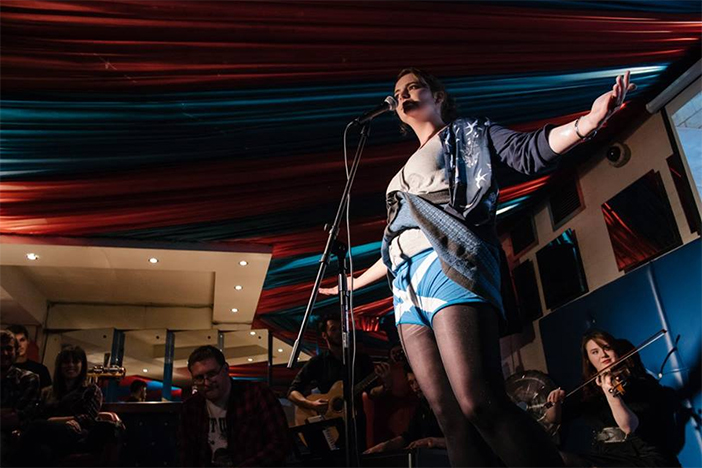 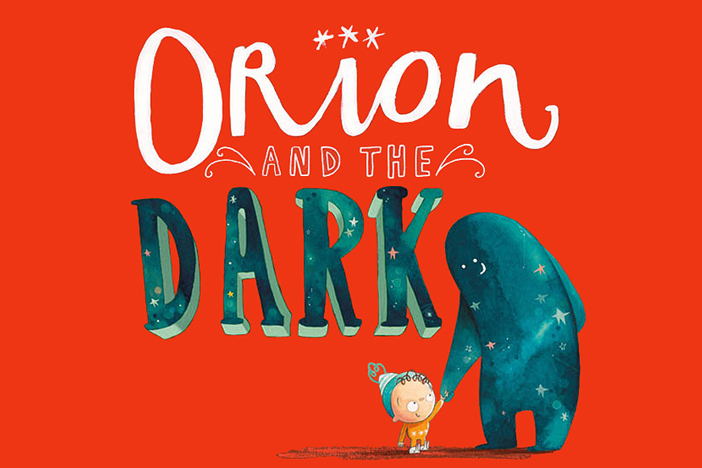 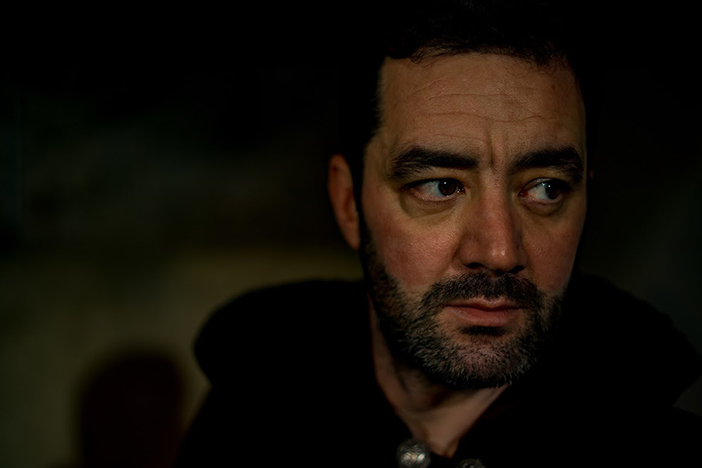 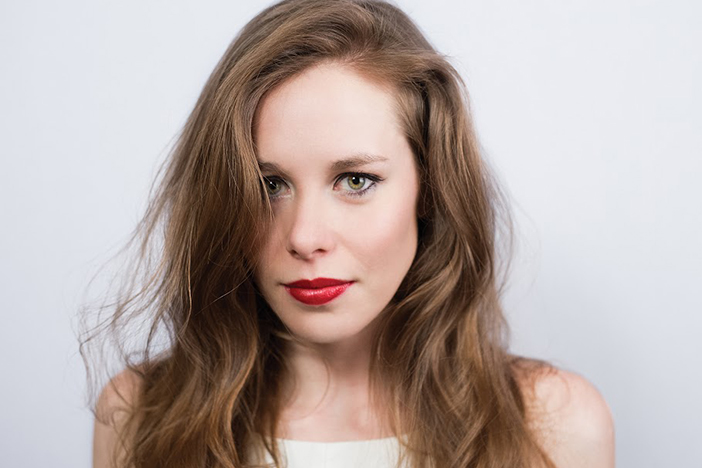 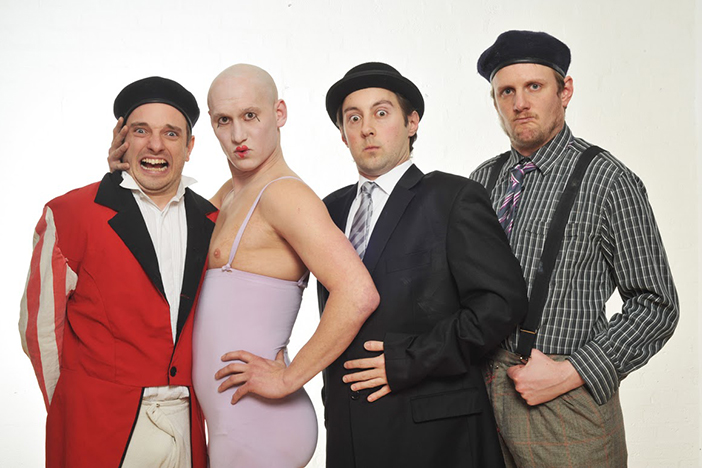 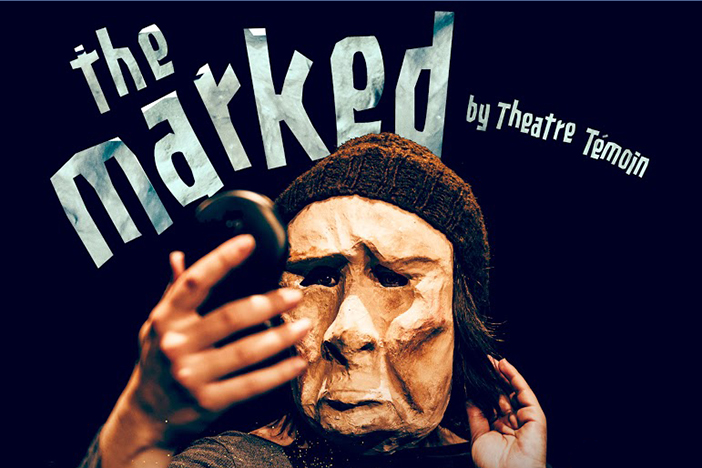 10 Best Fringe Shows To See At The Warren

A beatific beacon and fount of Fringe brilliance, The Warren returns for the 2016 festival with a characteristically eclectic line-up. Tireless festival hero and leader of the space Nicola Hayden picks ten of the best in the tents. 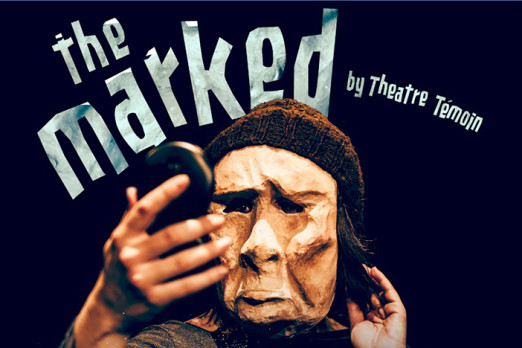 The Marked (Theatre)
As a boy, Jack lived in a world of angels and demons. Now grown up, his life on the streets of London is less fantastical – until a ghost from his past appears, vanquishable by forgotten myths. Theatre Temoin, who created acclaimed works for the fringe in 2010 and 2013, return with mask, mime and physical theatre. Nicola says: “I am delighted they are bringing their brand new show to The Warren this year. This is one not to be missed.”
The Warren Main House, 7th–8th May (2pm) & 9th May (7pm), £11/9.50/8 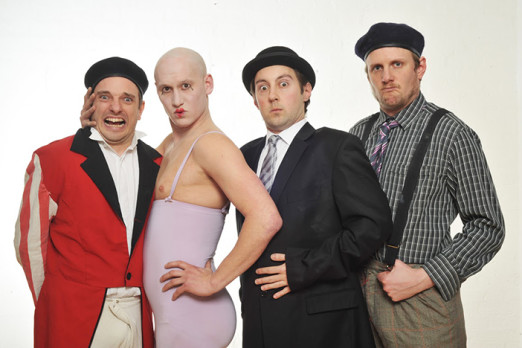 Le Navet Bete: Extravaganza (Theatre)
Devon-based cast of clowns Le Navet Bete performed with Otherplace in the first year of The Warren and are returning with a fresh helping of high-class silliness. Nicola says: “Another ridiculous, madcap romp of acrobatics, live music, circus and a flaming unicycle. These guys don’t like each other. They really are utter idiots. The clown can get away with murder. This is the kind of show that sums up the spirit of the Fringe for me: it’s vibrant, silly and completely joyous.”
The Warren Main House, 8th & 9th May, 4pm/8.30pm, £12/10.50/9 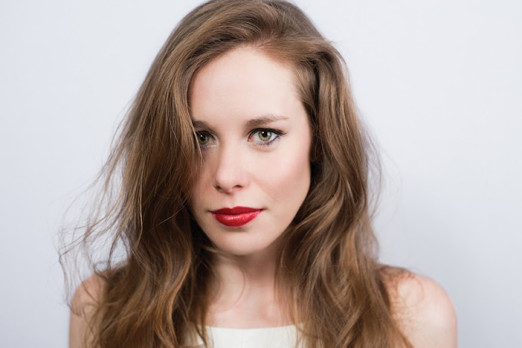 Alice Marshall: Vicious (Comedy)
Described variously as embodying the spirit of a young Catherine Tate and wielding a raised revolutionary fist towards the future of smart female comedy, Marshall’s dark character comedy is inspired by Rik Mayall and Smack The Pony. Shortlisted for the BBC Radio New Comedy Award 2015, Marshall has been seen in Skins and on The National Geographic Channel and topical sketch show News Revue. Nicola says: “We’re really excited to be hosting Alice. She combines an actor’s talent for performance with comedy chops. A definite star in the making.”
The Warren Theatre Box, 10th, 26th & 30th May, £8.50/7/6 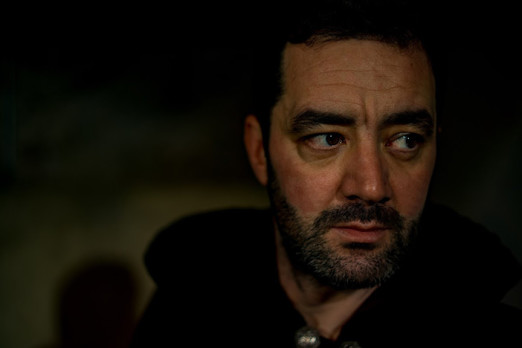 The Marlowe Papers (Theatre)
Jamie Martin – last seen lugging some of The Warren’s theatrical items up the stairs during a move from The Basement, helped by one or two hapless members of the SOURCE team – is an incredible actor. This one-man performance, with live musical accompaniment, tells the tale of a reimagined history of the playwright, Christopher Marlowe, who some say penned the plays of Shakespeare while in exile, dodging his death in a bar brawl in 1593. Nicola says: “I am incredibly proud of the show that I adapted with Ros Barber, from her prize-winning novel, The Marlowe Papers, and have directed for the Fringe. Jamie is incredible in the role, taking on over 15 characters to recount Marlowe’s tales of drinking, espionage and losing friends, lovers and his very identity.”
The Warren Studio 2, 15th, 22nd–24th May & 4th June, 8.30pm, £12/10.50/9/6 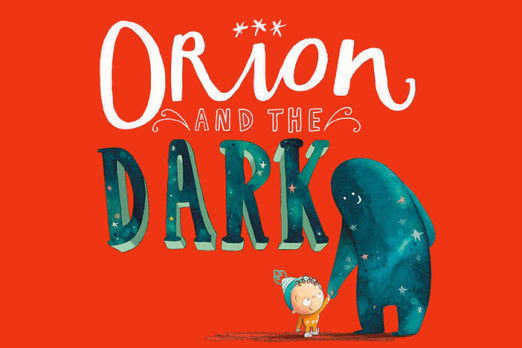 Orion And The Dark (Family)
Peaceful Lion, creators of seriously stylish family shows including last year’s Fringe hits Ludvig Live! and Hey Presto!, return to Brighton with their latest: a treat for everyone aged three and up. Based on the book by Emma Yarlett, this is the tale of Orion – who, like a stoner down West Street at midnight, is scared of more or less everything. Nicola says: “He’s terrified of wasps and monsters, afraid of sheds and storms, but most of all he’s scared of the dark. He meets his biggest fear and finds out it’s friendly. It’s a heart-warming story of friendship, adventure and overcoming your fears.”
The Warren Main House, 7th & 8th May, 11am, £8 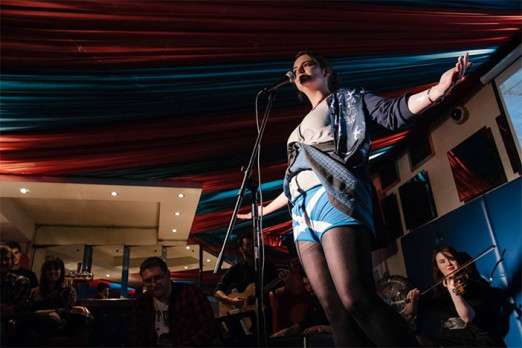 Loud Poets (Spoken Word)
An all-star line-up of slam winners from across the country, this collective was on fist-thumping, pint-drinking, side-tickling, heart-wrenching form for their debut gigs last year. No serious faces or polite silence here. Nicola says: “The collective had such a good time in 2015. They’re back in Brighton for a whole week of shows, plus a live band. A live poetry night like no other.”
The Warren Theatre Box, 16th–20th May & 22nd May, 10pm, £9.50/8/6.50 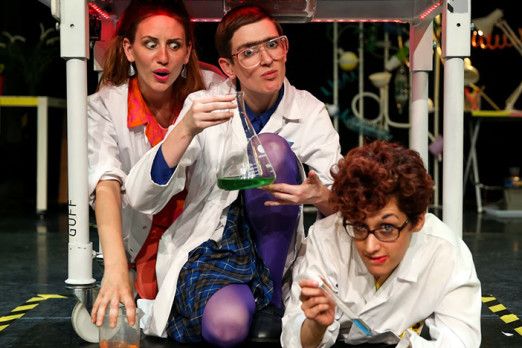 Windibops (Family)
With fart jars, moving lab tables, test tubes and cows, this is a serious scientific investigation into flatulence. The names aren’t bad: Volta Flatulence, Caroline Windybottom and Daisy Parphead. And then there’s the most pressing question: what effect does guffing have on global warming? Nicola says: “Three talented performers combining high-quality dance and humour with strange sounds, smells and amusing characters. It’s science, dancing and farts.”
The Warren Main House, 28th–30th May, 11am, £8 Captain Morgan And The Sands Of Time (Theatre)
Two actors and one musician deliver the kind of monsters, sword fights and shiver-me-timbers you’d expect from a Hollywood blockbuster in an adventure battling monsters, battle sea gods and a dastardly privateer Renshaw. Nicola says: “It’s like Pirates Of The Caribbean but much, much dafter. Fantastic acting and a very slick script make this a physical, funny treat.”
The Warren Main House, 11th & 12th May, 6pm, £10/8.50/7 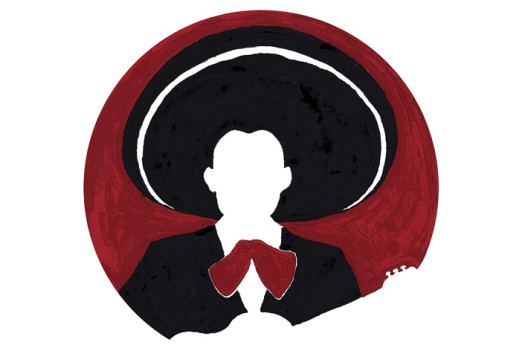 El Blanco: Tales Of The Mariachi (Theatre)
The winner of one of only two Gold Standard Bank Ovation Award winners at last year’s National Arts Festival in Grahamstown, South Africa, this one sees performer James Cairns joins forces with writer Gwydion Beynon for an epic, music-driven tale of El Blanco, aka The White One. He struggles with being too white but banishes his insecurities through songs based on Mexican myth, ancient Egypt and George Clooney. Nicola says: “Cairns’ expert guitar talents are combined with a hilarious and unpredictable script. A ridiculously entertaining night of songs, stories and many, many lies. One not to miss in the opening weekend.”
The Warren Main House, 6th–8th May, 6.30pm, £10/8.50/7 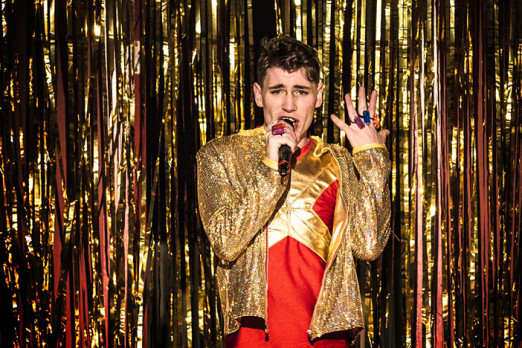 Douze (Theatre)
In 2015, armed with as many fizzy pop songs as he could muster, pop star XNTHONY and his backing singers The Penny Slots took Tiger Dublin Fringe by storm. They ended up believed they were on the cusp of representing Ireland in this year’s Eurovision Song Contest in 2016, and rejection hasn’t made them give up. These potential songs are aimed at winning your support. Nicola says: “This is on the top of my guilty pleasures list – I think I will probably be there every night.”
The Warren Main House, 9th–12th May, 10pm, £10.50/8.50/7

For the full programme and tickets go here.