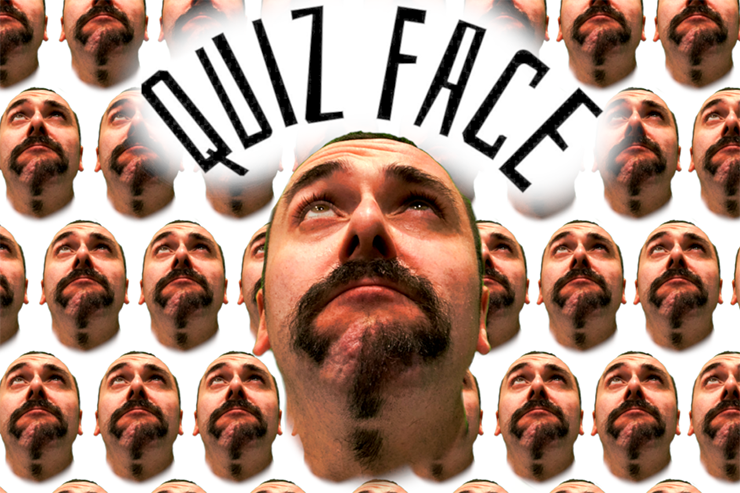 Face to face with Quiz Face

If you’ve ever found yourself down the Mucky Duck on a Wednesday night you’ll know about Quiz Face. It’s a pub quiz with a twist that’s been running every week, on and off, for about three years. Of course, you probably had your fair share of online quizzes during lockdown, but you probably didn’t have a mate like Dean Harrington. He’s been running quizzes for nearly a decade and has developed his own quirky event involving drawing rounds, musical challenges and absurd trivia. SOURCE decided to turn the tables on the Quiz Face host to see what happens when the quizzer becomes the quizzed.

Q1. Using precisely 13 words… what is Quiz Face?
Quiz Face is not just a ‘pub quiz’ but a pub quiz show!

Q2. Can you give two examples of questions previously asked at Quiz Face?
We have drawing contests and questions where it’s just me and a loop pedal singing a famous song. We have rounds such as Moz Def where I do a hip hop song in the style of The Smiths. We also do a round called ‘Who Is Your Daddy and What Does He Do?!’ You will come up against so many random pieces of wonderful trivia!

Q3. Which of the following makes Quiz Face different to other pub quizzes? A) It’s possible to win when you’re drunk, B) There are no boring questions about sport, C) The prizes are actually worth winning.
It’s a trick question! It’s all the above! It’s totally possible to win Quiz Face when you’re drunk, it makes the winning team photo that much more interesting. As for the sports questions, we try and think a little bit outside the box and add a little pinch of humour with it too, as with all our questions. As for prizes… the main aim of Quiz Face is for our losers to have as much fun as our winners. The team in last place receives their very own Losers’ Lambrini, while the winners win the Winners’ Wine. They also get their name on The Trollphie, (a troll on a piece of wood) and a chance to go up against the Quiz Face (four celebrity faces on one head). Guess all four faces and you win the big money prize! However, if you get it wrong the money rolls over to the next quiz. The most we have given away was £1,000.

Q4. For a bonus point, can you name the team that won £1,000?
Our big money winners were a team called Quizville Legs. They were a lovely bunch of diehard quizzers (and still are – the money didn’t go to their heads too much). But they’re not the sort of team that wins every week. Let’s just say, out of the six times they came to the quiz they only won twice. But through awesome team work, perseverance and good old detective work they deciphered the Quiz Face and won a grand. The pop from the crowd was electric! 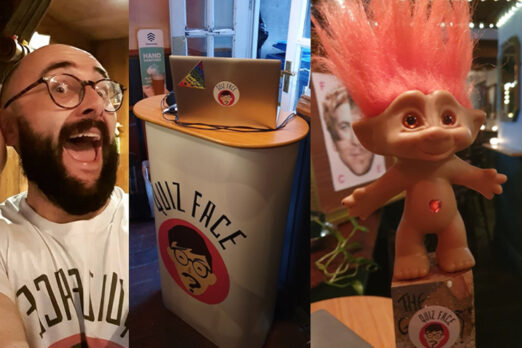 Q5. Name at least two TV shows that inspired Quiz Face…
Oh! I know this one! Nevermind The Buzzcocks (Mark Lamarr and Simon Amstell era) and 8 Out of 10 Cats Does Countdown were massive inspirations for me. I liked the vibe, the funny trivia and how both shows removed the barrier between the audience and host. That’s exactly what Quiz Face is all about.

Q6. The host of Quiz Face was propositioned by which political party?
The Monster Raving Loony Party! We invited Citizen Skwith, their Brighton candidate. He liked the quiz so much he asked if I wanted to represent the party in Kemptown! I didn’t know if it was a compliment or not, but at least I know that if the quiz biz doesn’t work out I’ll have a future in politics… Vote Quiz Face!

Q7. Which of the following is most likely to earn a bonus point at Quiz Face? A) Arguing about the answers, B) Burlesque dancing, C) Buying the host a drink.
Funnily enough, I have had teams call me up on incorrect marking. If justified, I will hold my hands up and award the point they deserve – but that is very rare! Buying me drinks does add fun to my night, but not to your score unfortunately, haha! So, the answer would be B! We once had the very glamorous Cherry Shakewell at our quiz who did do an impromptu show which was amazing and earned her team bonus points! 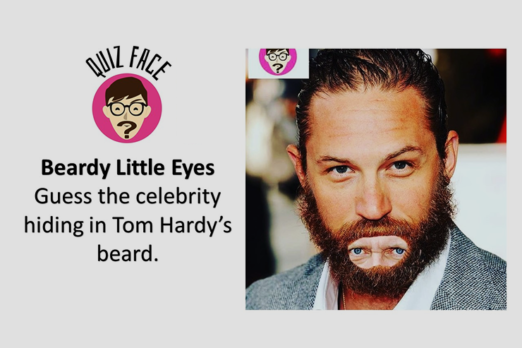 Q8. What does the host of Quiz Face do when he’s not making quiz faces?
I shall answer this with a multiple choice question. Is it: A) Thinking of more questions, B) Thinking of more answers, C) Thinking of funny puns/dad jokes that I can make into questions and then put answers to, D) An IT Specialist, father of two cheeky sons and husband to a lovely wife (and no, I did not just misquote Russell Crowe from Gladiator).

Q9. The career of which band best resembles what Quiz Face is planning to do next?
This has to be the hardest question of them all. I think it would have to be Sugababes as they’re always changing, keeping it fresh and bringing out bigger and better songs (which in my case would be trivia) to the masses. The question I put to you Brighton Source is: did I win that Round Round Baby? 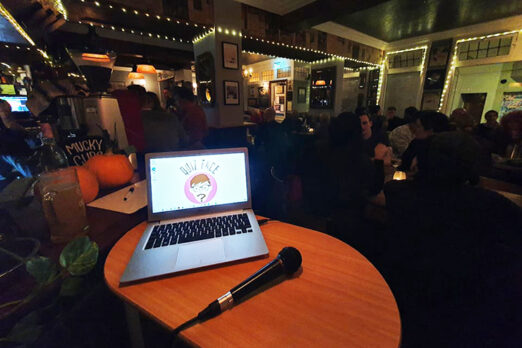 Quiz Face runs every Wednesday at 8pm at the Mucky Duck in Kemptown.
Entry is £2 per quizzer or £1 for NHS staff.
Find out more at www.quizface.co.uk.

Ben Bailey is the editor of Brighton Source and a freelance writer. He also plays in a few bands and can sometimes be found giving talks on a variety of niche topics. He lives in Brighton and rather likes it.
← PREVIOUS POST
Love Supreme Festival 2022 - more names announced
NEXT POST →
Am I Invisible Yet? Review