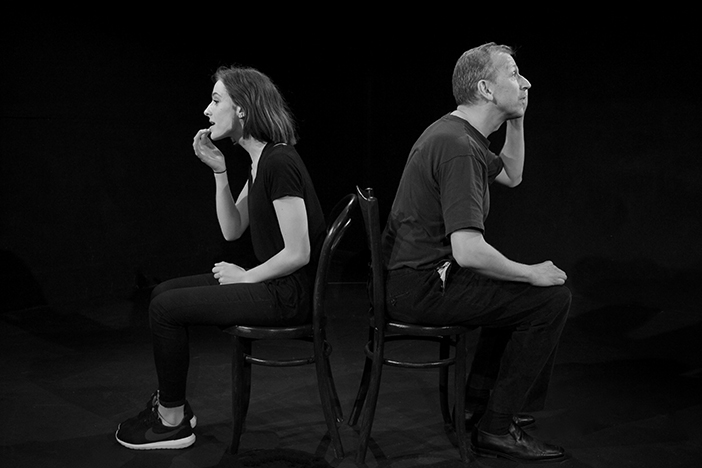 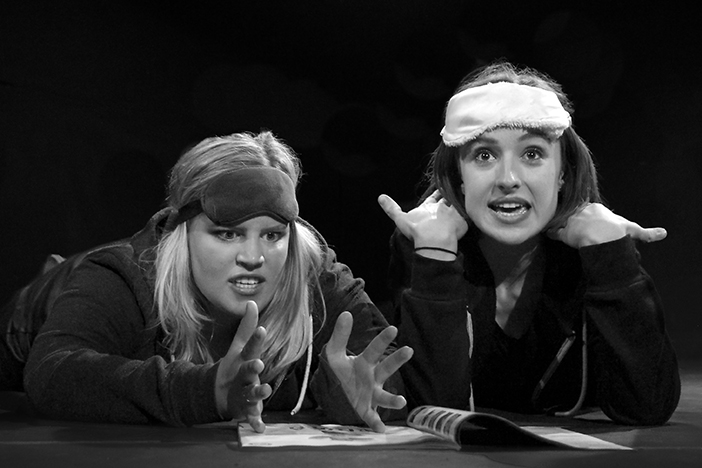 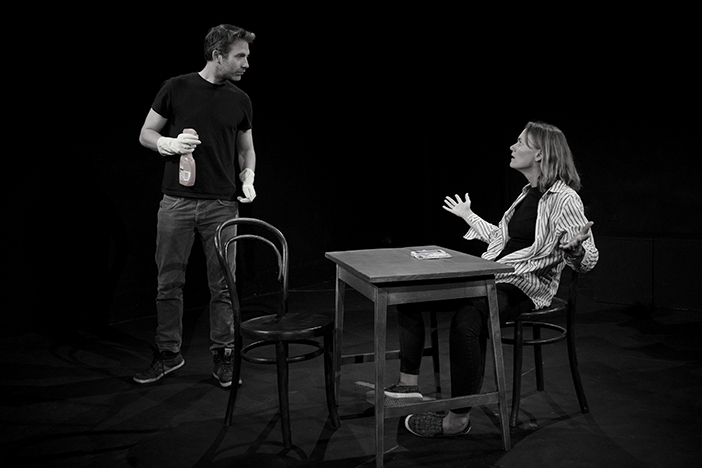 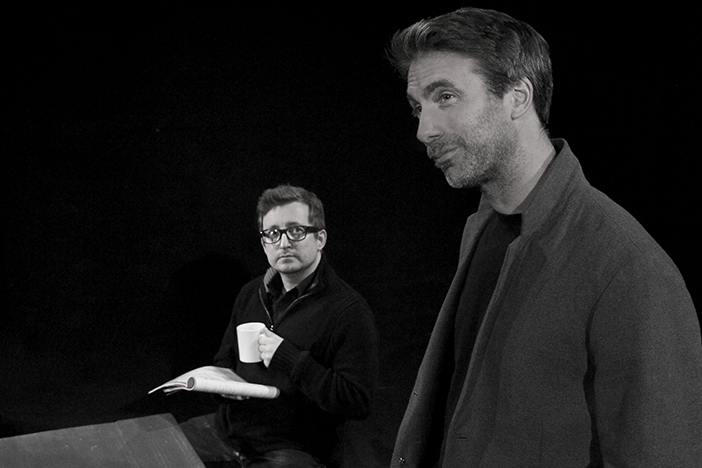 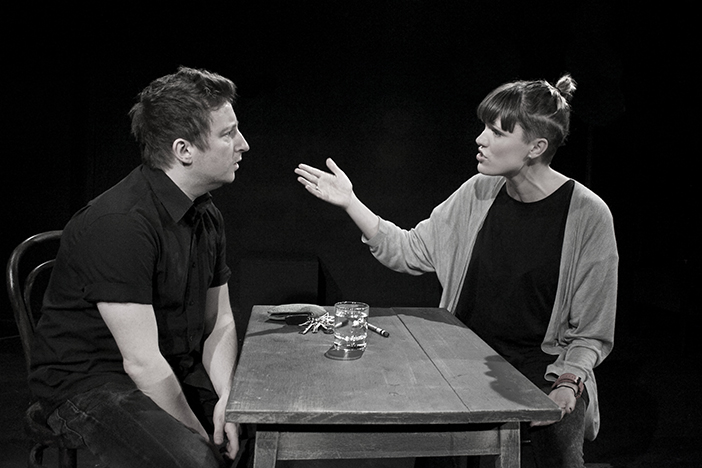 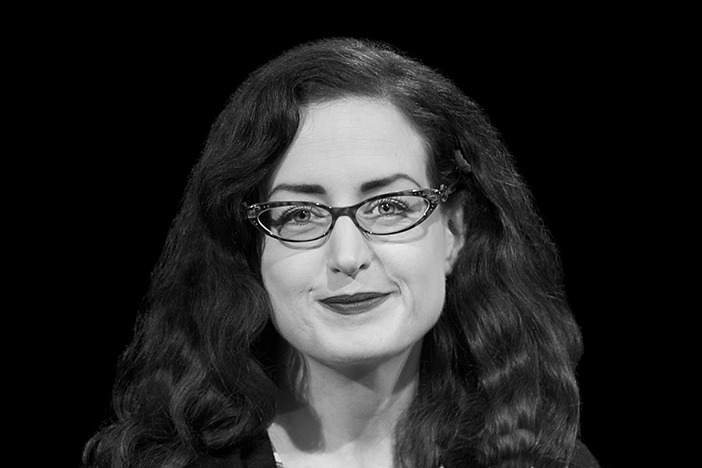 Kirsty Elmer is a local drama teacher, performer and director — and she likes a challenging script. That’s why she’s bringing Caryl Churchill’s ‘Love And Information’ to Brighton’s New Venture Theatre (NVT) from mid-July. The play tackles love in the iPhone age and she promises that the rapid-fire style will keep us guessing to the end.

Kirsty has lived in Brighton for 20 years and, like a lot of us, says ‘I’m not leaving!’ She’s been involved with New Venture Theatre for over 16 years and has directed a string of plays. These have included ‘Permanent Way’, David Hare’s drama about railway privatisation, and Shelagh Stevenson’s ‘Five Kinds Of Silence’. We met Kirsty to find out why this new production will make audiences sit up.

What drew you to the play and what’s it about?
I saw the original of ‘Love And Information’ when it was performed at the Royal Court in 2012. Each scene is about love, or information or both. It’s kaleidoscopic and the dialogue is quick paced. Some scenes are funny, some are sad or poignant. You can say it’s concerned with the struggle for human communication. And it’s about how people filter information. But there’s no one definite message in the play. Caryl Churchill’s work is at the forefront of playing with form and structure in drama. So, in true Brechtian style there’s also no single narrative – each theme is separate and reoccurs. It’s for the audience to go away and think about. 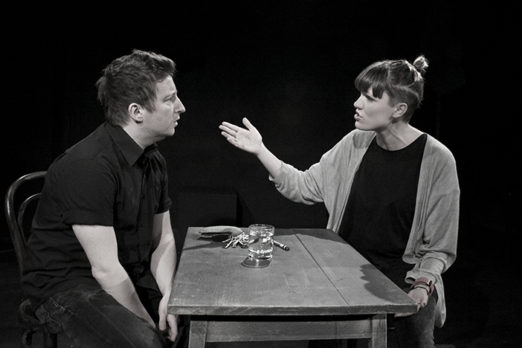 Why do you feel the theme is relevant at the moment?
I’m working with kids who haven’t known a world before mobile phones. And, today, in any restaurant, lots of people are sitting together talking on the phone. I’m immersed in it too. But I like conversation as well! The tech is an amazing opportunity and also problematic. But the play is not just about technology in our lives out there. We’ve all been using it in our rehearsals to film scenes using WhatsApp or texting and sharing ideas during, and outside, rehearsals.

What sort of people are depicted in the play?
Nearly everyone is represented in the cast. We’ve got teenagers fighting over who loves their idol the most and old people long married who can’t sleep. There are five men and five women. It offers roles for all ages. There are autistic people represented too.

How have you set about the production?
I like to choose the sound and design the set. You need the vision of where the play is heading. But we’ve had a whole team involved in the set and production to make it a cohesive whole. And we’ll be in NVT’s studio downstairs – cosy and intimate. 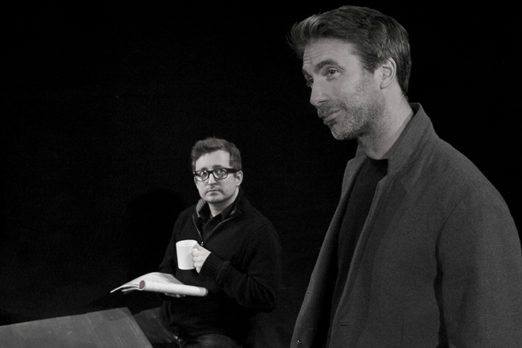 Can you tell us about some of the challenges of putting on the play?
The script is very free in most cases. The words on the page don’t make it obvious what you need to do. A character could be a girl or an old man. We have to figure out what the scenes mean and sometimes it’s been changing through rehearsals. We’ve also created some physical theatre. This gives great ownership to the actors. Nobody leaves the stage – so all the actors are there the whole time.

Have there been any funny moments during the rehearsal?
Yes, lots of people have been naughty! Some of the actors have got their phones out as a theatre props – but been sharing selfies online.

What attracted you to NVT?
I’m not doing naturalistic theatre so ‘Love And Information’ is great for the NVT. I’ve been a member for 16 years and it’s been a great community. It’s high quality but also offers people chances to do acting classes or get involved back stage.

What are you interested in doing next?
I like challenges. So, I’d like to either do a completely new play or recreate a classic, something with a juicy role for a female: a script where it’s not clear how you go about directing it. 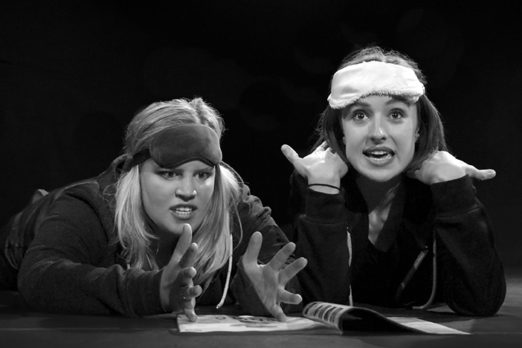 Mike lives in Brighton. This is a full time occupation. He's also a researcher, writer and activist. Any time left over he spends hanging around cafes and pubs listening to people on their phones. He loves theatre that pokes into difficult places. You won't find him on Facebook.
← PREVIOUS POST
Brighton Gets A Brand New Festival
NEXT POST →
God Bless The Revelator