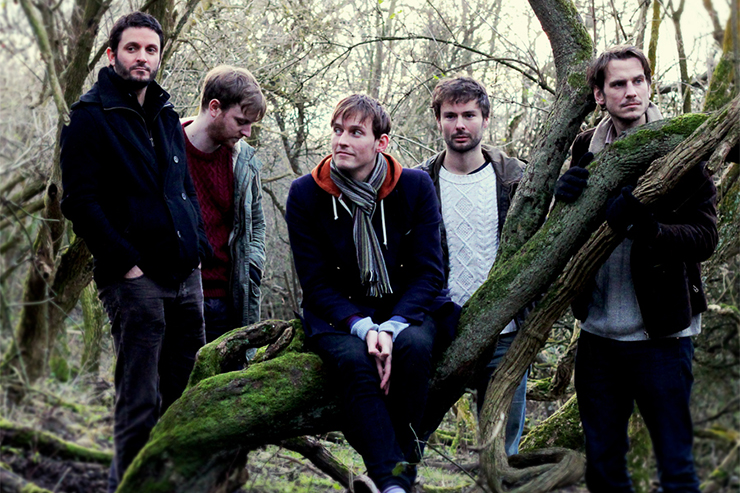 As Brighton prepares for another global invasion of bands over The Great Escape weekend, we look at some of the new music being made closer to home. This month’s round-up of new Brighton releases includes EPs by Fragile Creatures, Bledig and Mount Wychproof as well as singles from 40 Shilling On The Drum, Octopuses, Gulls, Dandelion Charm, Matt Finucane and Family Fiction.

Fragile Creatures (pictured), the band led by Hove schoolmates Adam Kidd and Aaron Kieran Neville, produced a well-received debut album in 2016. However, they have since gone completely independent and recorded their second record themselves. The first four of fourteen tracks emerging on their new ‘Heart Beat’ EP exhibit flavours of The Beatles, classic 70s yacht rock and 80s/90s indie rock all wrapped-up with tight production. This is classic pop songwriting from a band that have clearly grown together musically. Fragile Creatures have produced a collection of endearing power-pop songs and we’re already looking forward to hearing the next instalment. (JS)

Brighton’s Bledig released ‘Bad Day For Lupus’ back in 2015, and after winning accolades and support for its eerie trip-hop beats and storytelling, they’ve laid low for a few years. New single ‘Bruise’ was released back in December and has been quickly followed up with the related EP. The title track opens with self-assured jazz piano, then soaring vocals build over delicate instrumentals to create a sumptuous, addictive song. New single ‘Meantime’ is an EP highlight, soft and yearning. The obvious comparisons are to Hooverphonic, Cinematic Orchestra and Portishead, but Bledig deserve recognition for their new take on the formula. (JMM)

Mount Wychproof
‘Is Everybody Dead Yet?’

Mount Wychproof’s first release is five-track EP ‘Is Everybody Dead Yet?’ and it’s a powerful punch of a debut. Treading the boards of post-hardcore, the quartet throw together spiky riffs and static with fractious political-minded punk vocals, borrowing from the style of Quicksand or Dead Kennedys, but creating a unique sound that’s solid, muscular and clever. Reputedly a clamorous, hypnotic whirlwind of a live band, Mount Wychproof translate their energy into songs that are rhythmic and passionate, and this EP proves it. (JMM)

The new single from 40 Shillings On The Drum is a power-pop belter which roars along at a breakneck pace for a full five minutes. Nevertheless, the galloping drums and melodic throughline keep it compelling until the very end. The single, produced by Tommy Gleeson of Feeder, marks a significant shift in gear from the five-piece’s previous folk-punk output. The band are heading back to the studio, again with Gleeson, later in the year. In the meantime you can catch them supporting UK Subs at the Hope & Ruin on May 12th. (BB)

A spacey synth intro precedes wonky guitars as dreamy vocals and sublimely catchy harmonies weave throughout this song that tells the tale of a farmer, his poor exploited cows and an escaped monkey. A fine example of less-is-more simplistic (yet clever) music-making. Thankfully no animals were harmed in the making of this song – as detailed in the closing monologue. Pop music needs more records with chicken clucks, plinky-plonky xylophones and general oddballness. Octopuses have scored high on all counts. (SC)

Gulls pull no punches with their blistering punk rock riffs and in-your-face political quips. The vocal style may be playful, but the message is sure to resonate with anyone who has seen schools, libraries and venues close down to make way for chain stores and luxury flats. The verses of ‘Shop’ deliver all this in the refreshingly frank manner of early punk, though the choruses switch it up with a kind of classic metal melody. You can see the Brighton trio at the Robin Hood street party on May 5th. (BB)

Newhaven’s Dandelion Charm have a prog rock vibe but new song ‘Stephanie’, the first from their forthcoming album, goes for a more gentle early 1970s folk-pop sound. Excellent songwriting with a delicious melody and sweet vocals. Dandelion Charm will be playing a number of festivals this summer as well as more local gigs, and on the basis of this new song are worth seeking out. (JS)

Matt Finucane is a prolific songwriter with an array of excellent self-produced independent releases. He’s influenced by the darker side of indie rock, but puts his own stamp on things. Latest track ‘Perilous Seat’ is from the forthcoming album ‘Vanishing Island’ and continues in this vein, with dashes of post-punk, gothic rock and a sound reminiscent of US 80s indie bands like Beat Happening. The song ‘Perilous Seat’ is strong and well-structured, with a memorable and distinctive sound. (JS)

Family Fiction
‘Mind Made Up’

‘Mind Made Up’ is an affecting bittersweet indie tune, featuring shimmering guitar and a pleasingly perky bassline, with welcome echoes of bands like Villagers and Death Cab For Cutie. Frontman George McCanna sounds breezy and bright-eyed even when singing about the breakdown of a relationship. Previously known as Cessna Deathwish, Family Fiction recently did a set on BBC Introducing and are due to play on The Great Escape weekend at the White Rabbit on May 11th. (BB)

Sometimes an article is a bit of a team effort, and those are tagged SOURCE Writers. If you’d like to be part of that team, hit the Contact link at the top and get your work on this website.
← PREVIOUS POST
Julia Holter, Monday 3rd June
NEXT POST →
The Unthanks Review
Mailing List
Recent Posts
Website developed in Brighton by Infobo
Copyright © Brighton Source 2009-2021
Locally Sourced, May 2019 - Brighton Source