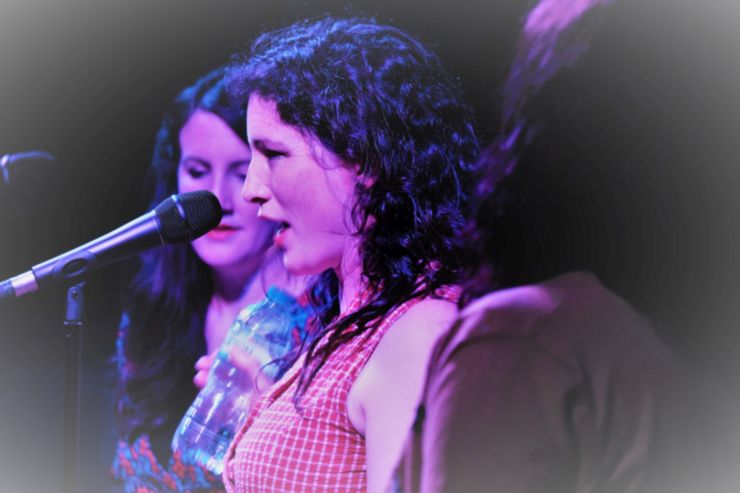 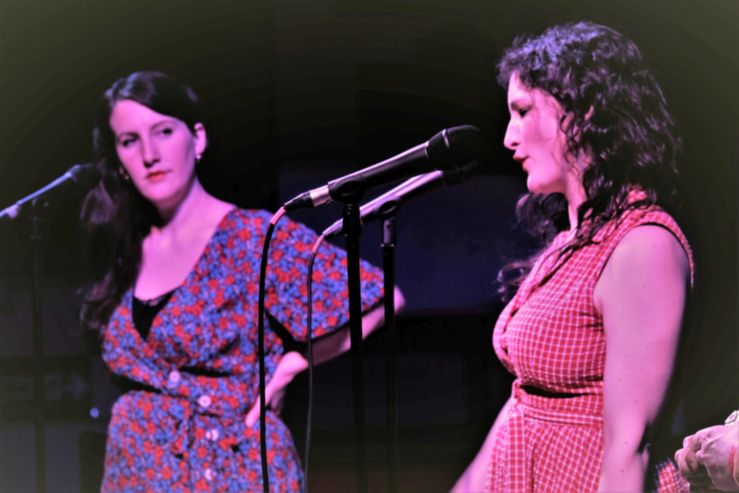 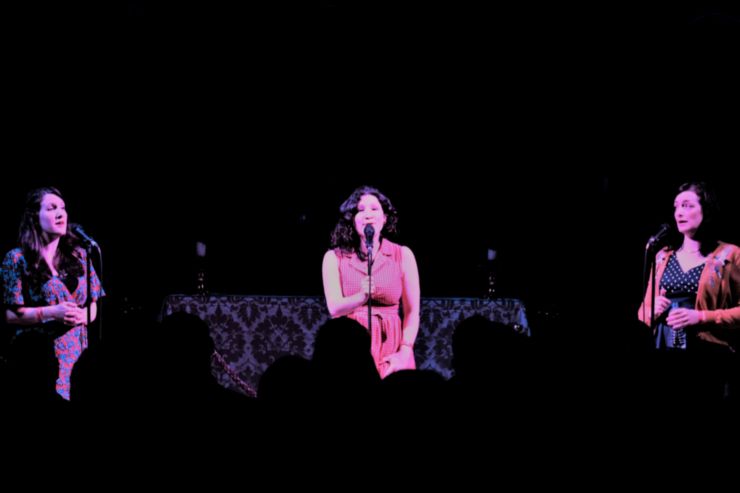 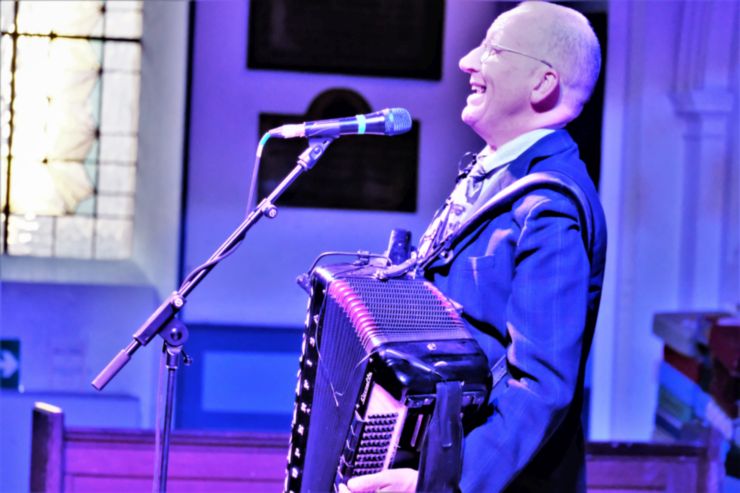 There was a North East musical invasion at the weekend with both Durham’s anarcho-pop-punkers Martha and Northumberland’s The Unthanks playing sold out shows last Saturday. We threw our hats in with the latter as theirs was a new acoustic show billed as ‘Unaccompanied As We Are’ at the beautiful St George’s church in Kemptown.

The Unthanks have an incredible work ethic. Following their 2017 album ‘The Songs And Poems Of Molly Drake’ they have recently released ‘Lines’ – a trilogy of albums covering the Hull triple trawler tragedy of 1968, poetry of the First World War and the poems of Emily Brontë.

We arrived early and the queue was already around the block well before doors were open. True to their word, there was no musical accompaniment (not even clogs unfortunately) aside from a pitch pipe or ‘tooter’ as it was labelled. From the opener ‘Guard Yer Man Weel’ it was clear we were in for a treat with husky harmonies and perfectly matched voices with different tone layers.

Becky and Rachel (Unthank) were joined by long term violinist Niopha Keegan who, although not a Geordie, was raised in a ‘fiddly diddly’ Irish folk tradition and was well-versed in the Unthanks legendary miserableness. Her voice was a little lower than the sisters, adding a rich counter to their harmonium-style humming on yet another beautifully sung tale of terrible sadness.

A rare uptempo number told of an amorous tailor that saw all three bobbing up and down to the jaunty rhythm. Things slowed right down again with Becky telling how taking a baby on tour is easier than being at home as an introduction to a waltz-time lullaby medley.

After a quick tutorial the three-tier crowd were added as a three-part choir for the finale of ‘Sea Coal’, a song they use on their singing workshop weekends. Without the use of a ‘tooter’ Rachel took three attempts to find the correct starting note on a solo as the church bells chimed at 10pm. Robert Nunn’s ‘Sandgate Dandling Song’ was another cheery song of hungry kids and spousal abuse. There was more woe with Molly Drake’s ‘Poor Mum’ delivered with glorious cascading vocals.

The Unthanks have brought the art of song collecting up to date with Richard Dawson’s ‘We Picked Apples…’ before crediting Rosa Luxemburg’s socialist “poem set to music” ‘Bread And Roses’ delivered with a spot-on arrangement that highlighted each voice beautifully.

For their encore they brought out support act Tim Dalling, who’d earlier played a riotous, sweary set of tap dancing and fancy accordion-backed music hall songs. He preached and wailed on a gospely ‘Love Like A River’ with The Unthanks shimmying along and providing “Do Doo Doo” backing before it was “back to the misery” with Graeme Miles’ windswept ‘Underneath The Blackthorn Tree’.

It’s a very brave thing to stand alone on a stage, naked without a band, but this fearless, peerless group are blessed with the extraordinary power of their voices. They have a winter song ‘Tar Barrel In Dale’, which contains a perfect moment where they sing and hold a harmonious note (fans of Radcliffe & Maconie will know this well) and although this wasn’t included in the set, every song featured its own special, magical moment. A truly majestic evening.

Steve has been a SOURCE contributor since Summer 2010. Favourite quote - "There's no such thing as a sold out gig".
← PREVIOUS POST
Locally Sourced, May 2019
NEXT POST →
The Coathangers Review
Mailing List
Recent Posts
Website developed in Brighton by Infobo
Copyright © Brighton Source 2009-2021
The Unthanks Review - Brighton Source