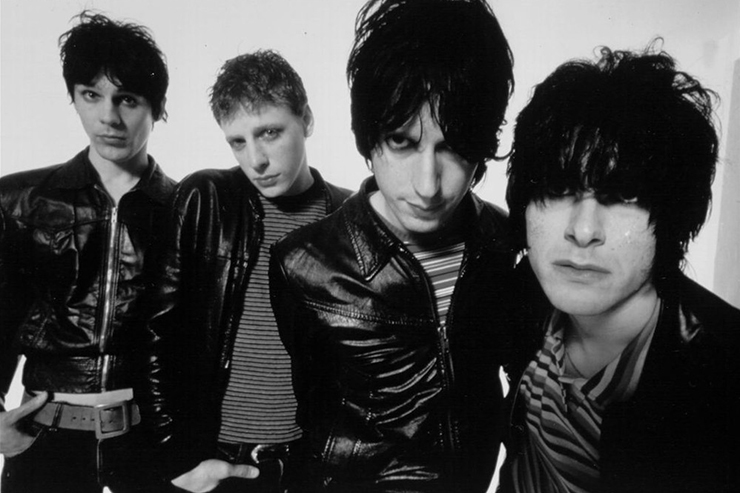 These Animal Men
(1989-1998)
We were swinging from the girders on the low ceiling of our school canteen when Mr McGillicuddy walked on stage and threatened to cancel the gig. The four members of These Animal Men, already drenched in sweat after their opening number, waited sheepishly while our PE teacher shouted at the audience to behave themselves. Sometime in the mid 90s, These Animal Men embarked on a bizarre tour of UK schools which ended abruptly during a media controversy surrounding the band’s open use of amphetamines (the cover of their single ‘Speeed King’ featured banknotes stuck like straws into a huge pile of white powder). With their spiky songs, snarky attitude and stripy sportswear, These Animal Men might have been seen as trailblazers for Britpop if they hadn’t already been lumbered with the absurd ‘new wave of new wave’ label. They appeared on Top of the Pops and were all over the NME – for about six months, until the paper turned on them in favour of a band called Oasis.

Where are they now?
These Animal Men reformed for a one-off show in 2015 for the launch of a music doc that charted the history of the group. Former frontman Alexander Boag now sings in Brighton band Scare Taxi.

Best songs: ‘You’re Always Right’ / ‘This Is The Sound Of Youth’ / ‘You’re Not My Babylon’