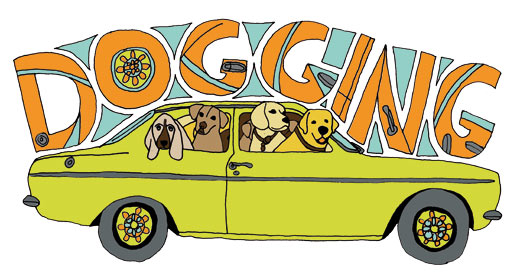 THE REASONS
Engaging in sexual activity in a public place, while strangers watch on appreciatively, seems a pretty seedy thing to be involved in. But we’re open-minded grown-ups, so we thought we’d go check it out.

THE EXPERIENCE
We did some research at SOURCE – everyone had an idea of where it happens but I guess unless you’ve parked up in a secluded spot at midnight you’d never know for sure. Numerous places were suggested but it seemed Devil’s Dyke was the one, with its array of car parks on the approach to the pub at the end. My first foray was around 9pm – it had been pissing down all day and it was safe to say no one was actually picnicking in the car parks, yet sure enough one had a few vehicles mysteriously parked up in close proximity.

I joined them, and almost immediately the cars started up and filed out, indicating right towards the Dyke. I followed close behind, but when they parked up again and I stopped beside them the same thing happened – they were off. Maybe a strange camper van wasn’t welcome to their private party, so I let them go and went home dejected to watch Dexter.

Around midnight I thought I’d give it another go. The rain had stopped altogether now, my earlier attempt perhaps prohibitively drizzly, and it was now properly dark. As I reached the same car park I’d started in before, it was a different story. There were eight cars parked there now, and as I took my place among them the car next to me flashed its lights. Now, our research had hinted at this code, but without definitively pinning down meanings or suitable responses. I didn’t really want to flash mine in case it meant ‘come and bum me’ or something. I rolled a cigarette and struggled with my crappy lighter. As it sparked a few times before flame was forthcoming, my unthinking signal was met from the same adjacent car with a brief display of strobe flashlight, a sort of white version of the red ones cyclists go about with.

This went on for about half an hour, during which time a few cars left and others arrived. They were a mix of lone fat men in expensive cars, gingerly testing their suspension through the craggy puddles, and trios of lads in Fiat Puntos. Each was met with the same flash of the strobe – some did retaliate with headlights, but still no one moved.

Then, a brainwave. I made another roll-up, and flicked my lighter flint a few times. As well as possibly mimicking some official dogging flash signal in the darkness for all to see, it also gave me the opportunity to feign malfunction, get a light off the woman next door and ideally ask what the form here was. I didn’t want to be sat there like a tit all damn night. So I got out, the first of any of us present to do so, and tapped on her window. And for some totally bizarre reason, they all froze, stared forwards and ignored me. I pointed at the unlit cig between my fingers, but to no acknowledgement or response whatsoever. They just stared ahead. So I went back to my own warm interior, my lighter now miraculously mended.

As I looked around and clocked the new arrivals, it was clear that the woman who’d ignored my quest for fire was the only female there. It’s kind of inevitable I guess; it’s always going to be iffy blokes whose ears prick up at the notion of ‘NSA fun’. We’d set up a female SOURCE profile on a dogging website to seek advice on local outdoor opportunities and received more than 400 gentleman replies overnight, most kindly offering to have sex with us. So if there was any suggestion of a power play here, it surely lay with her – around a dozen car windows she could tap on and grant the silent occupant an al fresco frisking. The videos we’d seen on the site certainly showed a more active experience for all concerned than was playing out here – willies waggled through windows to the gruff encouragement of shaky cameramen.

And then a strange thing happened. Like I say, her car had been the only one exhibiting any sign of life at all, with chatter and torchlight and strobed codes – at least I was parked next to the only one that obviously didn’t have a hosepipe on the exhaust in a mass midnight suicide pact. Her car’s interior light went on and, sitting as I was in a van with a higher vantage point than those around or opposite, I was afforded a vaguely front row view of her going down on the driver, whose seat was half reclined in a knee-compromising position for the backseat occupant. No obvious signal for spectators was made, indeed still no one moved from their own cars. So I sat rather awkwardly, thankful for the eye contact avoidance the hilltop gloom provided, while this sexual act took place without significant enthusiasm from fellator, fellatee or in-car audience. It reached an apparent conclusion and the light went out again. Gradually, cars began to start up and move on with the assumption that the show, such as it was, was over.

WORDS BY NICK COQUET
ILLUSTRATION BY EMMA CHARLESTON AT emmacharleston.co.uk