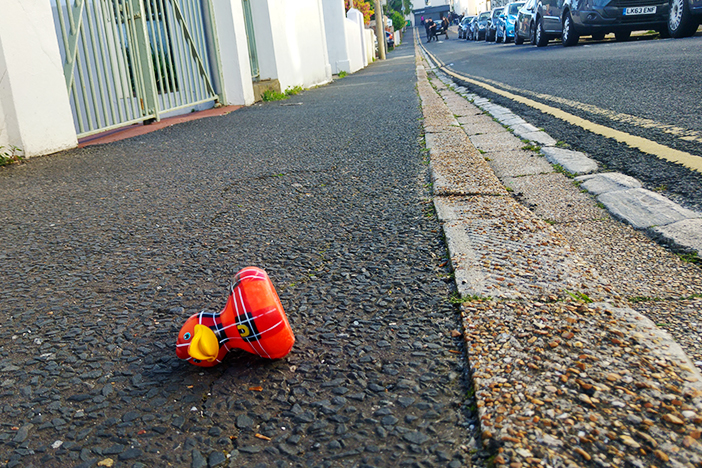 Street Source is a regular feature showcasing photos taken around Brighton over the course of a month by our photographers. The idea is to share spontaneous moments around town – be it incidental street scenes or snapshots of people’s lives. Each month we ask different local photographer to participate, but for May they all pitched in with shots of the city in full festival mode. 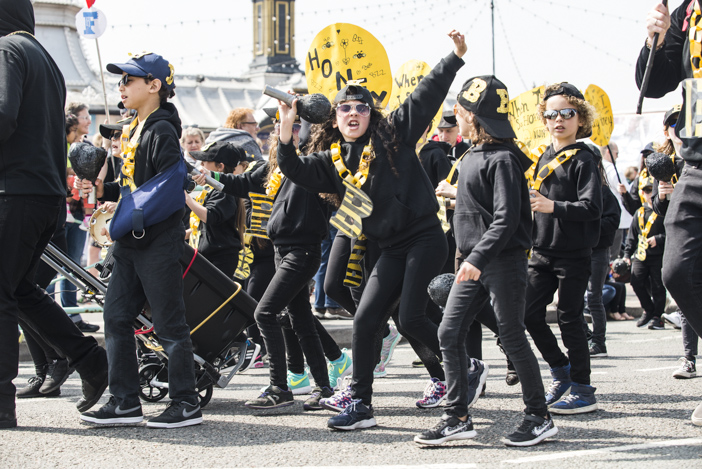 The month began, as always, with the Children’s Parade. This picture will resurface in ten years on the social media feed of one of Brighton’s future rap stars. (FM) 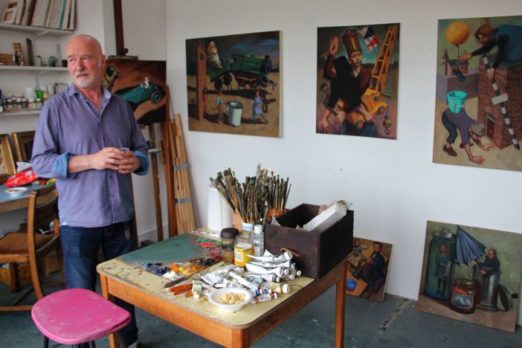 Phoenix Gallery opened its doors on the second weekend of May, and naturally we went to nose around. Here’s artist and illustrator Steve Fricker, taking a breather. You can read about what else we saw here. (JS) 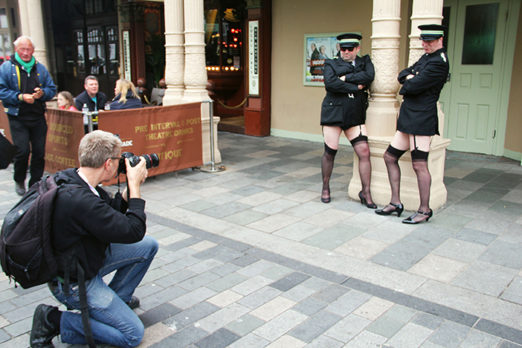 Coppers in tights. It’s how you know the Fringe has started. (JS) 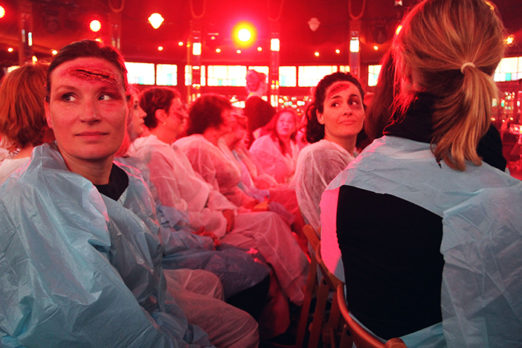 A day-trip for head trauma victims? No, a choir preparing for their part in political parody The Brexorcist at the Spiegeltent. We reviewed it here. (JS) 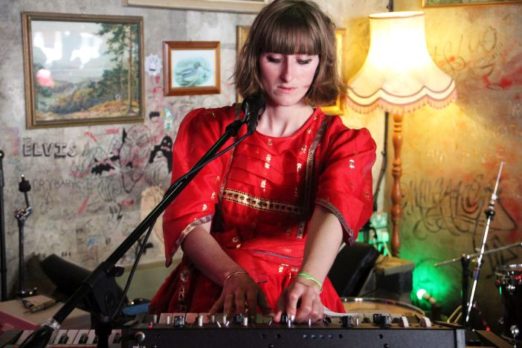 Eleanor from Prince Vaseline at the Hope & Ruin. One of dozens of bands our intrepid reviewer saw on an three-day jaunt through the Alternative Escape. (JS) 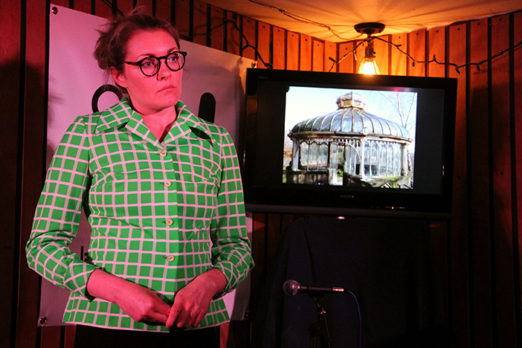 Superb character comedy from Jane Postlethwaite at Nowhere Man. We also reviewed this here as part of our rolling Fringe coverage. (JS) 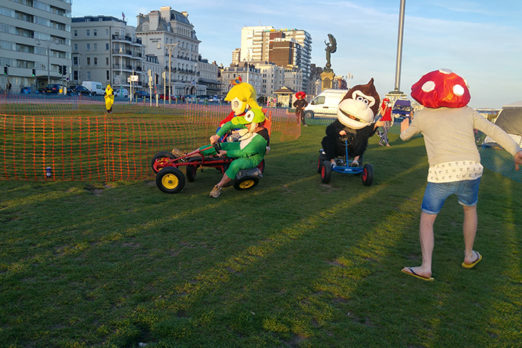 Meanwhile there was also an election going on. These posters were part of an ‘audio app’ tribute to the NHS which went up on the streets near The Basketmakers. Within hours they’d been defaced. (JS) During The Great Escape every nook and every cranny of every venue was filled with bands, so some simply set up in the road. Here’s Francesca Fulmini at the QM Records stage on Ship Street. (MT) 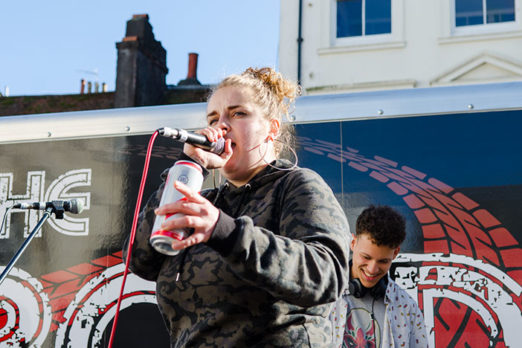 Colour-coordinated street drinking from Brighton rapper, Bobbie Johnson, who we interviewed a little while ago. Also on the QM roadshow. (MT) Wherever you go in Brighton you will never be more than a few feet away from a predatory seagull, circling patiently with watchful and hungry eyes. (GD) 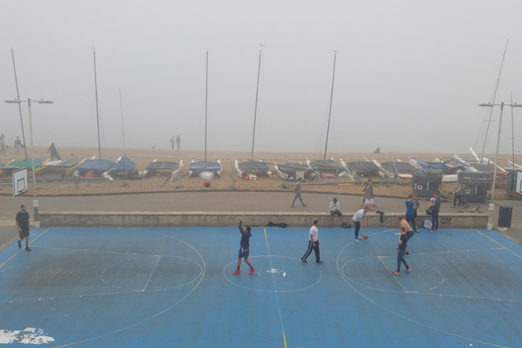 Of course, it wasn’t all fun in the sun. These guys thought a grey and foggy day provided a good opportunity for a spot of seafront basketball. (GD) 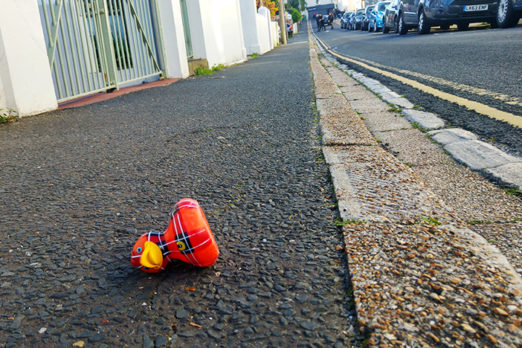 Never has an upturned tartan duck looked so lonely. (GD)

Sometimes an article is a bit of a team effort, and those are tagged SOURCE Writers. If you’d like to be part of that team, hit the Contact link at the top and get your work on this website.
← PREVIOUS POST
‘Refrain’ Review, Newhaven Fort
NEXT POST →
Kraftwerk Review
Mailing List
Recent Posts
Website developed in Brighton by Infobo
Copyright © Brighton Source 2009-2021
Street Source No.15 - Brighton Source