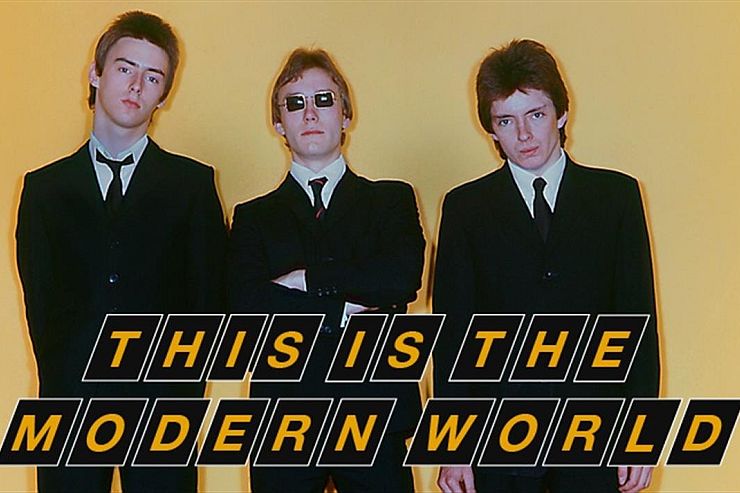 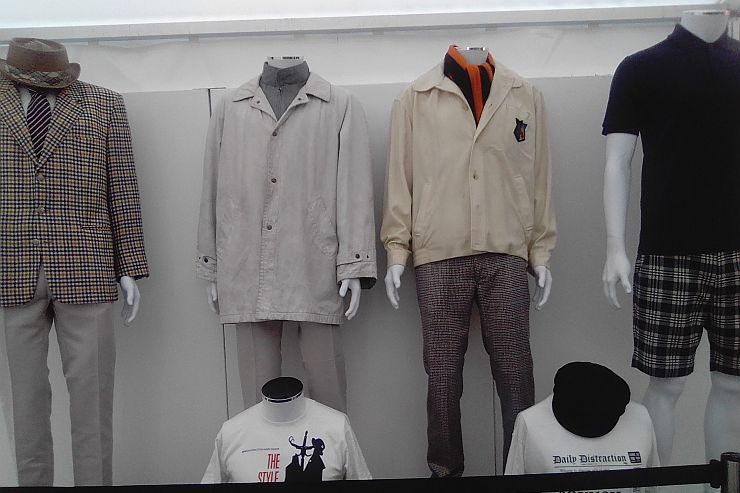 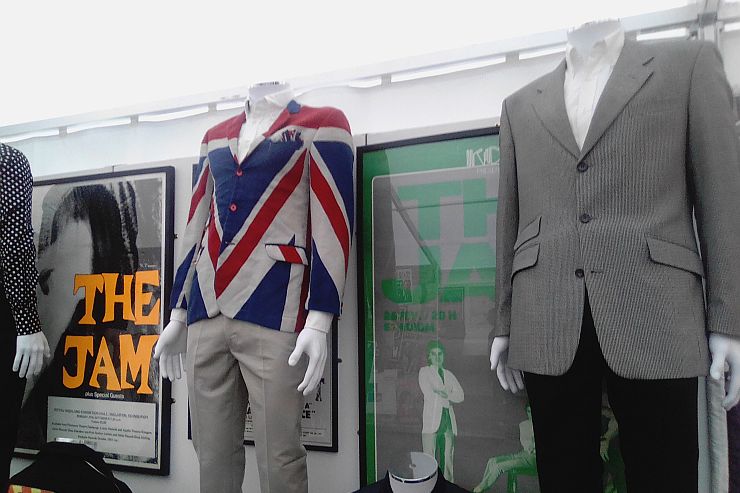 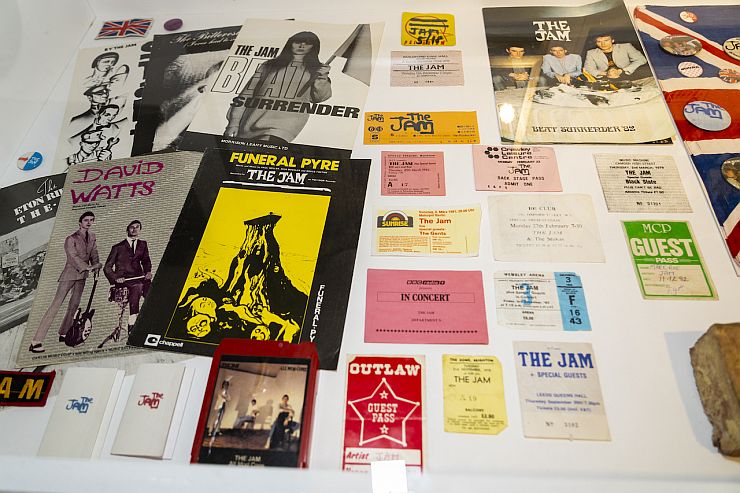 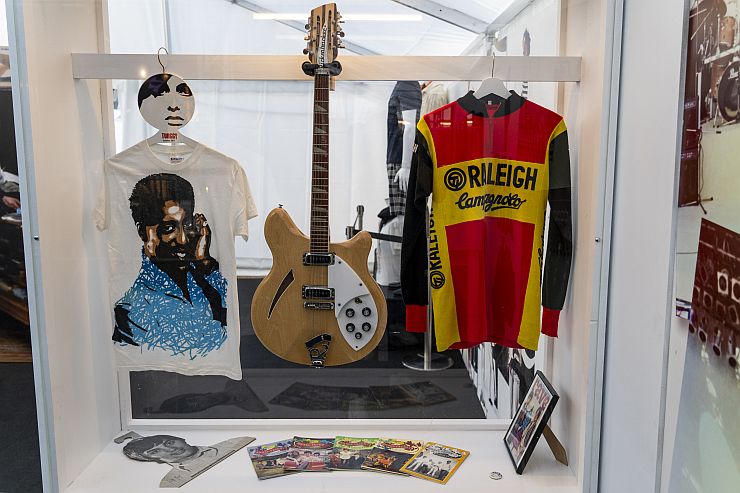 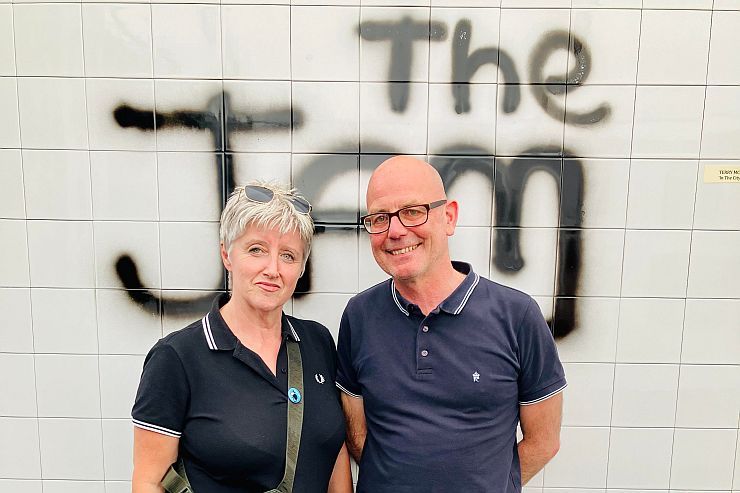 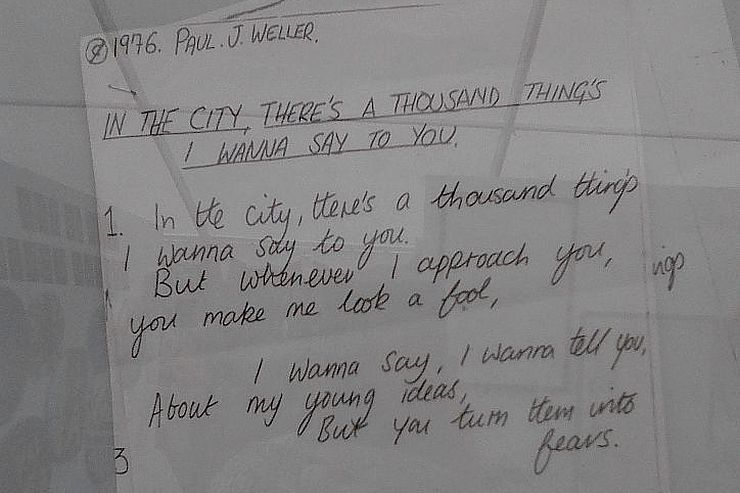 This Is The Modern World Exhibition

You can’t help but notice the banners outside St Peter’s Church that surround the new ‘This Is The Modern World’ exhibition celebrating The Jam and The Style Council. This comprehensive collection begins with Paul Weller’s school years, through his first forays into making music and contains never-before-seen, mouth-watering memorabilia from the heydays of his two most celebrated bands.

Curated by Weller’s sister Nicky, who ran The Jam fan club from the age of 14, you can see original clothing, guitars, posters and hundreds of rare photos including a bereft-looking John Weller (dad and Jam manager) after the final gig at The Brighton Centre in December 1982 and rehearsal photos from the legendary Live Aid concert in 1985. Whether you’re a hardcore fan, have a passing interest or are just curious about late 20th Century pop culture and social history this exhibition will definitely have plenty for you to be amazed at. They have even recreated part of the family home, complete with 70s wallpaper and heaving with Jam gold discs.

Running alongside the exhibition are a series of concerts and events at St Peter’s Church that began last weekend with The Selecter and Wilko Johnson and continue throughout August, culminating in a showing of the ultimate Mod movie, Quadrophenia, featuring a Q and A with key cast members, including Phil Daniels and Leslie Ash.

We were fortunate to be able to chat with Nicky Weller to discuss the exhibition, the devoted fans and all things Paul Weller.

There have been previous Paul Weller exhibitions so why did you choose now to bring this one to Brighton?

It started about three years ago, before COVID, to bring The Jam exhibition to Brighton down on the beach, but because of COVID and the time it took they said we could no longer have that venue. We weren’t sure what to do, or whether to continue, but we decided to and then the Valley Gardens site, where they normally have The Ladyboys Of Bangkok, came up. I thought we’d be getting the big tent but it’s worked out really well, the set designers have done a great job plus there’s the bonus of having St Peter’s to put on three gigs each week, which is something they’ve never allowed before. It started off as a Jam exhibtion and just progressed as we realised how much Style Council material we had.

Paul is lucky as his fans are so loyal and some have been around for over 40 years. I’m still talking to people I wrote to in The Jam Fan Club, which is quite incredile.

Do you think the exhibition will evolve to include Paul’s solo career?
People keep telling me that and I’ve got about twelve crates from his solo career, which has been going now for over 30 years, but I don’t think I’ll be doing another one after this. Although never say never as I can’t bring myself to chuck it away and it would be really interesting to focus on his solo career.

Is there any kind of museum in Woking celebrating Paul’s career?
Well, I’ve tried. Me, Den Davis and my partner Russell Reader, who organised the last Jam exhibitions, have been in touch with the council, as there’s no permanent fixture and you’d think it would be the perfect place but no-one’s come forward as yet.

Aside from your own collection there are a lot of items donated by fans. How did that come about?
Some of the stuff is my brother’s and people like Noel Gallagher have provided guitars that Paul previously owned, but I did a shout out because I knew there are fans that have pieces that haven’t been in an exhibition before. It’s really scary as you have to make sure you return the items to the right people in the same condition but it’s been great fun. For example, there’s Keiko who came from Japan as an Emgish student when she was 18, became a Jam fan and never went home. She followed The Jam on tour for their whole career, then The Style Council and still follows Paul now. She and her friend Akiko have loaned some amazing, immaculate items, as have many other lifelong fans. We lost a lot of memorabilia in a house fire in 1997 which is why we had to borrow some things that I knew were out there.

What are Paul’s thoughts on the exhibition?
When I first did the Somerset House exhibition he said “what do people want to go and see that old crap for?” but he came to it a few times and was really impressed with it. We’re hoping he’ll come to Brighton but he’s just finished touring and is having a holiday, so he’ll probably just turn up one day. He should be proud of it. Mick Talbot came to the preview night and was well chuffed and I’m hoping that Steve White and Bruce (Foxton) will think the same when they come down, as it’s in honour of all those guys.

There’s a nice section recreating your family home and your Dad. How important was he to The Jam’s success?
He was a huge part of it and he always encouraged us in our interests, even though we were very poor. I wanted to be a dancer, Paul wanted to be a musician and our parents were right behind us. It was Dad’s grit and determination to get into the London scene and getting them signed was amazing, all with no experience. He was a builder and would come off a site, get changed and head to London. He’d take days off to go to record companies and ended up managing the bands and then Paul’s solo career until about 2006/7, when he developed Alzheimer’s. And he always insisted on the band being paid in cash. He’d wait around with his ‘Roy Cropper’ shopping bag which would be full of notes.

Would the exhibition appeal to non-Jam and Style Council fans?
I would say so. If you’re a music fan it will appeal plus there’s lots of social history covered such as Live Aid, Red Wedge and the political side of the music. We’ve even had some history students contact us about it.

Have you got any favourite items in the exhibition?
My brother’s school books and the ‘WHAAM!’ guitar and from The Style Council era probably the Live Aid pieces. My partner Russell’s polaroids from the Live Aid Friday night rehearsals have never been seen before and I’m really proud of the My Favourite Shop area, with items from the photo shoot scattered around.

You were at The final Jam gig at The Brighton Centre. What are your memories of it?
I have very vivid memories of it but as this was pre-mobile phones, there aren’t many photos. I actually came out on stage at the start of the gig in a pantomime horse costume with my mum in the back and there are photos of this which we are getting printed. I was also in a stupid dance troupe called The Eton Rifles with Gary Crowley and six other people, dressed up as hippies and dancing to Aquarius and we got booed and bottled off stage. Then The Jam came on and that was it. There’s a great photo of my Dad in the auditorium afterwards looking very upset. But Paul has always moved forward, even in his solo career. And to have two number one albums during COVID, when no-one can even see you perform, is amazing. I think his voice has actually improved as he’s got older and he’ll probably continue until he’s 90.

This Is The Modern World exhibition continues in Valley Gardens until Monday 29th August and Nicky Weller hosts curated tours every week from Wednesdays to Sundays.

Tickets are available online here or at the onsite box office.

Steve has been a SOURCE contributor since Summer 2010. Favourite quote - "There's no such thing as a sold out gig".
NEXT POST →
Yama Warashi Review
Mailing List
Recent Posts
Website developed in Brighton by Infobo
Copyright © Brighton Source 2009-2021
This Is The Modern World Exhibition - Brighton Source