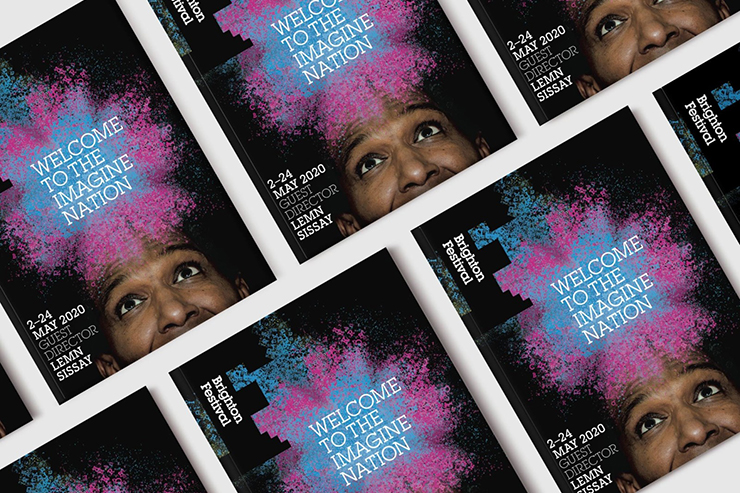 Brighton Festival and Brighton Fringe were called off today in response to government advice on the COVID-19 outbreak. Both festivals were due to take place in Brighton during May at a time when the epidemic is projected to be at its peak. A raft of smaller local festivals have already been cancelled. There has been no news from The Great Escape as yet, but it can only be a matter of time before the music weekender follows suit.

Brighton Festival, which was curated this year by the author and poet Lemn Sissay, has had to cancel for the first time in its 53-year history. Over 120 events were scheduled across the region, including many premieres and debuts from international artists. The festival organisers are currently in discussions to see if some of the events can still happen at a later date, or in other ways.

“Lemn’s vision was to build an ‘Imagine Nation’ at Brighton Festival,” says chief executive Andrew Comben. “It seems to us that we need imagination, creativity and the strength of our community now more than ever. We are exploring what might be the most creative contribution the Festival and its artists can make at this time and we will share more on this when we can.”

Meanwhile, Brighton Fringe has decided to postpone its festival until September/October. Tickets already bought will be valid for rescheduled dates with refunds available where that’s not possible. There were 5,500 Fringe performances due to take place across 170 venues around Brighton. With that many shows it can hardly be a simple operation to push the whole thing back a few months. We hope they can pull it off.

In a statement issued today, Brighton Fringe’s CEO Julian Caddy put a brave face on it: “We are determined to do our bit to stand up in the face of an invisible threat never before seen in modern times. We will be back and we can’t wait for you to be able to finally dive into the best Brighton Fringe that we can create, for all of us. By September and October, I think we will definitely need and deserve it!”

The cancellations follow a statement on Monday by Boris Johnson who advised people to “avoid pubs, clubs, theatres and other such social venues.” However, he was criticised for stopping short of issuing an outright ban which would have given companies recourse to insurance (we live in strange times when the government is blamed for not banning pubs). A package of relief measures for small businesses has been announced since, but it remains to be seen how long the entertainment and hospitality economy can survive with zero footfall.

Given that May is traditionally the busiest time of year for cultural events in Brighton, the local arts sector will have a rocky road ahead. Of course, there are more important things than going to a show, but the effects of today’s cancellations may be felt for some time.

Ben Bailey is the editor of Brighton Source and a freelance writer. He also plays in a few bands and can sometimes be found giving talks on a variety of niche topics. He lives in Brighton and rather likes it.
← PREVIOUS POST
Jon Hopkins Review
NEXT POST →
Moses Boyd Review
Mailing List
Recent Posts
Website developed in Brighton by Infobo
Copyright © Brighton Source 2009-2021
Brighton Festival & Fringe Called Off - Brighton Source