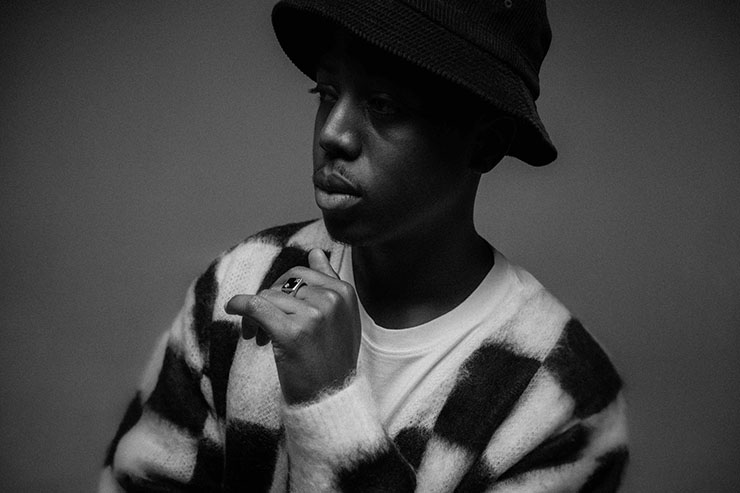 For a young artist at the beginning of their music career, these are tough times. Most artists gain a following through live shows over time, but live shows are looking increasingly unlikely for the foreseeable in the current global coronavirus crisis. Thankfully, we live in the digital age and many have already had the pleasure of listening to Moses Boyd’s debut solo album ‘Dark Matter’, a drum-heavy jazz record with a distinctly London twist. We were lucky enough to see him perform live in the basement at Patterns before ‘mass gatherings’ suddenly seemed like a risky endeavour.

Crammed into the far right-hand corner of the stage, it was extremely difficult to see Boyd and his drum kit in the shadowy half-light, unless you managed to get a spot right in front of that small section of stage. At least the electric guitarist and tenor saxophonist were more visible in the middle, while the pianist was somewhat lost on the left-hand side. Amid a significantly male-heavy audience, there was obvious excitement, especially amongst the younger contingent. The set opened with ‘Stranger Than Fiction’, the opening track on the album, which begins with gentle keys and cymbal washes before building into a bass-heavy rhythm, bordering on a grime instrumental, with a bouncy sax melody over the top.

With accomplished solos by each of the musicians, Boyd still stood out as a drummer extraordinaire. His drum sticks beating the barrels so quickly, it was almost a blur. For anyone who’s seen the movie Whiplash, it was reminiscent of that. People in the crowd were either totally focused or dancing around enthusiastically, whooping and cheering, particularly during the upbeat ‘BTB’.

With visuals of a black and white Union Jack that appears on the album artwork (no doubt a statement on race relations in Britain today) and footage of Boyd, and other random scenes flashing on the backdrop, there were also moments of quiet solo drumming, barely audible, building to an urgent thumping, before being joined by keys, strings and horns.

A beautiful piano solo led into ‘2 Far Gone’, which features Joe Armon-Jones of Ezra Collective on the album. Moses didn’t talk much in between songs, except to show appreciation for the other musicians sharing the stage with him, and didn’t even break a sweat, despite the stuffiness of the basement.

A musician as talented as Moses Boyd will have to emerge from the shadows eventually.