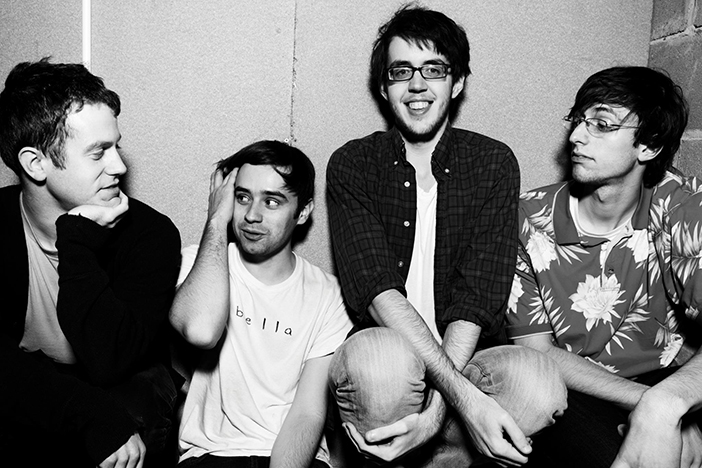 American indie rockers Cloud Nothings originally began as the solo project of vocalist Dylan Baldi, but nowadays the band is three members bigger and four albums stronger. After taking on a collaborative studio album with the rock band Wavves in 2015, Cloud Nothings have got round to giving us another slab of their own material.

Their current tour celebrates the recent release of ‘Life Without Sound’, which became available earlier this year. Each of their albums has a different sound and a different take on modern rock, with a piano solo taking the lead in the opening track of the album. ‘Life Without Sound’ is a lot more relaxed than their previous records and a lot less angry. Now, the band have a similar sound to Jimmy Eat World.

Come down and see what the ever-changing Cloud Nothings have to offer.

Sometimes an article is a bit of a team effort, and those are tagged SOURCE Writers. If you’d like to be part of that team, hit the Contact link at the top and get your work on this website.
← PREVIOUS POST
Slaves, Thurs 23rd March (Gig Postponed)
NEXT POST →
Seun Kuti and Egypt 80, Weds 22nd March
Mailing List
Recent Posts
Website developed in Brighton by Infobo
Copyright © Brighton Source 2009-2021
Cloud Nothings, Thurs 23rd March - Brighton Source