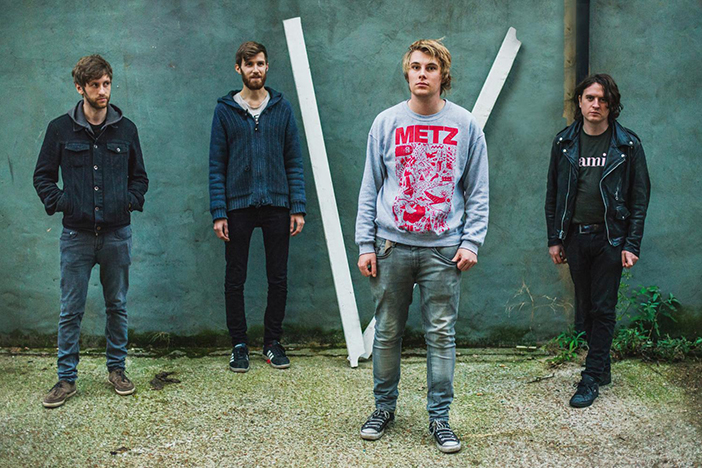 After a difficult end to last year, which saw the band having to cancel a series of gigs – Brighton included – due to mental health issues, the Dublin four-piece are back to rattle your bones with their live show, which revels in moments of brute force and furious sound.

Still celebrating the success of their 2015 math-rock repetitive and techno-influenced debut album, ‘Holding Hands With Jamie’, Girl Band can also boast an award-winning collaboration with the filmmaker Bob Gallagher for the ‘Why They Hide Their Bodies Under My Garage’ music video – but be warned, it’s not for the faint of heart!

Sometimes an article is a bit of a team effort, and those are tagged SOURCE Writers. If you’d like to be part of that team, hit the Contact link at the top and get your work on this website.
← PREVIOUS POST
Normanton Street Interview
NEXT POST →
Street Source No.8
Mailing List
Recent Posts
Website developed in Brighton by Infobo
Copyright © Brighton Source 2009-2021
Girl Band, Wed 7th December - Brighton Source