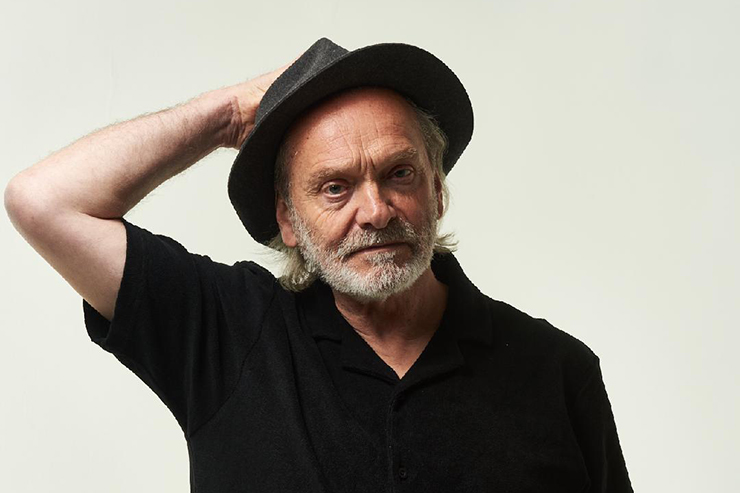 As the frontman of Wang Chung, Jack Hues was responsible for some big pop hits in the 80s, but this restlessly creative musician has covered a lot of ground since his ‘Dance Hall Days’. He still tours occasionally with Wang Chung, but he is also well known for his forays into progressive rock, jazz and classical music. He comes to Brighton this month with an all-star band to promote his solo work.

In 2020, Jack was supposed to be touring in Europe and America to promote his album, ‘Primitif’. Instead he found himself back in the studio working through the lockdowns on a different collection of songs which reflected the strange events taking place around him.

Now released as ‘Electro-Acoustic Works 20:20’, these songs flit between styles as they strive to find optimism amidst the confusion. The lead track, ‘We Gotta Work Together’, evokes the protests of the Civil Rights movement, building on a buoyant groove to deliver a classic pop rock chorus.

Now residing in Canterbury, Jack has recruited a band of brilliant local musicians for this show, including Josh and Joel Magill from psychedelic rock band Syd Arthur, and long-time collaborator Sam Bailey.

Joel and Sam are also appearing in the support slot as The Moon Is. This new project sees two musicians at the top of their game both stretching for something different. What happens when you pair rock drumming with free-jazz piano? The result is an innovative and intriguing form of proggy improvisation full of surprising moods and interludes. It’s a fusion of worlds that keeps you guessing; we’re told their single ‘Messy Shakes’ was inspired by “the mystical harmony in the music of Olivier Messiaen and the heartfelt soul music of the band Alabama Shakes”.

Given the Canterbury connection it’s fitting that The Moon Is has garnered praise from Soft Machine’s Robert Wyatt. Seems the famed ‘Canterbury scene’ of the 70s is alive and well and coming to Brighton.

Ben Bailey is the editor of Brighton Source and a freelance writer. He also plays in a few bands and can sometimes be found giving talks on a variety of niche topics. He lives in Brighton and rather likes it.
← PREVIOUS POST
The Secret Garden
NEXT POST →
Book review: Stories by Brian Blaney
Mailing List
Recent Posts
Website developed in Brighton by Infobo
Copyright © Brighton Source 2009-2021
Jack Hues, Wed 22nd Sept - Brighton Source