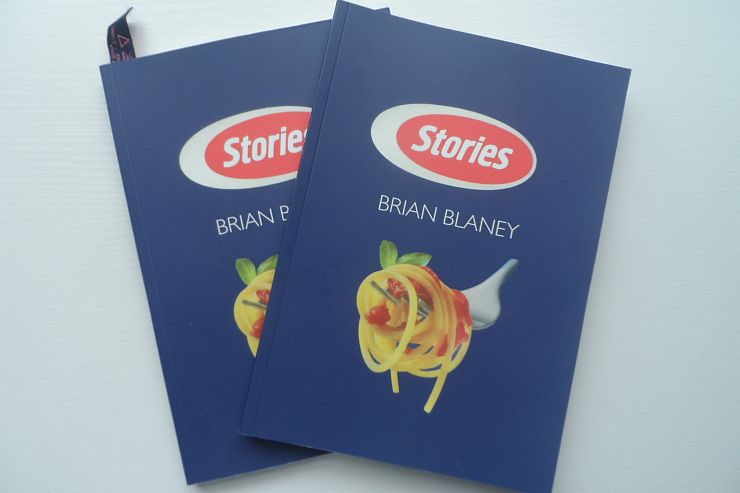 Brian Blaney (AKA Susan Boyle) was the lovably irascible drummer and occasional vocalist with one of Brighton’s best-loved, sweary-Mary, highly irreverent, cabaret-garage-punk bands, Asbo Derek. You may have seen them at Glastonwick or sharing a stage with a host of superb bands such as Subway Sect, Band Of Holy Joy and Blue Orchids. There was also an infamous appearance at a Devizes beer festival which has become the stuff of legend. What you may not know is that Brian was also a great storyteller and writer.

Brian died suddenly on 5th October 2020 after being diagnosed with cancer and so, partly in tribute but also because his short stories are so good, the remaining band members (with Brian’s family’s blessing) decided to publish a collection of his work and donate the proceeds to the hospice that cared for him.

For unrevealed reasons the stories are listed in alphabetical order by title, but this somehow works perfectly in the mix of subject, size and style. Some are clearly autobiographical, some nearly autobiographical and all are beautifully crafted vignettes laced with love, mischief and malevolence.

The author draws on his past careers as a social worker and restaurateur to great, and often poignant, effect. He highlights his fears, phobias and quirks to share hilarious incidents, including Brian inadvertently stealing the show at an Off-Broadway theatre – a situation that could have been easily avoided had he read any of the reviews before booking.

Some of these stories were performed by Brian during Asbo Derek gigs and were always warmly received. The author delivered them beautifully in his Glaswegian brogue as he spoke of man’s innate dislike and suspicion of their fellow man alongside random acts of kindness. These tales will make you laugh out loud, bawl your eyes out and have you nodding in agreement at the absurdities of life. 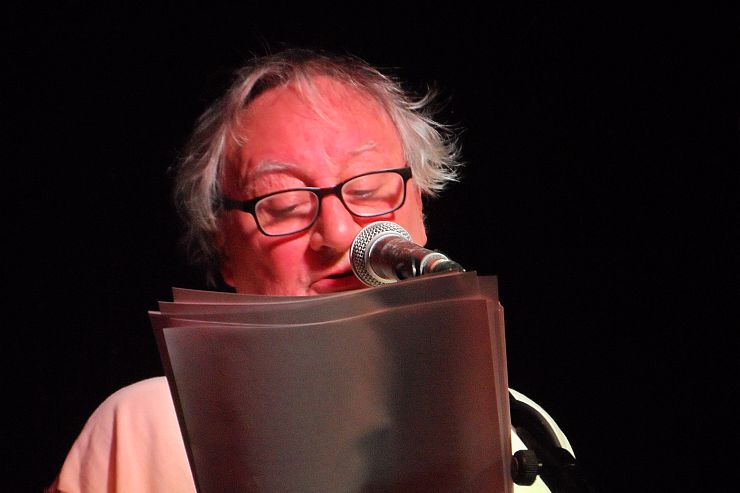 There are several travel tales, including one where a case of mistaken identity almost ends with a beating from vigilante holidaymakers. A personal favourite involves a snobbish train traveller getting his comeuppance after goading the author during a London-to-Glasgow journey. Other topics covered include marital breakdowns, neighbour disputes, supreme stubbornness and the warning that poor customer service may result in a headbutt to the face.

Throughout the book it is clear how much he cares about people and the right thing being done and woe betide anyone that falls short of these basic standards. His underlying sensitivity often shows through, as does the inevitable resorting to violence. He is adept at pacing and highly skilled at building suspense and tension in the longer pieces.

The 29 stories that comprise the book are all the known pieces fully completed before the author’s death. We can only hope there is an undiscovered chest full of enough of Brian’s stories to fill a few more volumes. Until then, we are lucky to be able to cherish the work of this irreplaceable individual.

The book costs £13. Postage is £3 for one book or £4 for 2-4 books. Payment is via Paypal. You don’t need a PayPal account, but go to PayPal and request to send money to: [email protected] where you will need to provide a postal address and specify the number of books required.

All profits will go to St. Michael’s Hospice in Hastings, who looked after Brian in his final days, so feel free to pay a little more, if you can.

Steve has been a SOURCE contributor since Summer 2010. Favourite quote - "There's no such thing as a sold out gig".
← PREVIOUS POST
Jack Hues, Wed 22nd Sept
NEXT POST →
Dexys, Monday 19th September 2022