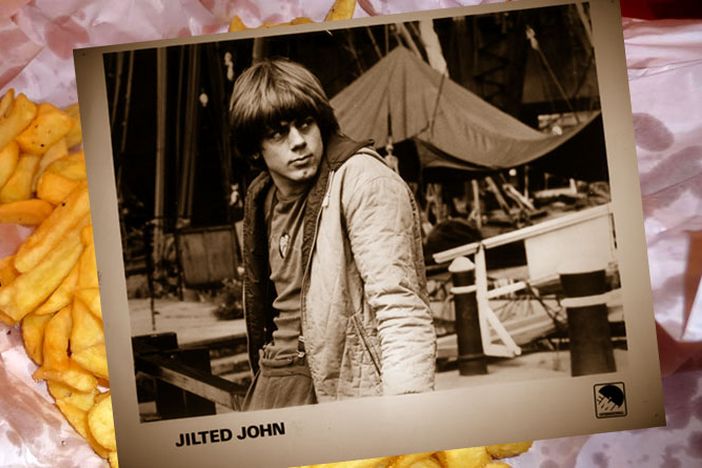 Many years ago in a faraway place called the 1970s an unknown singer stormed the pop charts with a uniquely whiny, yet really catchy song about the eternal teenage problem of being dumped. Both singer and song were called Jilted John and one of the all-time great one-hit wonders was born. There was a follow-up single and album but the magic could not be maintained after brainwashing the nation’s kids into constantly shouting “Gordon Is A Moron”, from the song’s classic chorus. There was even a terrible cash-in reply song by ‘Julie and Gordon’ which still managed to sell a few copies.

Eagle-eyed Top Of The Pops viewers may have recognised the bewildered-looking, parka-wearing loser-in-love as being one of Gail’s early dates in Coronation Street and so it was revealed that Jilted John was the creation of teenage actor/comedian Graham Fellows.

Following his chart success, not much was heard from Fellows for a number of years (or so we thought) until he was discovered to be the man behind Yorkshire’s finest Casio crooner John Shuttleworth.

Forty years on, Jilted John is back and Dictionary Pudding have provided the perfect person to open for him; another English eccentric, John Otway.