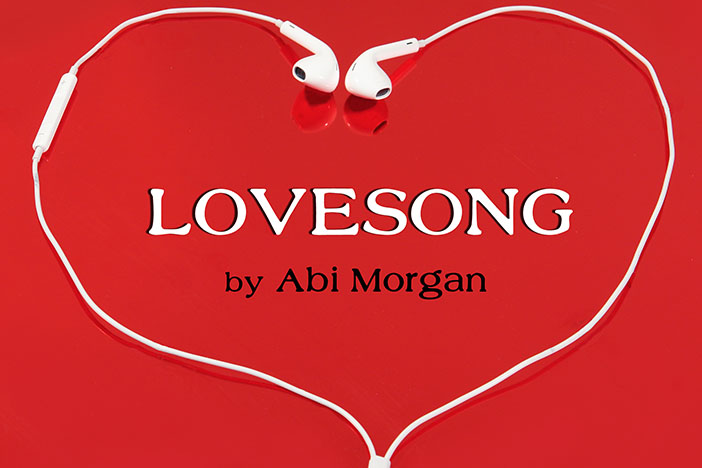 Take two young lovers. Shake it up! Get them to look back at their love story forty years later. Then, knock together their past and present selves. This forms the core of ‘Lovesong’ – an ingenious play by Abi Morgan (‘The Split’, ‘Iron Lady’, ‘The Hour’), which comes to Brighton in July.

We caught up with Kirsty Elmer, who is directing the play at the New Venture Theatre (NVT), to find out what to expect.

Kirsty is a Brighton-based director and performer with a reputation for striking contemporary drama. We previously previewed her exceptional ‘Love And Information‘. So, what attracted her to directing ‘Lovesong’?

“It was the writing. It’s beautifully written. It’s very moving without ever resorting to sentimentality or being mawkish… it’s what’s not said that’s just as important as what is said.” The play’s main themes are concerned with “life, relationships, things we can all relate to… and the ups and downs of life.”

Kirsty particularly likes to work with plays “where the script doesn’t say much about how to stage it!”

What’s different about the version we’ll see at the NVT? Interpretations of the play have often taken their lead from the early performances devised by Frantic Assembly. However, Kirsty has innovated on this for the Brighton production and also added some transitional sequences.

We asked her what had been the biggest challenges in directing ‘Loveong’?

“The delicacy of it. And the balance – trying to not overdo it.” So for Kirsty, “doing justice to the play is quite important.” There’s a ‘naturalistic dialogue’ across the different time zones evoked during the play.

In the past she’s often worked with up to 16 actors but this show is quite different. “There’s a cast of only four! So it has been much more intimate.” It has been an emotional experience for the actors. “In rehearsals we have been moved to tears by the first read through. It really gets to us!”

Anyone who’s seen Kirsty’s previous productions will know that she pays meticulous attention to the sets, which she designs herself. This show is no exception. We won’t spoil the surprise.

What’s next for Kirsty? She is keen to work more with smaller casts. “I’ve enjoyed the way we’ve needed to work closely on ‘Lovesong’.”

The play will appeal to all ages from teenagers upwards (although it’s not suitable for younger children due to strong language). We’re looking forward to seeing this very modern production at the NVT, which this year celebrated its own love story with a 70th anniversary in Brighton.

Mike lives in Brighton. This is a full time occupation. He's also a researcher, writer and activist. Any time left over he spends hanging around cafes and pubs listening to people on their phones. He loves theatre that pokes into difficult places. You won't find him on Facebook.
← PREVIOUS POST
Patti Smith And Her Band Photos
NEXT POST →
Jilted John, Sun 7th October