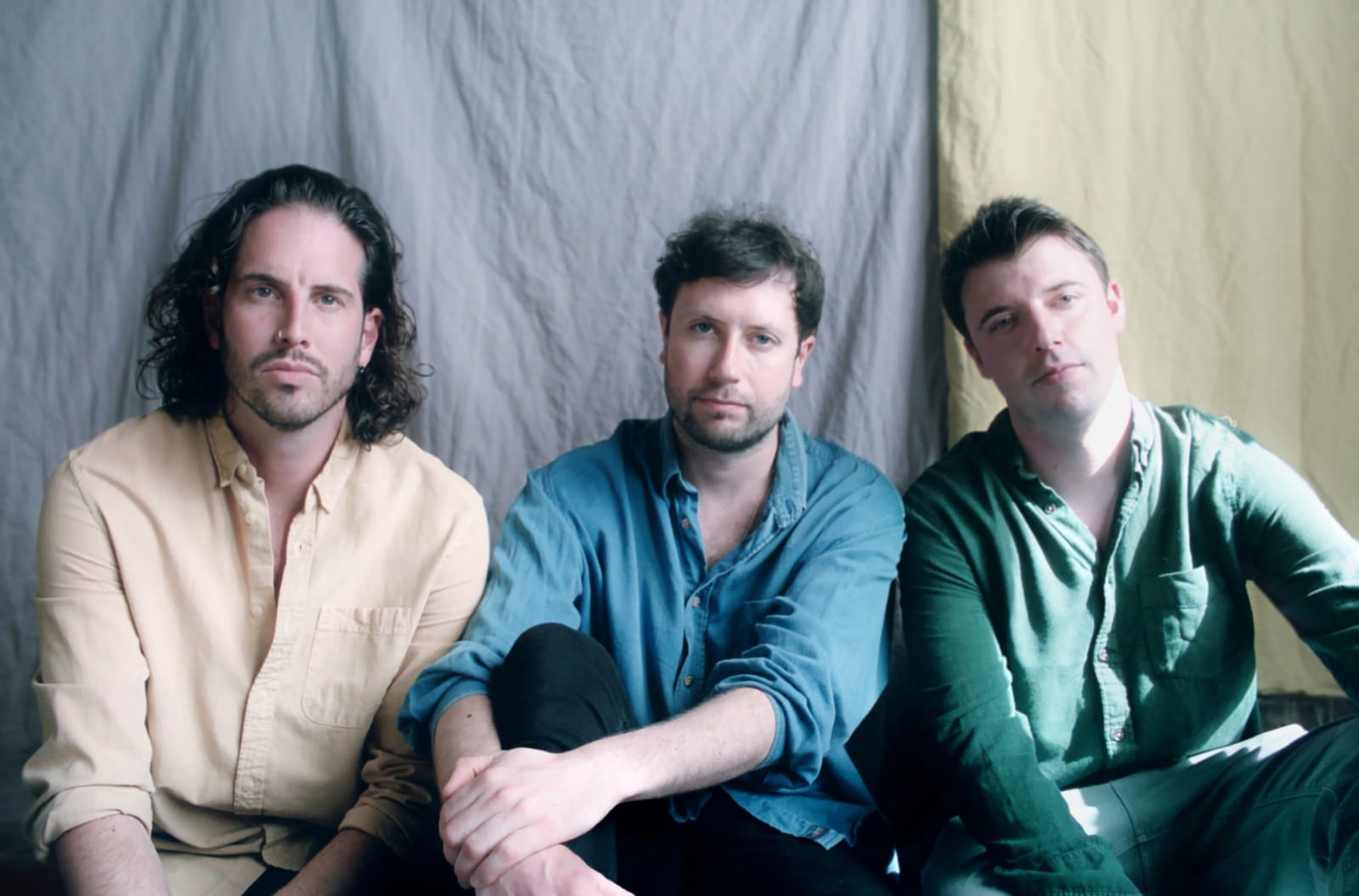 Brighton folk-powerhouse trio Liemba have announced an EP launch for ‘Ever Evolving’ at the revitalised BLEACH (above The Hare & Hounds) on Thursday 28th November.

One of the most rewarding things to see as a music writer (or simply as a music fan) is to witness the evolution of a band’s musical prowess. And boy have Liemba evolved and upped their game. They first came onto our radar as a two-piece, with soaring harmonies and intricate guitar play from Simon Gledhill and Nelson day stealing the show every time.

Liemba took to Ford Lane Studios in July this year, bringing in Fred Hills on drums and Joe Woodham on bass to add more clout and enrich the soundscape further. The EP launch will see Liemba play both as a three-piece, as well as with Fred and Jouis joining for half of the set.

‘Ever Evolving’ by Liemba, shot at Ford Lane Studios by Alice Humphreys.

Support on the night comes from singer-songwriter M G Boulter (who has received praise from both Uncut and The Independent on Sunday) and the eclectic sounds of the Fred Hills Trio.

Tickets for the EP launch are available now.
Discover more about Liemba.