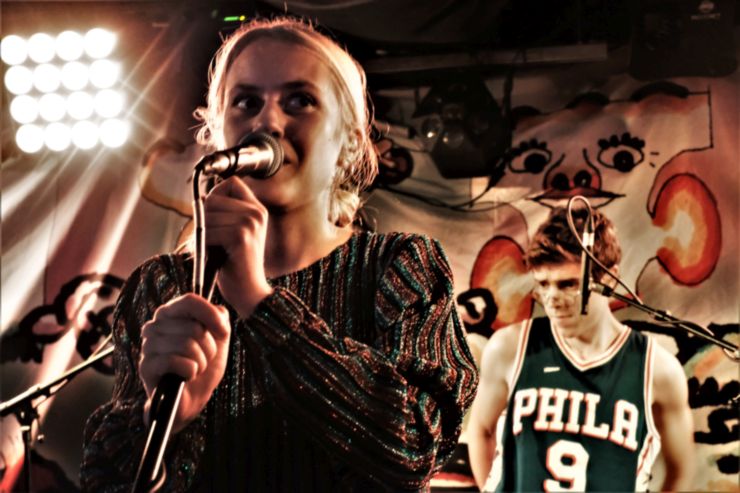 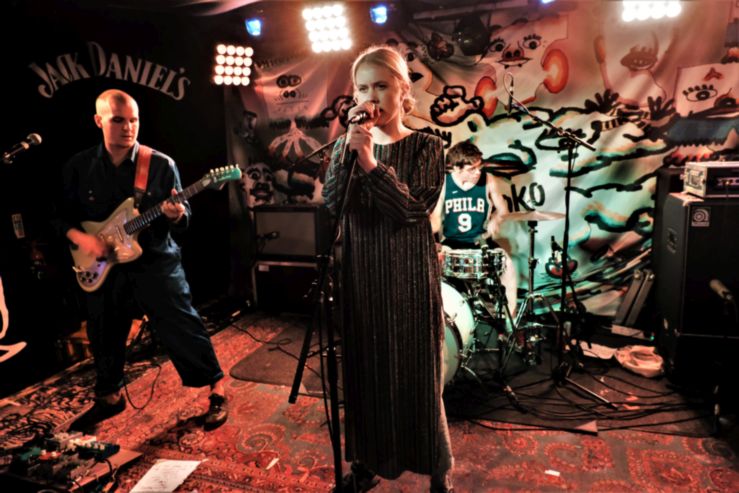 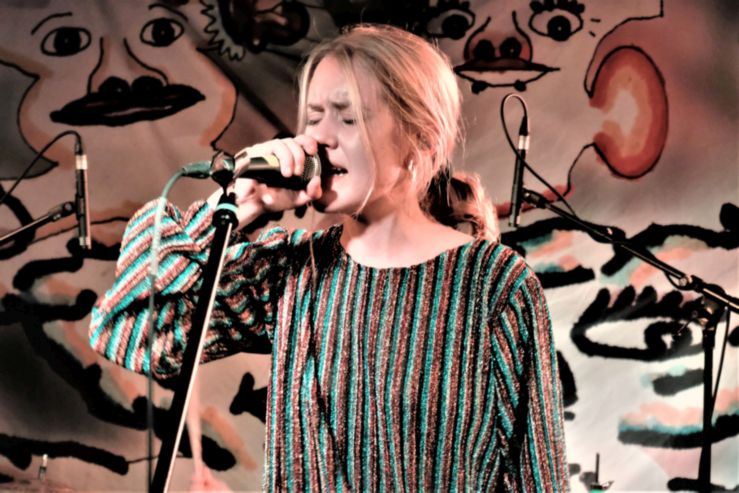 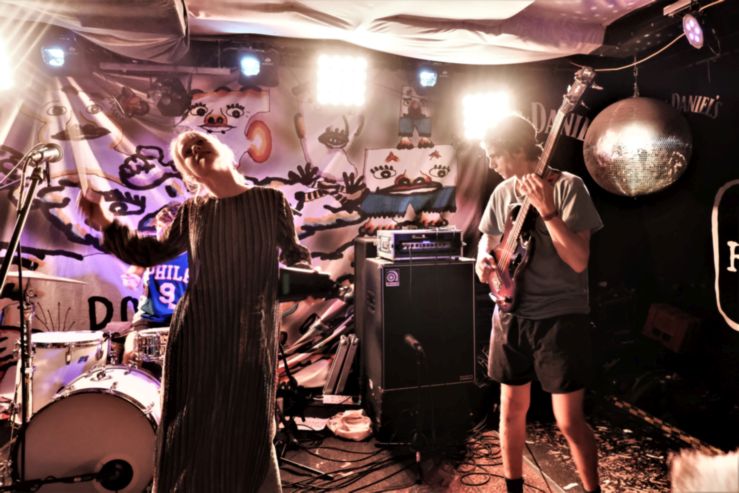 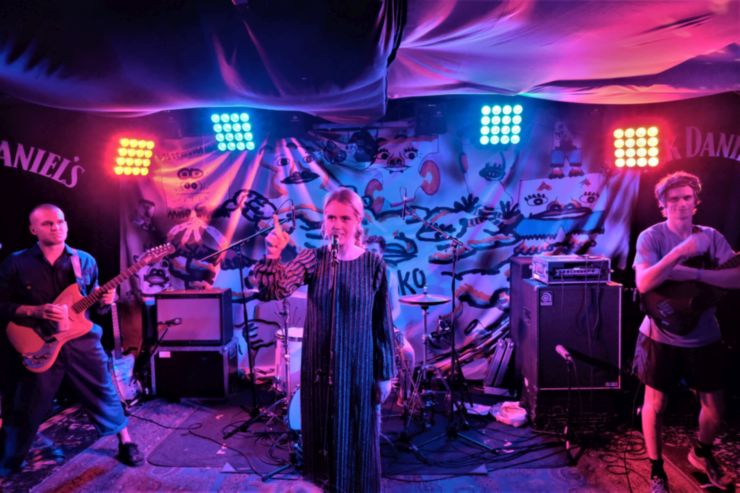 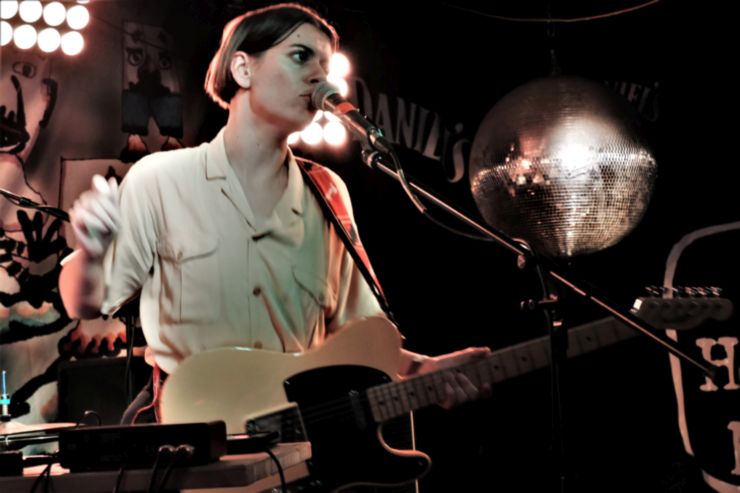 Norwegian indie-pop four-piece Pom Poko sold out two nights at the Hope & Ruin this week. In fact, when their Thursday night gig was first announced six months ago tickets were flying so fast out the door that Melting Vinyl and Love Thy Neighbour who were putting it on as a joint enterprise immediately booked them for a second night that same week. The second night also sold out.

Pom Poko’s sound is a bit punky, a bit pop, but also has elements of a thrash-prog aesthetic. Ragnhild Fangel is a mesmerising frontwoman and clearly loving every moment of being on stage. She doesn’t just look joyful but is literally bouncing, in between making her strangely untheatrical hand and face gestures. Martin Miguel Tonne’s guitar is the other dynamo in the band, sharp and angular making impossible sounds from his instrument with a subtle complex intelligence that belies the punk-pop shades of their performance.

The rhythm section of be-shorted Jonas Krøvel and be-spectacled drummer Ola Djupvik is loose but madly inspiring, making not just Ragnhild but most of the audience bounce along with the songs, most of which were taken from their debut album ‘Birthday’ out on Bella Union. The cowbell-infused genius of ‘Crazy Energy Night’ was storming, but the band also included some new songs which sound like they continue in a similar vein.

Probably the second best band in Norway right now, the band will be back in the UK next month supporting Ezra Furman, but alas in London rather than Brighton. Expect the venue to fill up early for the support.

A word on Liz Lawrence, the support for Pom Poko on Thursday night. A solo singer-songwriter with a powerful set of songs, great vocals and impressive new wave rocking guitar sound. She’s playing her own headline gig at the Prince Albert early next year and on the basis of this performance we would highly recommend it.

Jon Southcoasting photographs all sorts, including music, writes about things, as often as not musical, and sometimes plays his own songs too. He lives in Brighton.
← PREVIOUS POST
Liemba 'Ever Evolving' EP Launch
NEXT POST →
The Divine Comedy Review