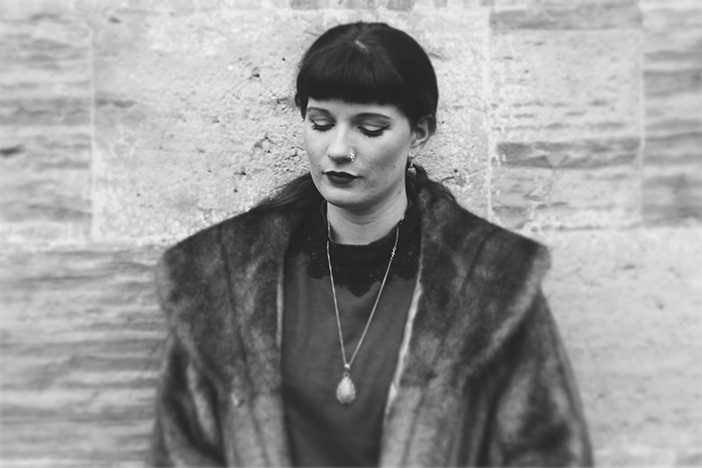 Lue will be introducing their mix of dreamy melodies and sublime musical textures to the Brighton music scene this April at the Hope and Ruin.

The ambient folk rock band are fronted by Brighton-based singer songwriter, also called Lue, whose acoustic guitar playing and soaring vocal melodies caught our ear earlier this year. Her songs will be backed by a six-piece band, which includes strings, piano, guitar and vocal harmonies.

This will be the first time they’ve performed live. Over the last few months Lue has appeared in various manifestations at open mics and showcases in Brighton, sometimes as a solo artist and sometimes with a stripped-back version of the band. We’re excited about seeing all the musicians sharing a stage together.

Lue will also be supported by talented solo artist, Madeline, whose own soulful ambient folk sounds are the ideal stylistic accompaniment to Lue.

Sometimes an article is a bit of a team effort, and those are tagged SOURCE Writers. If you’d like to be part of that team, hit the Contact link at the top and get your work on this website.
← PREVIOUS POST
Zara McFarlane Interview
NEXT POST →
Street Source No.24
Mailing List
Recent Posts
Website developed in Brighton by Infobo
Copyright © Brighton Source 2009-2021
Lue, Mon 2nd April - Brighton Source