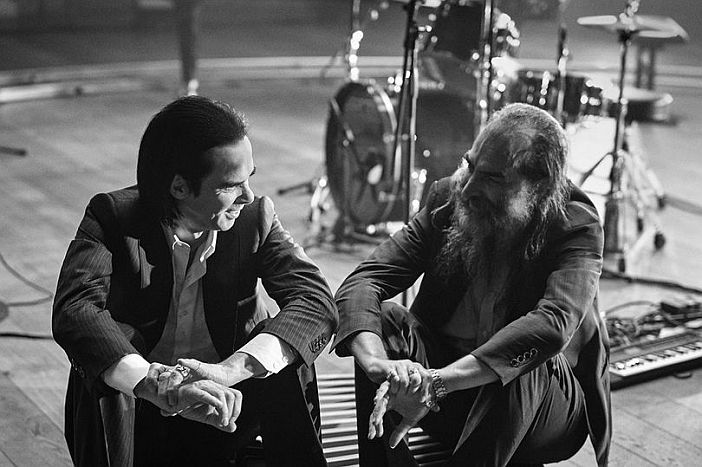 Nick Cave and Warren Ellis; friends, bandmates, soundtrack collaborators and Sussex-based ex-pat Australians decided to collaborate on an album during lockdown and will be performing ‘Carnage’ live on a twenty-date Autumn tour around UK theatres that culminates in two nights at The Royal Albert Hall followed by a final show at Brighton Dome.

The duo, touring together for the first time outside of The Bad Seeds and Grinderman, will be joined by Johnny Hostile – of pre-Savages Brighton regulars John and Jehn duo and backing singers Wendi Rose, T Jae Cole and Janet Ramus.

Anyone who has seen Cave live over the past few years will attest to his status as a bona fide master of his craft: spellbindingly enchanting and supremely confident, he controls audiences of any size with his feline grace and mischievous charm.

We were lucky enough to witness his last appearance at The Dome during his ‘Conversations With’ tour and it was a night to remember. See our review here.

Demand for this show will be extremely high so be quick if you want a ticket.