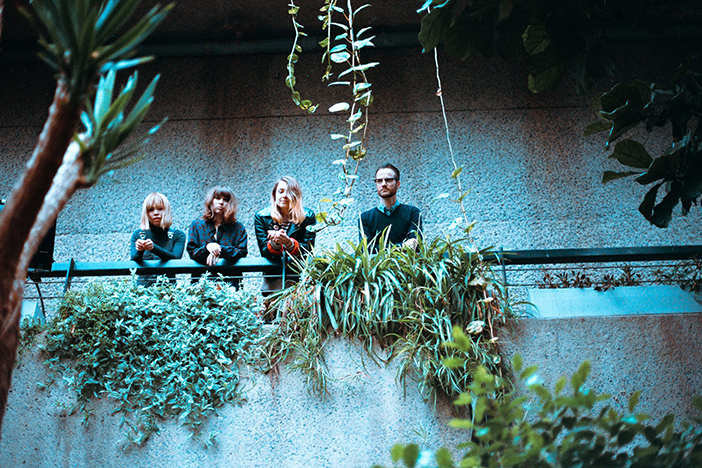 With a quirky sound that seems elegantly improvised, Novella will be playing Brighton to celebrate their newest album, released later this month. The title track, ‘Change Of State’, sees the band channelling their negative thoughts about the world into some powerful, driving psych rock. They have released a music video for another single from the record too, titled ‘Does The Island Know’. Their authentic sound, recalling 90s groups like Stereolab or Lush, might make you question whether there is even a market for a niche band like this. However, it all works in their favour as it makes you want more as you listen with intrigue.

The group are extremely clever at keeping things in check on social media too. Their Facebook page includes diaries which cover the recording process behind the new record, as well as all the regular gig updates. We’re excited to see what the four-piece will bring to The Joker.

Sometimes an article is a bit of a team effort, and those are tagged SOURCE Writers. If you’d like to be part of that team, hit the Contact link at the top and get your work on this website.
← PREVIOUS POST
Flying Vinyl Interview
NEXT POST →
Poets Vs MCs 2017 Review
Mailing List
Recent Posts
Website developed in Brighton by Infobo
Copyright © Brighton Source 2009-2021
Novella, Sat 25th Feb - Brighton Source