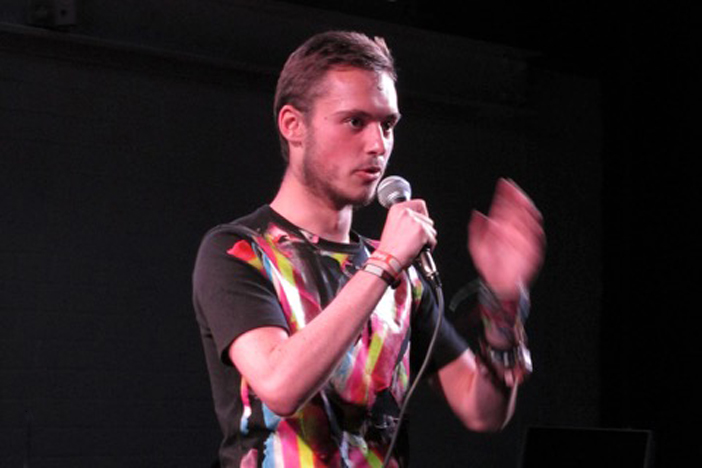 Poets And Rappers At It Again

It’s not unheard of for teenagers to hang out in the park taking the piss out of each other, but this Saturday two teams of youths have been specially trained for the occasion by the rappers and poets behind Brighton’s biggest spoken word event.

The Poets Vs MCs showdown which fills the Concorde to bursting point every January has spilled over into the streets, with both sides building up a youth squad for BITE2015: Brighton and Hove Youth Poets v MCs Slam project (those poets know how to pen a pithy title).

The big event takes place tomorrow at The Level at 5.30pm – but these whippersnapper wordsmiths have already been at it for a couple of months at Brighton Youth Centre under the wing of the BITE coaches. It’s not just an opportunity to show off, though. The kids know they’ll need substance as well as skills to do it properly. “It’s a space where people can be comfortable exploring whatever they want to express,” says Mike Parker who helps run the course. “It can actually be quite emotional.”

The following weekend the grown-ups are at it again for a special Brighton Fringe show at The Old Market. Last May they altered the format of the show for a wordy love-in at Brighton’s Spiegeltent – now they’re planning to get London in on the act.

A new addition to the team is the poet Shakes (that’s him up there). Last year BITE went into Bhasvic where he was a student; this time round he’s one of the coaches. “He started freestyling about freedom of sexuality at age 17,” explains Mike. “He could have been a poet or a rapper, but we claimed him as ours. Now he’s a poet.”

The first half of the night will see the likes of Joelle Taylor and Michelle Madsen coming down from the capital to join the poets’ side, while the rappers have recruited ‘some complete dons’ from London’s hip hop scene, including FGC champ Con Sensus. The second half flips it round, pitting all the performers from our flamboyant fishing village against their counterparts from the big bad city. After twelve years of lyrical ribbing, Brighton’s poets and rappers are actually joining forces.

“There’s something special about Brighton in that both camps transcend the stereotypes,” reckons Mike. “It’ll be interesting to see if London can do the same. If they come down taking the piss out of the clichés, they’ll miss the mark.”

Ben Bailey is the editor of Brighton Source and a freelance writer. He also plays in a few bands and can sometimes be found giving talks on a variety of niche topics. He lives in Brighton and rather likes it.
← PREVIOUS POST
Fleeting - Brighton Festival 2015
NEXT POST →
The Great Escape 2015 Review (Sat)
Mailing List
Recent Posts
Website developed in Brighton by Infobo
Copyright © Brighton Source 2009-2021
Poets And Rappers At It Again - Brighton Source