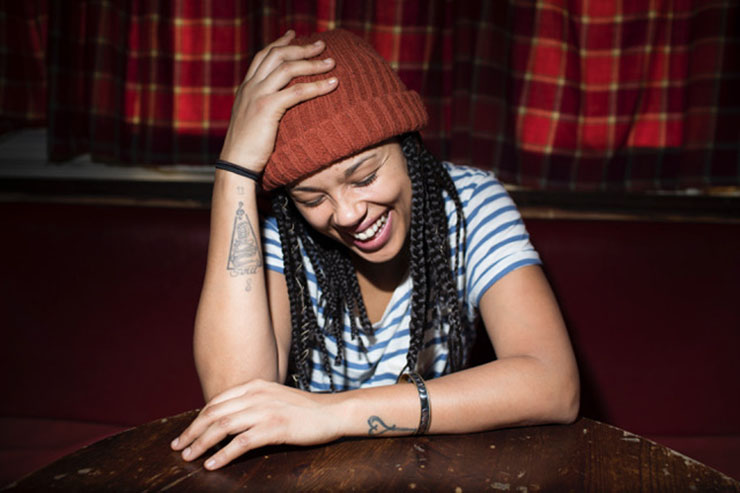 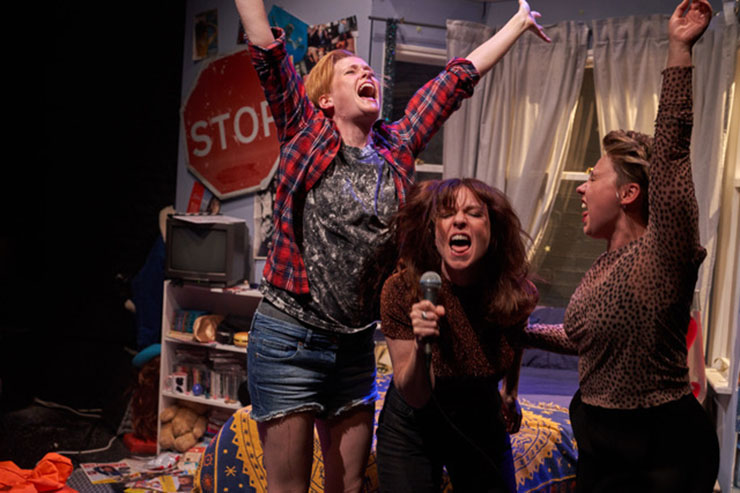 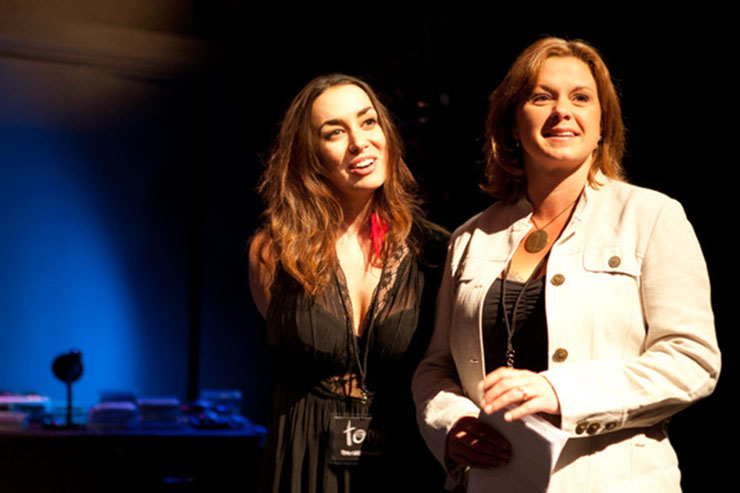 Reigning Women At The Old Market

The Reigning Women season kicks off at The Old Market (TOM) this spring with over a dozen events during February and March taking in rock, stand up, cabaret, comedy, film and immersive theatre.

Now in its third year, Reigning Women is a great way to see established and emerging women artists. Helen Jewell (programmer at TOM) describes it as “a jubilant, raucous, celebration of women’s voices from across the arts”. We caught up with Helen to get the inside story about what to expect. Its ambition is definitely personal, it’s certainly political, and should be hugely entertaining.

Helen Jewell and Tanya Ashdown took on TOM as a project when the team behind STOMP, now a Brighton performance legend, bought the building in 2010. The mission was to create a venue for live shows. Helen says “I have been lucky enough to steer the programme since we opened, but the whole venue is ignited by a passionate team who really care about this space and the people that come through our doors.”

The Reigning Women season draws on a rich splash of talent from Brighton and beyond. Helen points to the launch night which featured “emerging artists on the local music scene including; Sylvia Mwenze, Bobbie Johnson, Boudicca and Amy True” who were all inspiring.

Here’s a quick dip into the range of performers. So look out for poet, artist and theatre maker Cecilia Knapp who brings us her raw and brave show ‘Losing The Night’. Helen underlines how Cecilia “looks at bereavement and loss in a way that is so relevant to the mental health crisis we are facing right now.”

There is the epic show ‘Kaya’ from local choreographer Ceyda Tanc. This is a “dynamic dance ensemble influenced by her Turkish heritage” which, Helen points out “challenges gender stereotypes by utilising the virtuoso movements of male Turkish dancers and giving them to female dancers.”

In a different genre, Helen points to the Novello-award-winning, innovative music of Anna Meredith, who offers us “mischievous gig theatre from The Paper Birds”. Then there are the first class pearls of wisdom from feminist, activist and journalist Caroline Criado-Perez.

Despite huge progress in many ways, Helen says that “culture like stand-up comedy is still a very male-dominated domain, but there are some awesome women strutting their stuff on the comedy circuit right now.” Some of them are definitely part of this season. So, Kiri Pritchard McClean, Lou Sanders and Jayde Adams and others will definitely be bringing the giggles to the TOM stage.

Helen sees the Reigning Women season as “a platform for kick-ass women to be heard and to be championed”. She reflects on the importance of hearing these voices in our current social and political landscape where “patriarchal systems” retain their tight grip “sustained by traumatised, privileged, powerful individuals; the shadow of which is causing fear and division…”

So Helen is passionate about the power and relevance of live venues like TOM and festivals like Reigning Women. She sees the need to “protect spaces where diverse voices can be heard, and where we are able to feel safe enough to listen to each other carefully.” They are places for bringing people together “to share our loves, losses, hopes, vulnerabilities and to remind us of our essential shared humanity, as well as celebrate our differences.”

It is about political culture. As Helen argues, in a “fearful, fractured environment where people are deemed as ‘capital’ or ‘consumers’ or dehumanised in any way, it is our belief that these spaces are absolutely crucial to our wellbeing and our sense of connection.”

As in previous years, the Reigning Women season is supporting key women’s charities in the city. These include ETHOS Brighton Women’s Centre, RISE and Lewes Football Club.

Reigning Women is about hearing and standing up for the voices of many different women. It can be funny and in your face. It’s a space for entertaining the personal and the political in the state we are in. Let’s go!

Mike lives in Brighton. This is a full time occupation. He's also a researcher, writer and activist. Any time left over he spends hanging around cafes and pubs listening to people on their phones. He loves theatre that pokes into difficult places. You won't find him on Facebook.
← PREVIOUS POST
Stewart Lee Review
NEXT POST →
Japanese Television Review