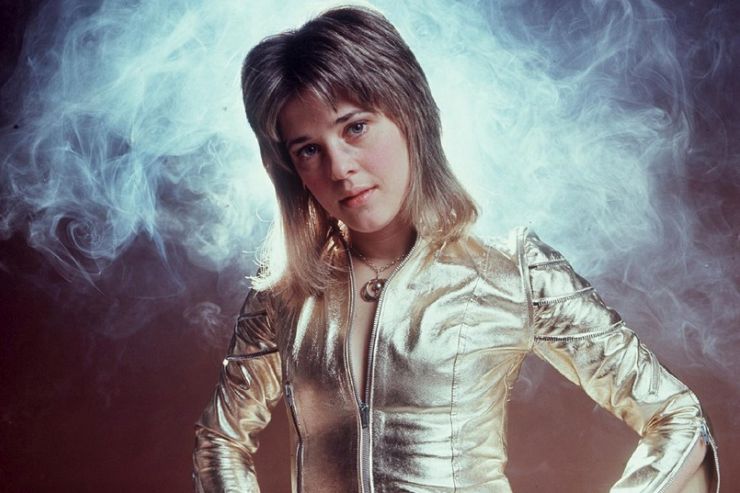 Many people of a certain age refer to the sight of David Bowie draping his arm around Mick Ronson on Top of the Pops in 1972 as a pivotal moment in their pre-pubescent years but the following year another sexually-charged performer caused a similar reaction in the form of leather-clad Suzi Quatro screaming out ‘Can The Can’ in another genuine WTF moment that must have been the talk of the playground the next morning.

A string of hits and world tours followed and, way before Joan Jett and Debbie Harry, she was a rare female pioneer in the almost exclusively male world of Glam and Heavy Rock. She hung out with Slade, Alice Cooper and Iggy and even appeared as Leather Tuscadero in Happy Days – easily out-cooling The Fonz.

She wrote a memoir ‘Unzipped’ in 2007 and now, in this new documentary, we see her return to Detroit to revisit the family tensions and rivalries she left behind after leaving her sisters’ band The Pleasure Seekers and moving to London almost five decades ago.

As part of the film’s national tour, Suzi herself will be in attendance for a Q+A following the showing.