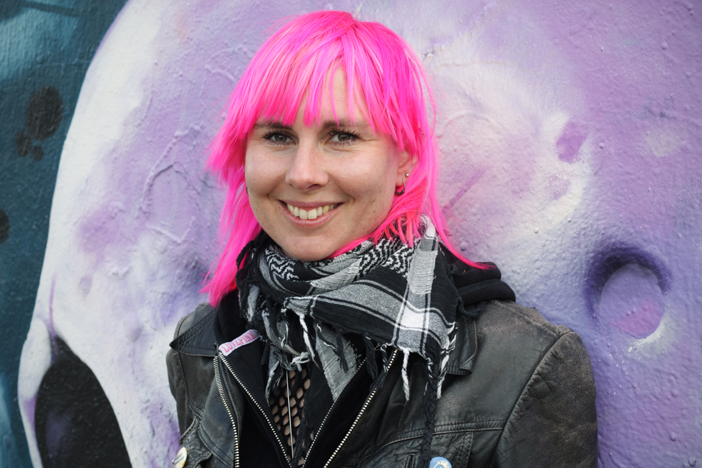 What do you do when you’ve already fulfilled all your ambitions in your twenties? This question plagued Louise Halvardsson, a Swedish author and poet who’d lived in Brighton for ten years and found herself treading water as she approached her 30th birthday. “After a decade abroad,” a language teacher told her. “You’ll either stay forever or you’ll go home. Become a lifer or a leaver.”

Louise’s way out was Swenglish, a project which saw her celebrate her 30th by living with 30 different people for 30 weeks. Putting her fate in the hands of strangers and old friends, she spent most of 2012 living with people in Brighton and Sweden, observing them, but also living as they lived.

The resulting book, launched this Saturday in the suitably Scandinavian setting of the Northern Lights bar, is both a record of her adventures and a loose cultural study of the everyday differences she noticed. Why do English people drink so much? Why do Swedes hate our toilets?

As well as readings, poems and a Q&A, the launch party features a screening of a documentary by local filmmaker Adriana Sabau. Following Louise’s journey, the film brings to light yet another side to the project, the people she met and the life decisions it led to.

Ben Bailey is the editor of Brighton Source and a freelance writer. He also plays in a few bands and can sometimes be found giving talks on a variety of niche topics. He lives in Brighton and rather likes it.
← PREVIOUS POST
James Hamilton, starting Fri 12th June
NEXT POST →
Octopuses, Wed 10th June
Mailing List
Recent Posts
Website developed in Brighton by Infobo
Copyright © Brighton Source 2009-2021
Swenglish, Sat 13th June - Brighton Source