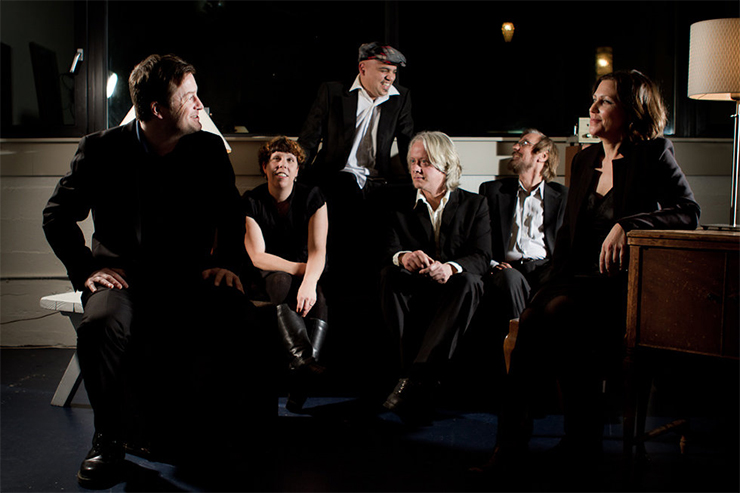 The Delines were formed in 2012, shortly after Amy Boone was drafted in to sing with alt-country band, Richmond Fontaine, headed by Willy Vlautin. Richmond Fontaine first came on our radar in the early noughties. Back then, the band released many excellent albums, including ‘The Fitzgerald’, ‘Thirteen Cities’ and 2004’s exceptional ‘Post To Wire’. Vlautin’s lyrics offer a touching depiction of characters from America’s underbelly, and it is no surprise that he is also an author. With five novels under his belt, including ‘Motel Life’ and ‘Lean On Pete’, both of which have been turned into films, he is a consummate wordsmith.

It was when the band was reviving said ‘Post To Wire’, with Amy Boone singing the female parts of the songs, that Vlautin hit upon the idea of The Delines. He was so impressed with her powerful, yet heartbreakingly longing, voice that he formed a new band around it and wrote a whole new set of songs for Boone to deliver. In 2014 they released their first album, ‘Colfax’, and we caught them delivering a great set at the Green Door Store. Now, five years later, they are back to promote their latest album, ‘The Imperial’. The music – a country-soul hybrid – is both evocative and moving. We can’t wait to see them again.

Paul Stewart is an author - mainly novels for kids - but his main love has always been live music. These days, the words that fill his head at gigs often turn into reviews for Brighton Source, the going-out bible for his favourite city anywhere, ever.
← PREVIOUS POST
Molly Nilsson, Fri 8th Feb
NEXT POST →
KOKOROKO, Tuesday 4th February